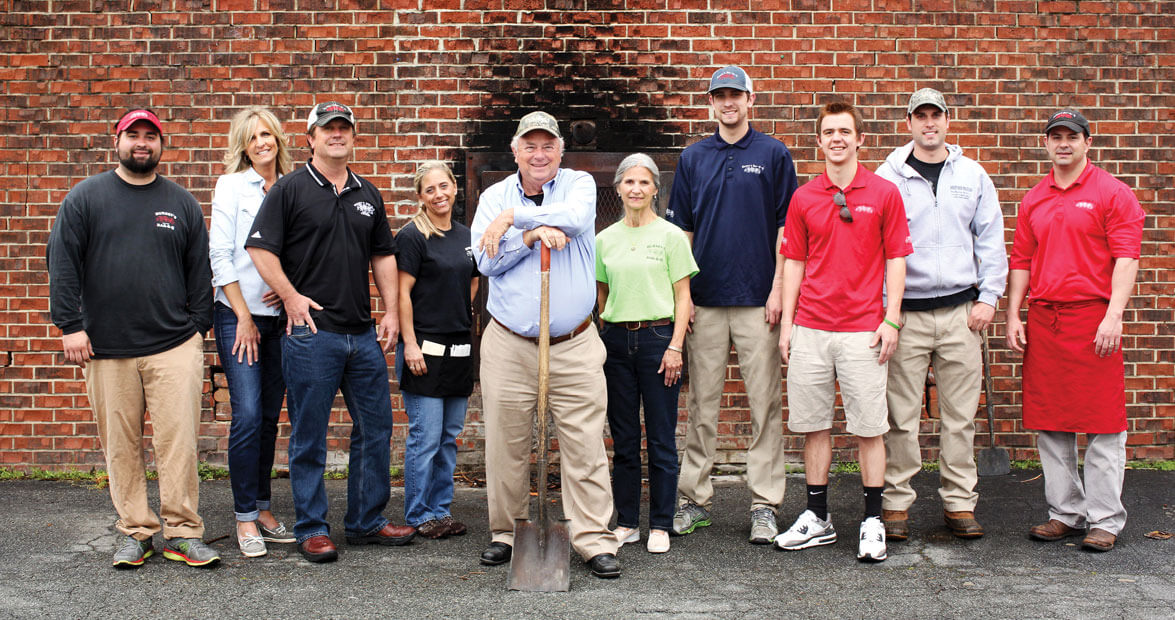 Creation stories are as important to barbecue joints as they are to the culture and history of the entire world. For instance, some say the Great Smoky Mountains were formed when a giant buzzard fell out of the sky. This is the same sort of thing you’re going for with barbecue joints: something big, something memorable. Facts are never as important as the truth. I wager that if you ask a proprietor about the origins of his particular establishment, he will not tell you that “it just seemed like a good idea at the time,” or “market research indicated that this was a propitious location for an eatery of this size and kind.”

On the contrary, barbecue joints are created in the misty dawn of another time by an ancestor — most always a man — who was brave and strong and hell-bent. A wild, devil-may-care man. A legend along the lines of Daniel Boone and Paul Bunyan. A story kids tell their kids, who tell their kids, and it goes like this: Once upon a time, our town was terrorized by giant hogs. They weighed close to 1,000 pounds each and were as fast as a cat getting out of a frying pan. We lost everything: our crops, our homes, our dogs. Then Great-Grandaddy dug a pit as big as a football field and deep as an ocean and covered it over with saw grass and lured the pigs into it. Then he invented fire and cooked ’em, and we ate for several generations.

Hursey’s Bar-B-Q in Burlington has a tale like this to tell. In the mid-’40s, patriarch Sylvester Hursey and a good friend were engaged in a night of bacchanalian revelry — they had a little party that got out of hand — and at some point it seemed like a good idea to find a pig and cook it, so that’s what they did. I imagine them in the still heat of a Carolina summer’s night, climbing over a splintered wooden fence and into the pigpen. The moonlight broke through the limbs of the giant oak and shone on the chosen pig, as big as any pig there ever was, and the two of them wrestled with it into the night, coming this close to losing their own lives in the process, but finally emerging victorious. They had their pig, and then they dragged it halfway across Alamance County and fired up the pit and cooked it.

Something like that very well may have happened. Followed by merriment and cheer.

But when Sylvester woke up the next morning (probably in the middle of a cornfield somewhere, if I know Sylvester), his head hurt, his friend was gone, and he had a whole lot of pork on his hands. Folks from the neighborhood came around, lured by the irresistible porcine bouquet, and that’s when the first Hursey’s barbecue sold. When that pig was gone, they wanted another, and another, and Sylvester and his wife, Daisy, gave them what they wanted, and it happened like this again and again and again.

This is how barbecue history happens: one pig at a time. That same year they applied for and got the first license in the entire state to sell barbecue wholesale. According to his son Charles, Sylvester not only cooked a mean pig, he could train them to sit at a table and hold cards and play a game called Setback, and if the pig started winning, it’d be the first one on the pit that same night; if it lost, the second.

From its humble backyard beginnings, Hursey’s has become something of a pork powerhouse. There are now three locations in and around Burlington, billboards on Interstates 85 and 40, and there’s a wholesale plant out on N.C. Highway 87, where chili and dipping sauce and pork shoulders are cooked in quantities that will astound you.

Charles Hursey is, as his son Chuck calls him, “a living legend,” and the real reason Hursey’s has become a must-stop on the North Carolina Barbecue Trail. He’s somewhere around 70 years old, though you would never guess it. He’s warm and sincere, but if I were a hog about to give my life for the cause, his is the last face I’d want to see. At the flagship Hursey’s restaurant on Church Street in Burlington, he either knows you or is related to you, and if I’m exaggerating, I’ll turn vegan. Charles started working full-time in the business the day he graduated from high school in 1960, and since then he’s only stopped working long enough to make a family — a family that has ended up mostly working for him and his wife, Ellen. Ellen still comes in to work every day, and she’s usually at the cash register. It’s not because she has to work, but because this is the only way she can count on seeing her husband, her kids, her nieces, and her nephews.

Charles says, “If business doesn’t come first, nothing else comes under it,” and this is surely true of the Hursey’s family empire.

Pig by the pound

I ate a lot while I was there, one of everything, from the broasted chicken to the delicate barbecue to the perfect hush puppies to the hot apple turnovers, and, oh, it was all so good. Hickory-smoked pork shoulders along with Hursey’s Old-Fashioned Barbecue Sauce, which is just a little east of western, and west of eastern, is something you’ll want to eat before too long.
Charles also took me on a tour of the wholesale outlet. It’s as big as an elementary school football field, full of vats and high-tech pits and bag after bag of cabbage. Thousands of pounds of pork are shipped out of this place in a week, and, on a single day, enough chili is produced to complement 200,000 hot dogs. Simple math dictates an impossible, even frightening number of hot dogs complemented over a 10-day period.

Wholesale is a serious business. Federal inspectors visit the Hursey plant every single day, because when you’re shipping food across state lines — and Hursey’s ships food across all of them — it’s the law. Detailed logbooks are kept, in which the temperature of the meat is recorded, at every stage of its coming and going. One of the cooks even has to go to a kind of cooking school called HACCP — or Hazard Analysis and Critical Control Point — so he’ll know how to make the Hursey magic at the specific temperature for the exact right amount of time. And they do it: Hursey’s has never had a single problem. All this from one night of Sylvester’s mischief, what a story. I want to be a part of it myself. I want to be the guy who played poker with the pigs.