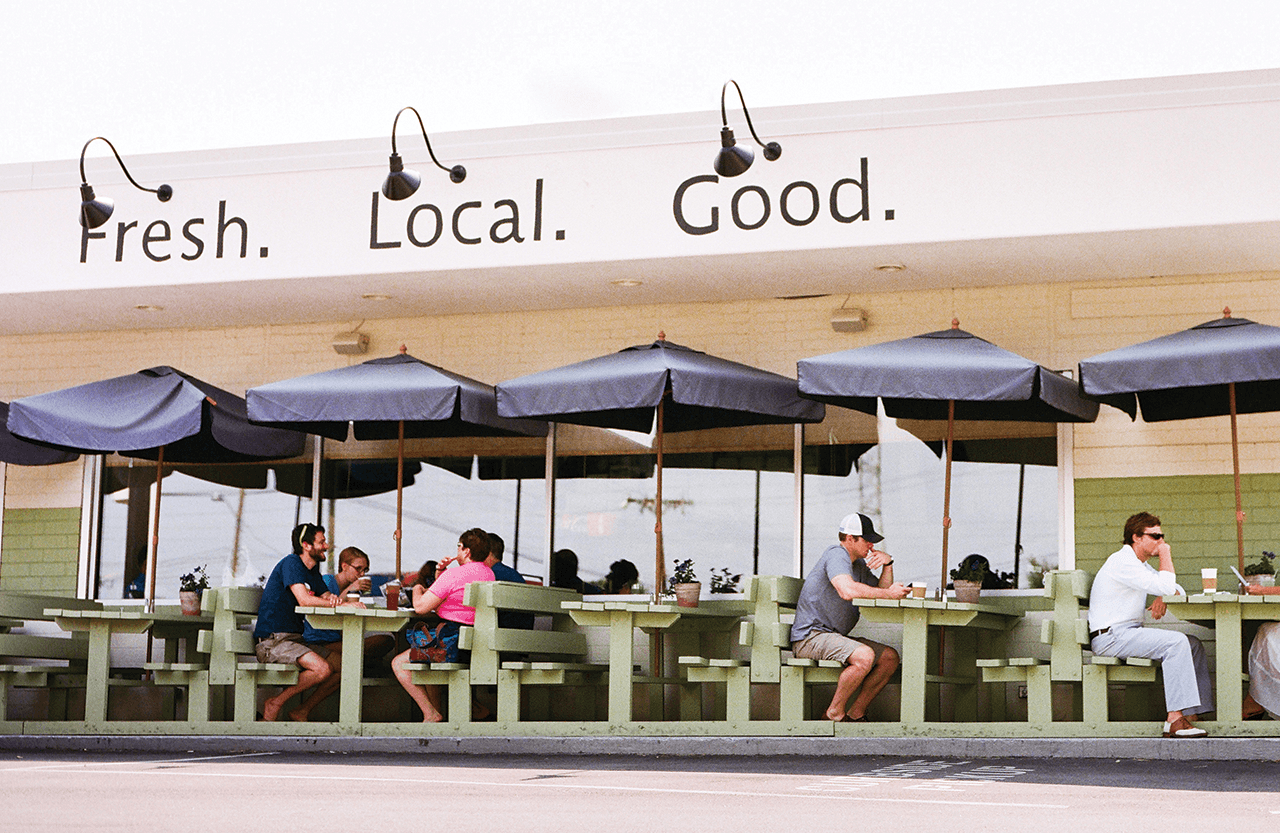 Before she developed the first menu, before she even inked a lease to the building, she settled on those three words. They describe everything she wanted her restaurant to become. For that reason, those words became the restaurant’s slogan, which you won’t soon forget if you look around. It’s everywhere.

“Fresh. Local. Good.” is painted in bold, black letters on both sides of the building’s exterior. It’s on the waitstaff’s T-shirts. And it’s on the paper menu you’re handed when you sit down.

But how do those words translate to practice?

“Our goal is for 80 percent of the food to be locally sourced,” Comer says. An impressive figure, by any measure. Then again, if you’ve eaten at a restaurant in the past decade you may have become numb to the promotion of locally sourced food.

Comer says it’s not just about the food, though. It’s about building a community that wants to know where its food comes from, whether it be chicken, beef, or eggs. And the eggs are extremely important at the Iron Hen. 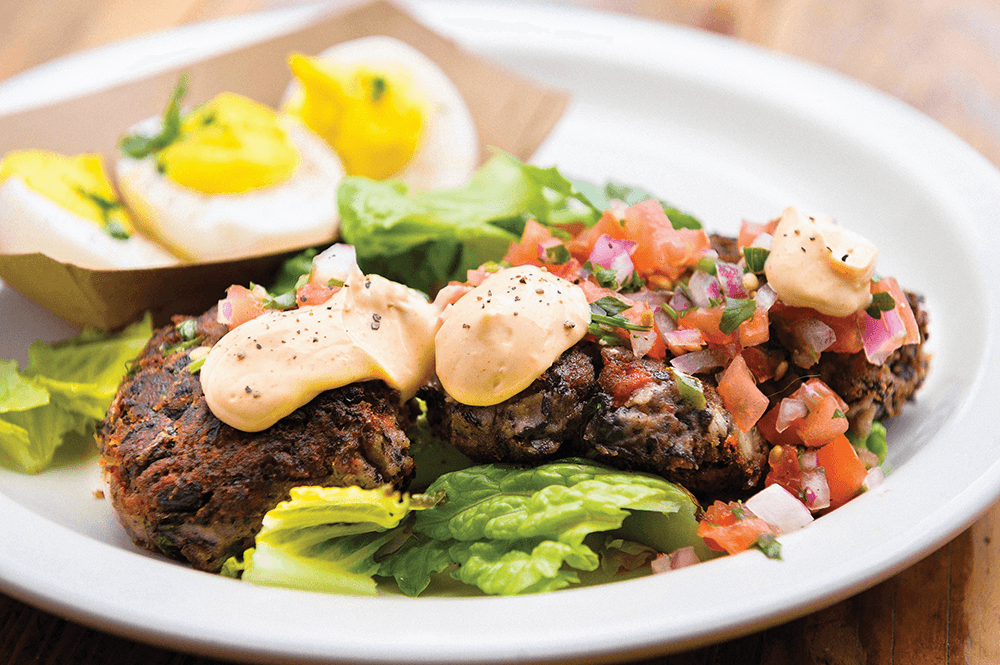 What with omelets, scrambles, and Benedicts on the breakfast and brunch menu, the restaurant needs a constant supply of beautiful eggs. Consider, too, that with every salad and sandwich served at lunch and supper, the Iron Hen includes its signature “Very Good” deviled egg on the plate.

That brings us to another of Comer’s ideas — the name Iron Hen. She figured a hen embodies the restaurant’s promise of fresh, local food that just plain tastes good, because hens, especially laying hens, symbolize qualities like provision and care. Qualities you should expect in a satisfying meal.