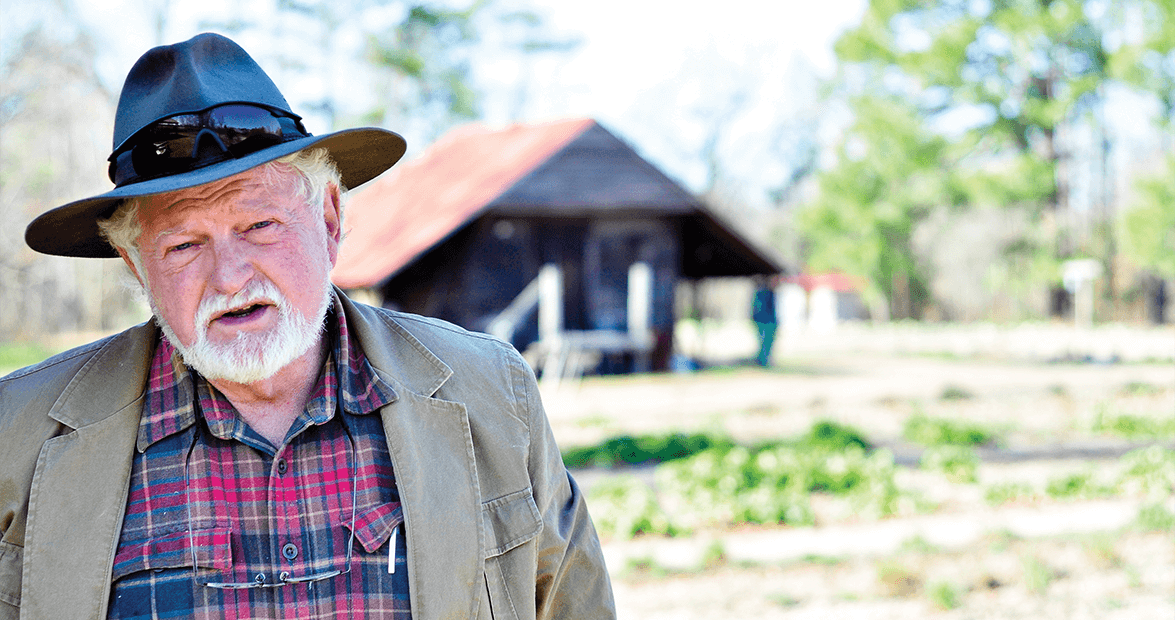 When Tom Jackson peeled back the interior wall of his great-grandfather’s 1830s home, he found a knife, two forks, and a spoon sealed up inside.

Jackson’s great-grandfather placed the utensils in the wall as a talisman against hunger. And the old Scottish tradition worked.

Jackson and his wife, Jan, are the fifth-generation owners of Jackson Farm, a 150-acre tract of land in Sampson County, about 30 minutes east of Fayetteville. After growing up on the farm, Tom left for college and work in the city. But the 200-year-old farm drew him back in 1980.

“Tom is not happy anywhere else, and I learned to love it,” Jan says.

Jan’s upbringing on the Outer Banks gave her the skills she needed for life on the inland farm, especially when it came to being resourceful like her commercial-fishing forefathers. And she turned out to be a better farmer than Tom.

“He fixes and invents things, and I like growing,” Jan says. “Growing is a positive thing.”

Jackson Farm focuses on small, chef-friendly, niche crops, such as garlic and other alliums, as well as heirloom vegetables, herbs, and edible flowers. They also sell plants, fig bushes, and fruit from their trees.

Early on, the Jacksons saw niche farming as a way to stand out from the crowd. While everyone around them grew sweet corn, squash, and tomatoes, they researched the food fads of the West Coast, knowing that those trends would trickle east within a year or two.

In the 1990s, when chefs started asking for edible flowers, Jan tried any flower that would grow in the Sampson County climate, from tulips and gladiolus to passionflower and roses. She liked dianthus for its clove overtones, bee balm for its citrusy flavors, and herb flowers for their color.

But her favorite edible flower discovery was gardenia — the traditional Southern flower she’d seen and smelled all her life but had never thought to bite.

“One June, I picked one and ate it and was blown away at how good it was,” she says. “Gardenia blossoms have texture. They’re chewy, and that perfume smell somehow gets into the flavor.”

Experimenting with new crops requires experimentation in the kitchen. The Jacksons constantly grow, sell, cook, eat, and talk about food.

Jan throws flower petals into salads or beer batters them and fries them into puffy, sweet fritters. She does the same thing with elderberry flowers. She prepares tea from yaupon growing on the farm and hopes to market it as Carolina tea.

Today, the Jacksons invite visitors to stay in their guesthouse surrounded by 10 acres of woodland. It’s a simple retreat for those who want to escape the city for a couple of days.

The farm’s open space and pastoral scenery make an attractive backdrop for weddings. The wedding bell in the garden is the same one Tom’s grandmother once used to call the hired hands to dinner. 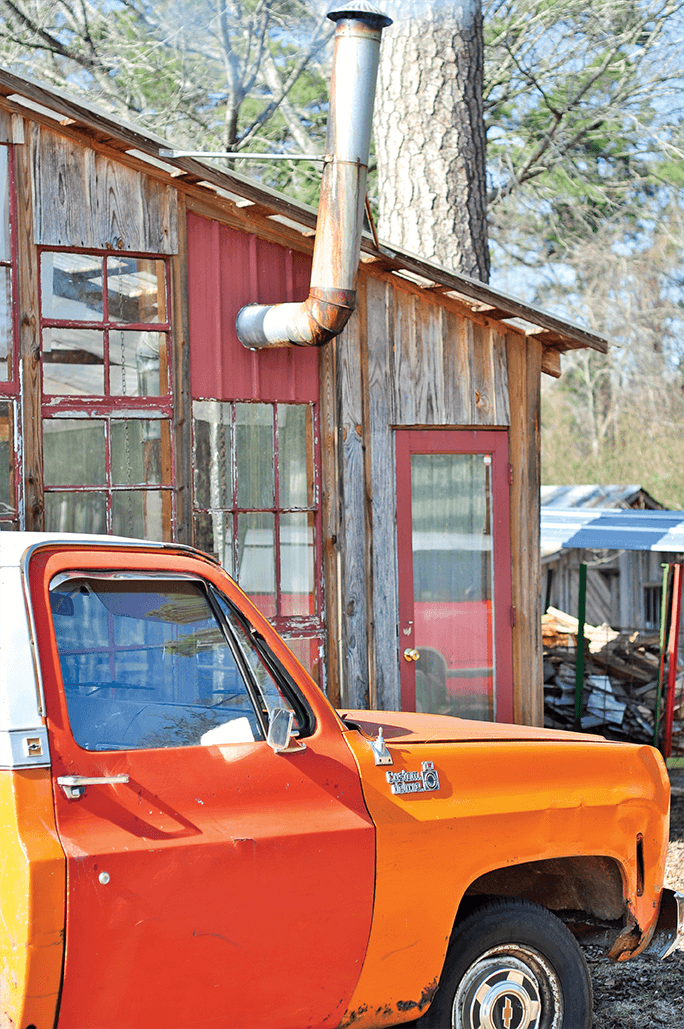 Soon, he’ll return the utensils to the wall of his great-grandfather’s home, which he plans to renovate into a library. And someday, Jackson hopes, his grandson will take over this land and continue doing what Jacksons have done for two centuries — in his own way, of course.

Combine the beer, flour, sugar, and salt, and let stand for 3 hours or more. Wash and dry the gardenia petals. Dip in powdered sugar, then into the batter. Heat oil to 375°, and cook petals until golden.