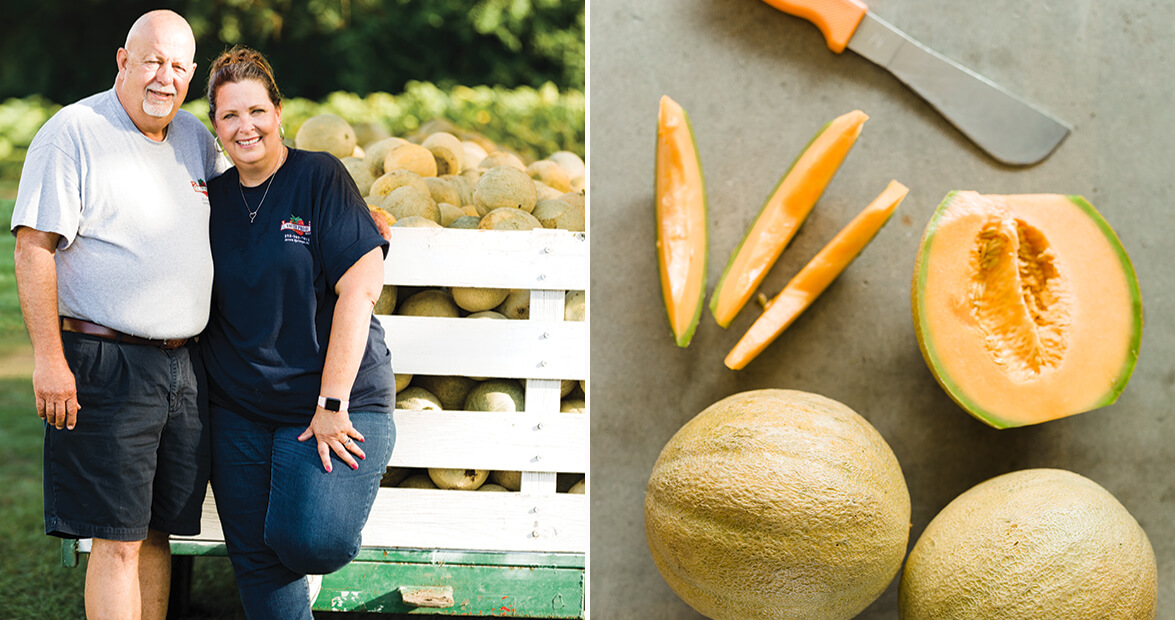 When it came time, in the 1950s, for the third generation of Smith men to farm the family land in Lenoir County, there was a small hitch — a young T.C. Smith wanted to try his hand at something else. So the hardworking young man joined the Navy, went to Duke University on the G.I. Bill, and began teaching chemistry and math at Lenoir Community College.

Curtis also grew up working on this land, and, at 18, he left and earned a degree in agricultural science. But he couldn’t stay away for long, either. That was something he shared with his father, and T.C. understood implicitly. “Dad knew I wanted to farm,” Curtis says.

So in 1985, the Smiths — both father and son — planted an acre and a half of cantaloupes and watermelons, plus three acres of strawberries, in the sandy soil. Curtis was 25 years old and didn’t even like the taste of cantaloupe, but it was an all-hands-on-deck operation: Curtis’s mom, Nell, was the main picker, and his brother, Wade, came home from college to help out. The next year, they doubled their melons and added a peach orchard. They called the venture T.C. Smith Produce. 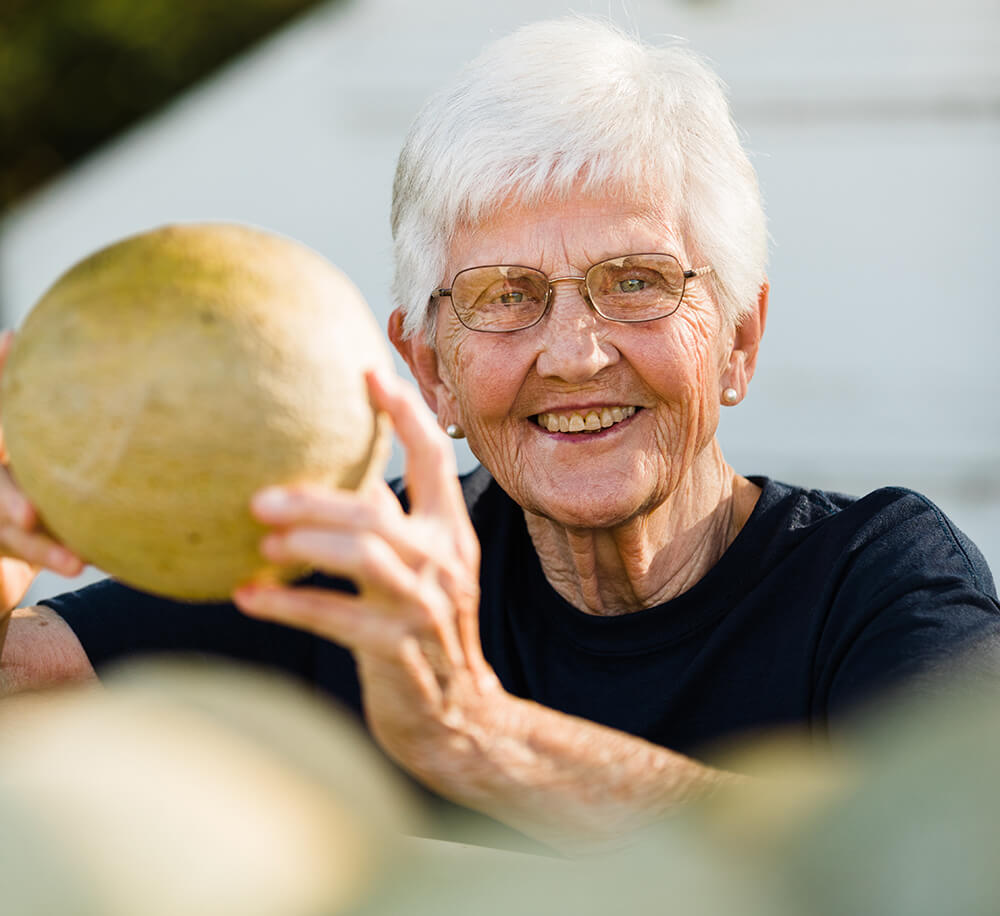 Nell Smith has worked this land for decades. These days, you can still find her helping out in the farm market. photograph by Baxter Miller

Before long, they were growing enough produce to keep customers satisfied all year: asparagus in the spring; sweet corn, honeydews, watermelons, and tomatoes through the summer; and sweet potatoes, collards, and cabbages in the fall and winter. In the early 1990s, when T.C. began working longer hours for the state agriculture department, Curtis officially took over the family farm.

Today, the Smiths plant 22 acres of strawberries every year, and around 150 acres of their sweet, juicy melons. “You name it, he grows it,” Nell says. “We’ve come a long way, and I’m very proud of Curtis because he stuck with it.”

Nell still helps out at the farm store. A portrait of T.C., who passed away in 2008 after 51 years of marriage, smiles just over her left shoulder as she counts out change at the register and chats with friends and customers. They linger over big white bins of fresh produce sitting atop rows of jarred jams, jellies, and sauces.

In the summer, Nell loves to watch folks wander through the rows of ripening berries in the small pick-your-own patch, towing kids with red juice smeared across their faces and fingers, hardly a strawberry making its way into a pail.

As for the Smiths’ famous muskmelons — so called because of their luscious, sugary fragrance when ripe — the harvest starts in late June and ends around Labor Day. All of the cantaloupes are picked by hand, piled into peeling white- and green-painted trailers, then rolled under a washer and sanitizer and through a size sorter to be barcoded. Although the farm still delivers directly to families around town and sells at a nearby farmers market, they also ship their melons to military commissaries around the region.

There’s no real offseason on a farm. At T.C. Smith Produce, the entire family works hard, but Curtis credits his parents for the success of their little family farm turned big, year-round growing operation. “They very easily could have traveled and done anything they wanted to when they retired, but they loved the farm, and they loved being here,” he says.

And it turns out that Curtis does, too. There are days when he feels low, or overwhelmed, and he questions his choice to remain a farmer. There are times when he worries about what will happen to his fourth-generation farm if his kids don’t have an interest in taking it over. But those thoughts are usually quieted by the little voice in his head that takes over as he walks around the farm, checking off things he could do to make the next year’s crop even better.

And by the memory of his dad, who, even after he accepted that full-time job with the state, came home every afternoon and worked the land. His sense of diligence and duty, and love of farm and family keeps Curtis going, too.

“It’s in his blood, I guess,” Nell says. His wife, Kim, agrees: “He wouldn’t be happy if he was doing anything else.”