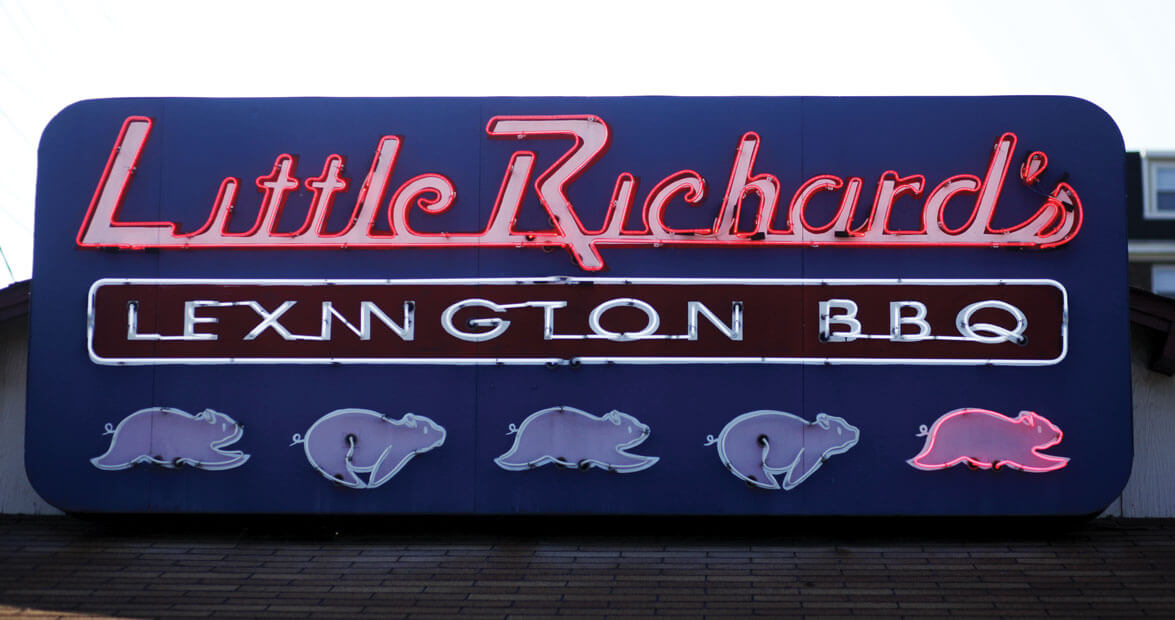 Richard Berrier, who gained his barbecue experience in Lexington, started his first restaurant in Winston-Salem in 1991. He decided to open his establishment to keep people in Forsyth County from having to drive to Davidson County to get real Lexington-style barbecue.

By any measure, Richard’s place on Country Club Road has to be regarded as one of the best barbecue restaurants in North Carolina. Rocking with music played at a higher-than-normal volume, it’s decorated with old signs advertising cigarettes, soft drinks, and the like. The restaurant is laid-back, comfortable, and nearly always crowded. One of the most important decorations is a 1999 “Certificate of Barbecue Excellence” from the North Carolina Barbecue Club.

The barbecue is pure Lexington-style. It’s pulled from pork shoulders, which are slow-roasted over wood coals for twelve to fourteen hours. It has both a robust, smoky flavor and the bewitching taste and aroma that come when juice drips onto coals spread directly beneath the meat. This process produces small clouds of aromatic steam that give the golden-brown meat a grilled taste that complements the overall smokiness. Whether it’s coarse-chopped, chopped, or sliced, the meat at Little Richard’s is so tender that it practically falls apart without being chewed.

Little Richard’s Lexington dip deflates the common misperception among easterners that Piedmont barbecue basically consists of “a hunk of dead hog meat with ketchup on it,” as the Raleigh News & Observer’s Dennis Rogers once wrote. Typical of many Lexington dips, Richard’s blend is still strongly vinegar based, with a bracing dose of pepper. An additional hint of onion flavor will not lessen the taster’s inevitable conclusion that the differences between eastern North Carolina sauce and Lexington dip are subtle indeed.