“Our father, who art in Heaven, hallowed be thy name,” I preach in the loudest voice I can muster at 7 years old, my head barely reaching over the walls of the octagonal wine-glass pulpit. The prayer reverberates off the vaulted plaster ceiling of Old Saint John’s Episcopal Church, across empty box pews, reaching a congregation of two: my sister Megan and my grandfather Harris.

“… For thine is the kingdom, and the power, and the glory, forever and ever. Amen,” I finish, proud that I have recited the entire prayer from memory. I race down the narrow steps from the pulpit and into the front pew, tagging Megan on the arm and yelling, “You’re it!” I dart across the original wooden floorboards between the pews — my footsteps echoing in the empty sanctuary — out the double doors, down the circular brick steps, behind the church, and into the cemetery. Megan races after me, and we zigzag between headstones and around enormous oak trees, our feet crunching on giant acorns as we chase after each other. 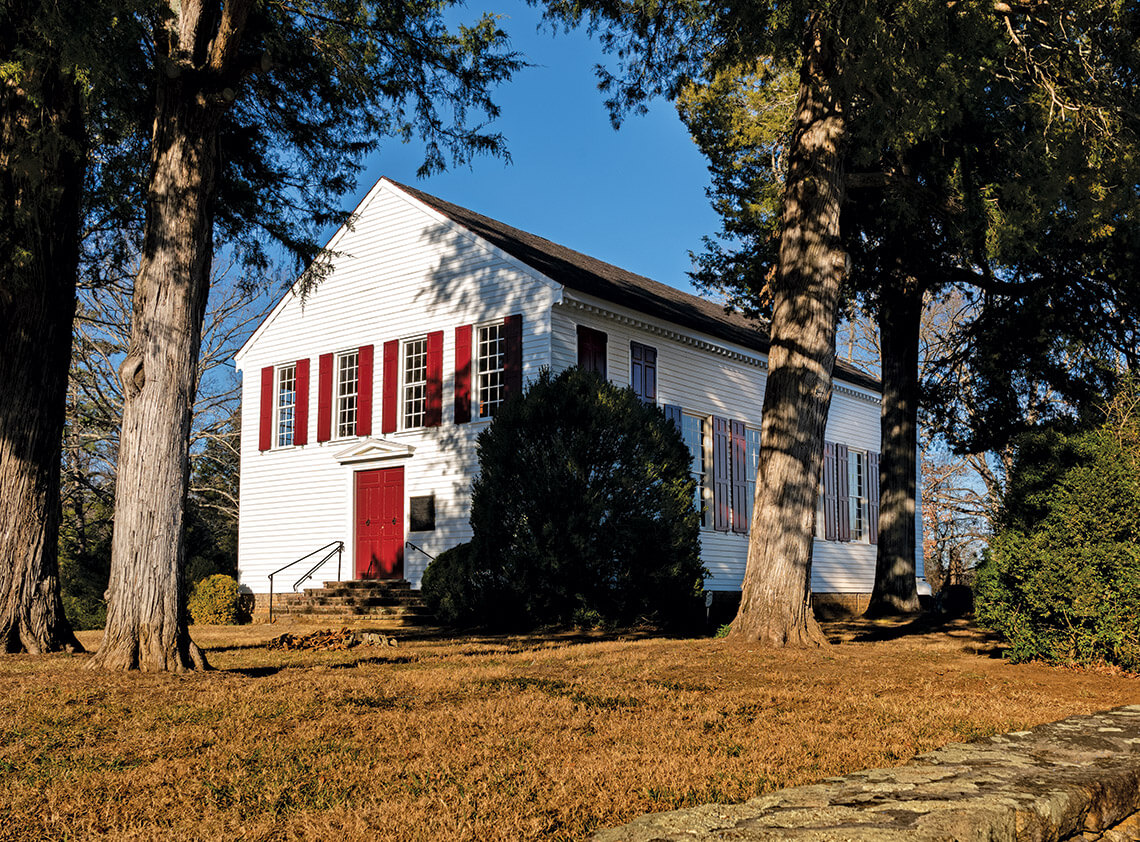 The double doors of Saint John’s, original to the building, have four tiers of panels alternating between long and short, with a single panel across the top — a rare arrangement in the United States. photograph by Charles Harris

We finally collapse on the grass, and I lean over to look at the nearest headstone, a worn marble obelisk with a list of nine names. “Rebecca P. Turner,” I read, and beneath it, “Courtney Ingles.” Of all the historic tombstones in the cemetery, this one is significant to me because it’s where my parents got my name — Courtney Rebecca — on a fall day in 1986, when my father accompanied my mother on one of her frequent walks to the church for exercise during her pregnancy. 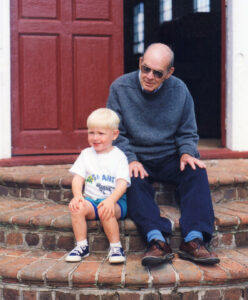 This church in Williamsboro, about an hour north of Raleigh and 10 miles south of the Virginia state line, has been important to my family since long before I was born. My great-great-grandfather Junius Lee Wilson purchased the property beside Saint John’s in the 1890s, and for the next 120 years or so, members of my family lived within a tenth of a mile of the church.

When my father was a child, he would sit at his grandfather’s country store, across the street from Saint John’s, and watch for motorists stopping by on their way back from a day at nearby Kerr Lake, drawn by the silver historical marker on NC Highway 39. He would give unofficial tours, showing off the grave of Sarah Ravenscroft — wife of the church’s first bishop — and telling the story of how some of Lord Charles Cornwallis’s army may have spent a night in the church during the American Revolution. “I grew up loving colonial history,” he tells me, years later, “and that was a tangible example of colonial history right there, three doors down from my house.”

Completed as an Anglican church in 1773, Saint John’s is one of the state’s oldest churches. At the time of its construction, it was called Nutbush Church after the surrounding community, which would later be known as Williamsboro.

Some of Cornwallis’s troops may have spent a night in the church during their march north to Virginia, and a scorch mark on the balcony floor is rumored to be the result of a fire that the soldiers built to stave off the winter cold.

“I haven’t found any record of it,” says the Rev. Donald Lowery, current chair of the Saint John’s Committee and better known as Father Don. “But absence of information doesn’t mean it didn’t happen.” Locals considered the story likely enough to preserve the burn marks under a glass frame. 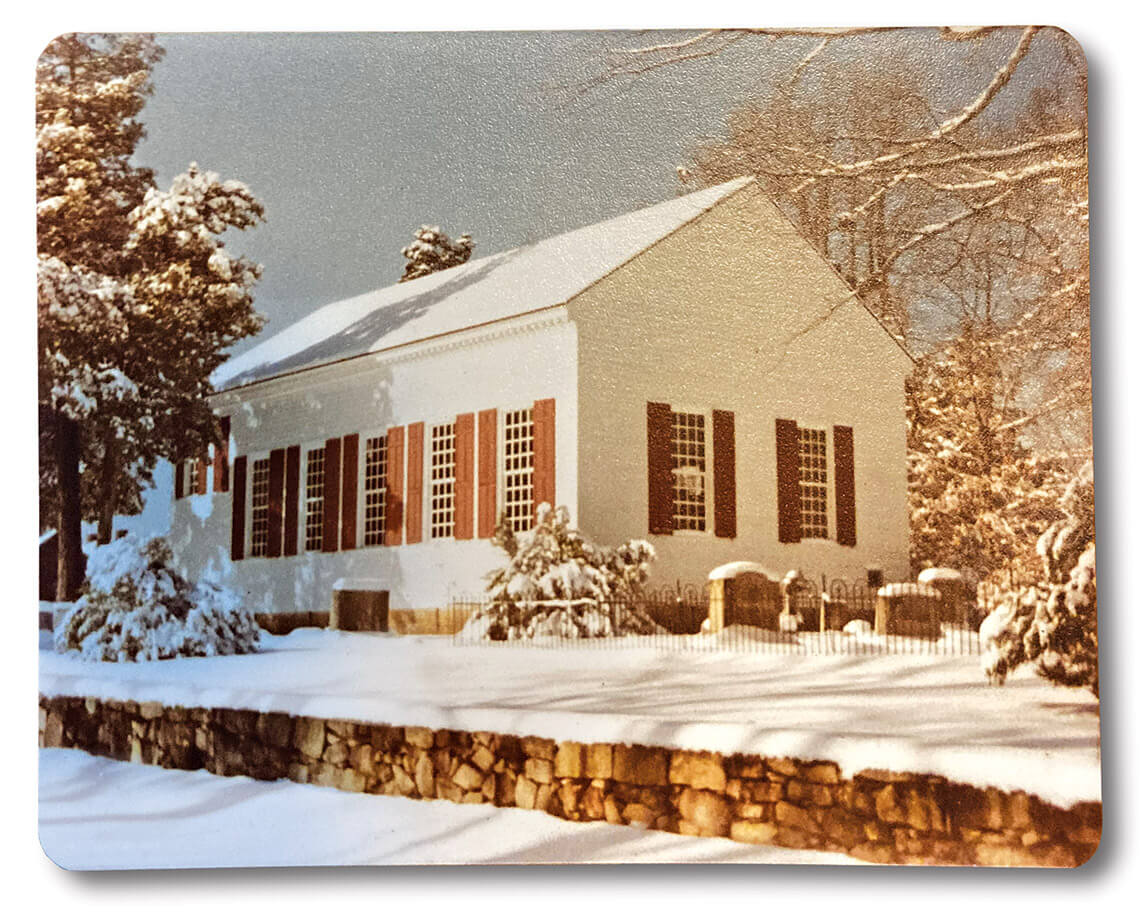 In 1823, John Stark Ravenscroft was elected as North Carolina’s first bishop of the Episcopal Church, which had separated from the Church of England following the Revolution. Two years later, Ravenscroft reconsecrated Nutbush Church as Saint John’s Church, and shortly thereafter moved to Williamsboro to serve as rector. According to family lore, during his tenure there, he lived in the home — two doors down from the church — that my great-grandfather Stephen Elbert Wilson purchased in 1917. It’s the same home where my grandmother Bert and her sisters grew up, and where my sister and I lived during the early years of our lives.

Williamsboro was prosperous prior to the Civil War, but two things led to its shrinking influence: The Raleigh and Gaston Railroad, completed in 1840, bypassed Williamsboro, stopping instead in what is now Henderson. Meanwhile, the abolition of slavery meant that agriculture, the area’s primary industry, was not as profitable as it had been before the war. People began to migrate away, and both the population of the town and the size of the church congregation dwindled. Around 1900, the rectory burned down, and what had once been one of the wealthiest parishes in the state could not afford to build a new one. The bishop closed the church in 1901. 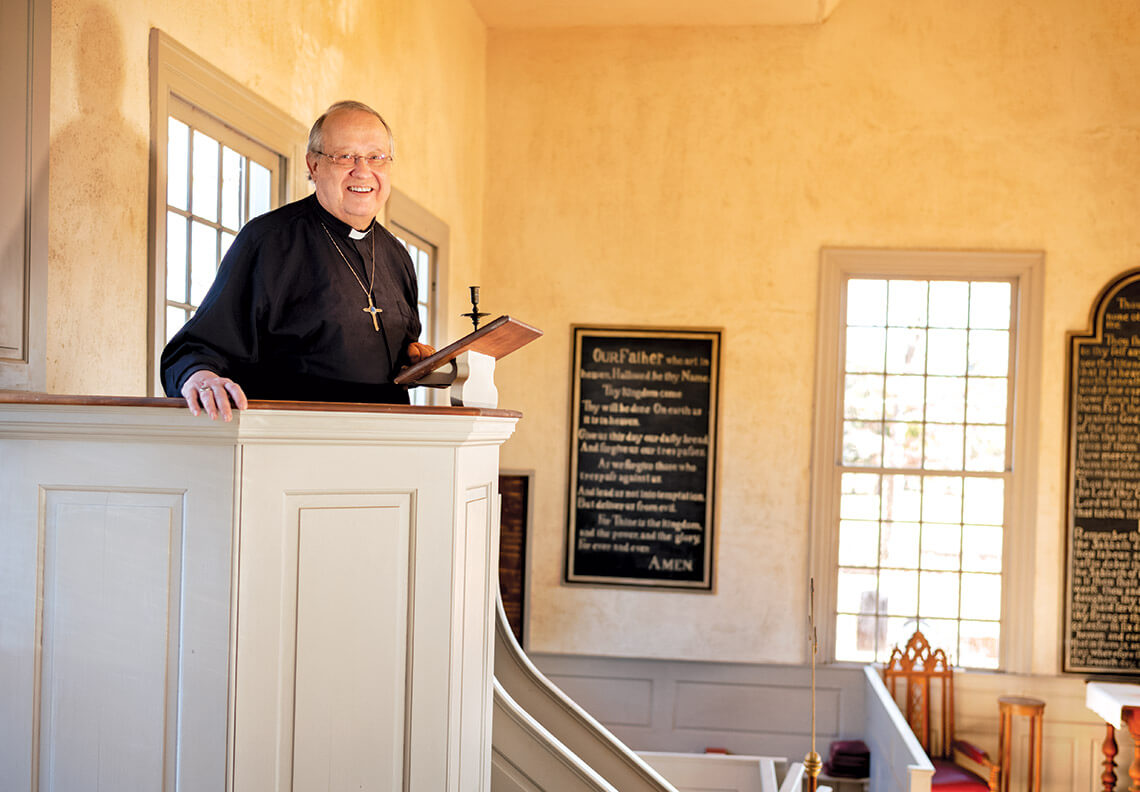 When he’s not doing work for the Saint John’s Committee, Father Don Lowery can be found at the Episcopal Church of the Holy Innocents in Henderson, where he serves as pastor and rector. photograph by Charles Harris

For half a century, Saint John’s was abandoned. Then, in the late 1940s, Bishop Edwin Penick contacted Colonial Williamsburg on behalf of the church, and a consulting architect was sent to do a survey. The building was an 18th-century jewel, the architect determined, and the outside of the church was stripped to the bare frame and rebuilt.

The pews, which at some point had been restyled to face forward, were restored to their original box orientation. “This was what Anglicans would have called an auditory church,” Father Don says. “You didn’t come to see the service; you came to hear the word of God.” The wine-glass pulpit, which had been removed, was reconstructed based on discolorations on the wall and similar designs from a colonial church in Virginia.

When I was young, my grandfather Harris was on the Saint John’s Committee and helped with the church’s upkeep. Since we lived so close, he would walk to the church periodically to check on things. While he worked, Megan and I would play hide-and-seek in the pews, or practice reading the Roman numerals on the plaque of the Ten Commandments posted at the front of the sanctuary, or run up into the balcony to count the pedals on the old pump organ.

Although Saint John’s hasn’t had an active congregation for more than 120 years, there is a homecoming service every October, followed by a potluck for which my grandfather used to cook fried chicken, ham biscuits, and cheese straws. We would all sit stiffly in the high-backed pews, singing hymns and saying prayers, all the while thinking about the feast and fellowship to come. 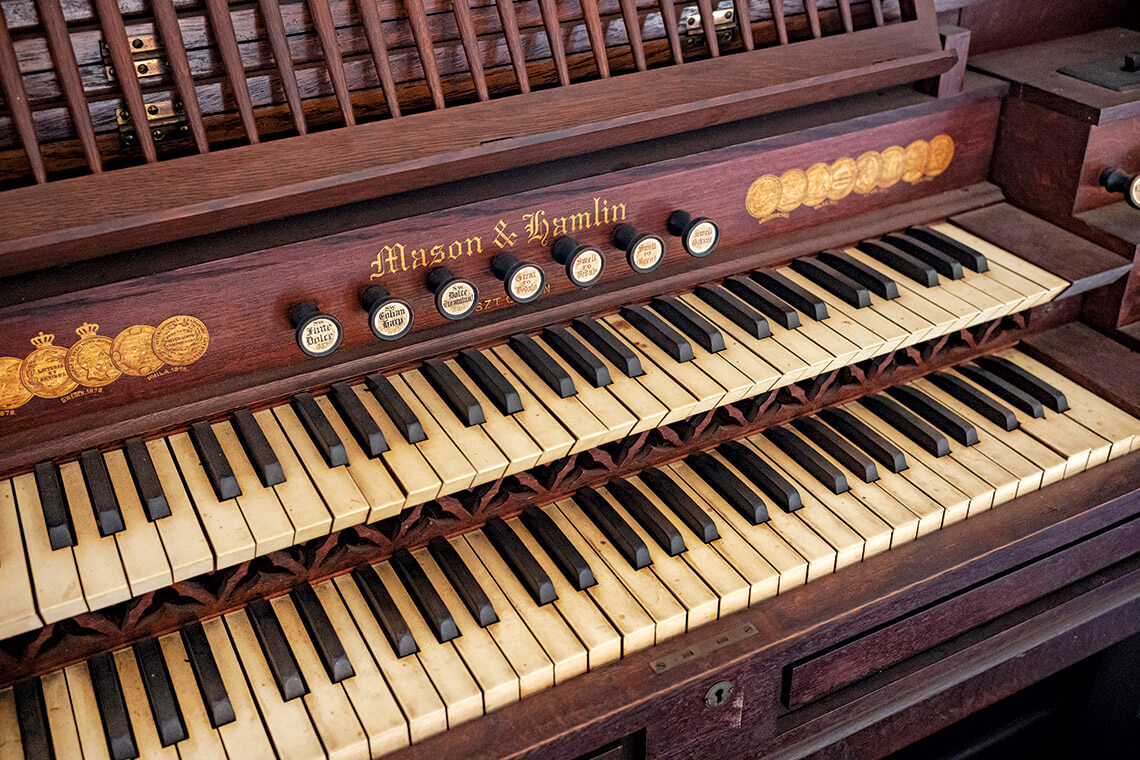 The Mason & Hamlin in the balcony is one of the church’s two pump organs. photograph by Charles Harris

No one in my family lives in Williamsboro anymore. The last two services I attended at Saint John’s were my grandparents’ funerals. In his eulogy for my grandmother, my father pointed out that other than attending Meredith College in Raleigh, Bert had lived her entire life within walking distance of this church. In its shadow, she had grown up, settled down, raised children and grandchildren, and now would be laid to rest next to her
husband.

Recently, I made the trip from Raleigh to meet with Father Don and get another precious look inside the church. There has been an exterior renovation of the building, and it looks as good as new. After our meeting, I took a walk in the cemetery to lay some flowers at my grandparents’ grave. Although they were both members of another church, Saint John’s was a significant enough part of their lives that they wanted it to be their everlasting resting place. “To them, it was home,” my dad says. And to me, as well, Saint John’s, and Williamsboro, will always be home.