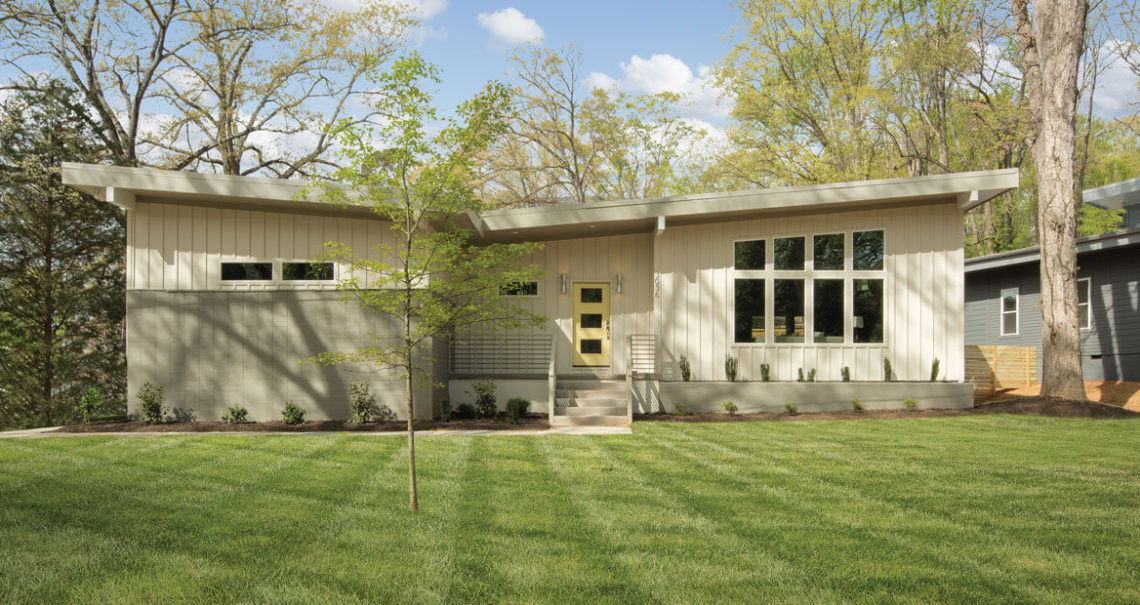 Nostalgia led Scott Toney to buy this house, even before its construction was complete. It’s a mid-century-style ranch in a mid-century neighborhood, even though it was built in 2017.

“The house where I grew up and all the houses in my neighborhood when I was a kid were mid-century ranches,” Toney says. “They had weird little features. Man, I miss those houses.”

He downsized from a large, English country-style home in Plaza Midwood to this stylish 1,563-square-foot ranch just a few blocks east in Country Club Heights. Surrounding the house are three other new ranches. And surrounding those is a neighborhood full of 1950s and 1960s originals.

We can pause here to allow the obvious joke, that the closest Charlotte gets to respecting history is building new things that look like old things. But the joke’s not quite right this time. This is about a broker and a home designer building a love letter to the mid-century ranch and, as they did, restoring a corner of a neighborhood to the way it was meant to be all along.

That broker’s name is Charlie Miller, and if you’d put his plan to a committee, it would’ve been vetoed. His idea: to build four unique mid-century-style ranches on Palm Avenue in Country Club Heights. Their size would be a fit for the neighborhood, but their bold styles would make a statement. Miller called his vision The Atomic Palm Project.

Country Club Heights spent decades as a sleepy suburb of modest homes and tall trees, but recently, it’s become a hip neighborhood. As real-estate prices soar the closer you get to the center of the city, this spot — just around the corner from Plaza Midwood and a short drive to Uptown — has become hot with buyers.

Ranches are a bad idea for cities, usually. The economics of urban development typically call for homes with as much square footage and as small a footprint as possible. If you’re going to build a foundation and a roof, you want to maximize the money-making stuff between the two. The narrow two-story Craftsman-style homes popping up around this neighborhood illustrate that.

But Miller had a vision for ranches — single-story, big-footprint ranches — and he needed a partner. He reached out to home designer Rachel Taylor, co-owner of THR Design Build.

Mid-century-style ranches may have economic drawbacks, but they’re fun to design. Every ceiling can be vaulted. Transom windows suffuse rooms with light. And don’t get Miller and Taylor started on angled rooflines. They swoon over a butterfly roof. They’d make more money with two-story houses, sure, but would they have this much fun? 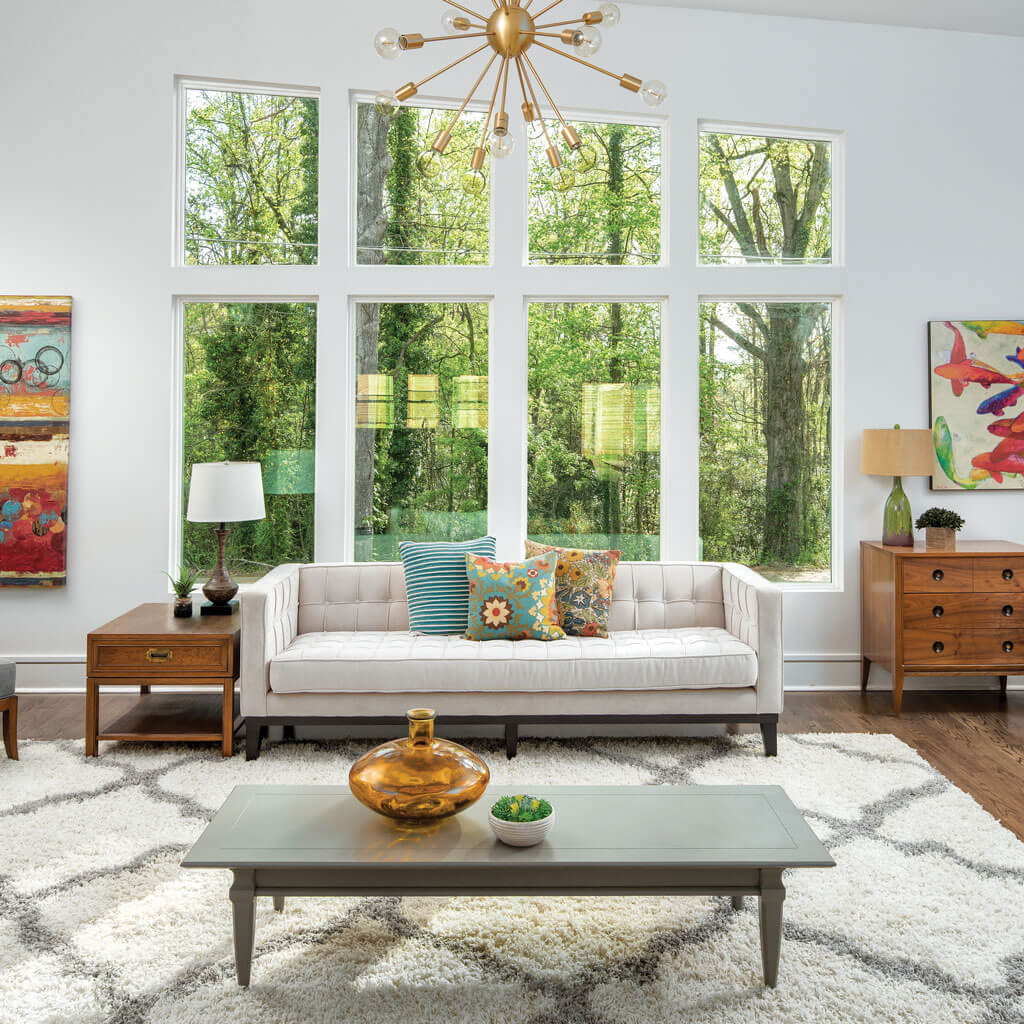 This ranch home on Palm Avenue in Charlotte has a mid-century look that belies its age. It, and several others nearby, were built in 2017. photograph by Joe Purvis

Miller found a one-acre lot — actually six lots that had long ago been combined by a single buyer — with one house in the middle. The original home was in beautiful shape, and Miller wouldn’t raze it. He hired home movers to relocate it 150 yards to make room for The Atomic Palm Project. “It took 10 days for them to separate the brick from the foundation and 10 minutes for them to move it,” Miller says. “But it was too nice to tear down.”

Miller subdivided the land into five lots. The new homes he built on them are full of big windows, overhangs, and interesting rooflines. One house has one of the few butterfly roofs on a single-family home in Charlotte. And unlike many of the new homes here, these stand apart without towering over the rest.

“There are a lot of [developers] who come in from somewhere else and look to make a quick buck. They’ll stick whatever house plan fits on a plot of land and sell it. That’s kind of a bummer,” Taylor says. “We live here. We try to be as respectful as possible, to be kind to the neighbors.”

The success (and fun) of The Atomic Palm Project encouraged Miller and Taylor to partner on two new mid-century-style ranch projects, and they’ve got an eye out for opportunities for more.

“Making new houses like these is filling a need,” says Toney, a real-estate agent. “When really nice mid-centuries hit the market — the old, original ones — they get snatched up quickly. And invariably, the buyers are ones with a bit of vision and a sense of fun in what they want in a house.”

Toney’s home is stunning. The angled ceiling in the living room peaks at 18 feet, with front windows positioned to keep up with the height. The kitchen backsplash is handmade artisan tile with an Atomic Age-inspired design. But the feature that delights him most is simple: a brass doorknob. It used to be on his bedroom door in his childhood home, back in that old mid-century ranch. It, and he, look quite at home in this one.