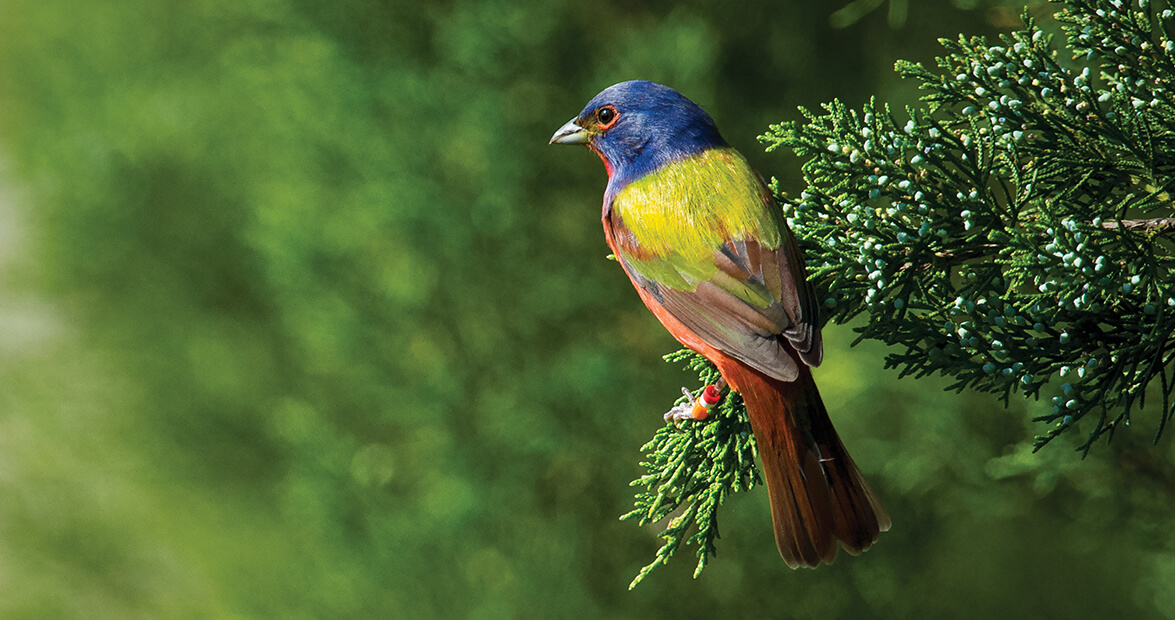 Head of blue, back of green, shoulders like a slice of lemon, belly as red as a cherry sucker. Let’s be honest: The painted bunting looks like it was colored by a third grader. Often called the most beautiful bird in North America — indeed, its nickname, the “nonpareil,” means “without equal” — the painted bunting breeds in tangled maritime forests and dense coastal shrublands. It adds a vibrant splash of color to the green-gray woods of the summer maritime forest. The species is in decline, and citizen-scientists with the UNC Wilmington-based Painted Bunting Observer Team banded the eastern population of buntings to figure out why sightings of these flying rainbows continue to be so rare.

Feature image: Bands on a painted bunting’s legs can tell a bird’s age, where it’s from, and when it was banded. This guy is 5 years old, and was banded on June 5, 2012, about 100 miles southwest of where he was photographed.