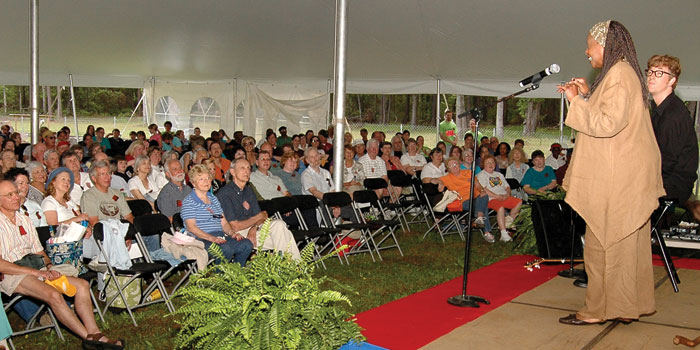 The Storytelling Festival of Carolina began as a way to boost the economy and highlight the rich, folk heritage of Scotland County. The arts-focused community decided to target storytelling. Now, the three-day festival attracts people from all around the country.

Put on by the Storytelling and Arts Center of the Southeast (SACS), the sixth installment of the festival includes four national
and two regional tellers. The eclectic lineup offers homespun humor from Doug Elliott and Donald Davis, Native-American tales from Gene Tagaban, and Asian theater from Eth-Noh-Tec.

Jan Schmidt, the executive director of SACS, says the art of storytelling is all about connecting with your audience.

“You have to own the stage,” she says. “The storyteller has to develop a relationship with the audience. There’s a big difference between a teller that owns the stage and one that owns the microphone.”

Eth-Noh-Tec is a story-theater group that combines precision choreography with words.