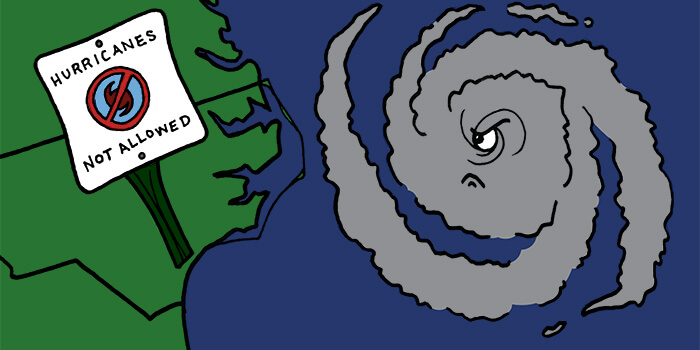 It starts with somebody getting in trouble. Doesn’t it always? Somebody goes out and does something not so great, something people don’t like, and before you know it, we have another rule to obey thanks to one person’s less-than-genius decision-making.

You’d think we wouldn’t need laws like the ones that say you can’t plow your cotton field with an elephant or you shouldn’t sing off key or … But then you’d be forgetting that we humans are a weird bunch, and common sense doesn’t always come to us as quickly as we’d like it to. (My mom always likes to bring up the time I decided to ride my bike with my eyes closed and consequently hurtled into the neighbor’s parked car. She reminds me of this fact in moments when I could stand to be more compassionate. I remind her I was only 9 years old when it happened.)

Weird laws fascinate us and are regularly a topic of Internet chatter, but rarely do we know the reasons for their existence.

That phenomenon can be easily explained, says Steve Friedland, an Elon University School of Law professor. Many of these so-called “weird laws” we hear about are only reputed to be true. People can’t find an actual source, so they just get passed down as rumors.

“The laws that feel weird today are the laws that applied to an old, agrarian society in the early 1800s, but they still may be on the books,” Friedland says. “Most are repealed, but some are not.” That is, if they exist in the first place.

I have always wondered about North Carolina’s own laws, so I attempted to track down three elusive ones: a Topsail Beach resolution that bans hurricanes within town limits and two possible local ordinances, one that supposedly makes off-key singing illegal and another that prohibits the use of elephants to plow cotton fields. Some called it a fool’s errand, said it couldn’t be done, but so be it. Here’s to liberty or justice or something like that.

It turns out that my doubters were (mostly) right. The task turned out to be a bigger challenge than I had anticipated. First, I asked a state research historian if she had any idea of where I could find these laws in the books. She couldn’t locate any official verification of them but kindly provided me with some other literature. 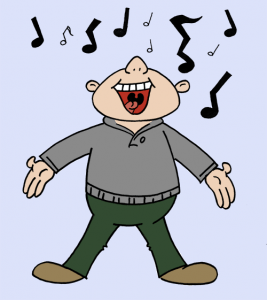 The most tangible piece of evidence showed that of these laws, the one that came close to actually existing was a North Carolina Supreme Court case that dates back to 1873: State v. Linkhaw.

William Linkhaw, a member of a Methodist church in Lumberton, was indicted for disturbing a religious congregation with his poor singing skills. Linkhaw claimed it was his duty to sing as a means of properly worshiping God and stated it was never his intention to disturb the congregation.

During the trial, a witness was asked to imitate Linkhaw’s singing, which “produced a burst of prolonged and irresistible laughter, convulsing alike the spectators, the Bar, the jury and the Court.” Linkhaw was found guilty but appealed his case. The original judgment was overturned as the judge ruled that a person disturbing a religious congregation can be disciplined by the church but not the state.

It’s a head-scratcher, how an act as innocent as singing off key could ruffle enough feathers to make it the subject of a state’s Supreme Court, but with context, it sort of makes sense.

“When you look at that, it’s not for simply singing off key, which many of us do at home, in our cars, or to ourselves,” Friedland says. “It’s really about disturbing others.”

As for the Topsail Beach law, I dug up an old Associated Press article that said the former town manager created a “tongue-in-cheek resolution” banning hurricanes after Bertha hit in 1996. A lead in the case. Great. But when I reached out to the town’s governing body, no one was able to recall such a resolution being passed. Rats. I suppose it’s valid that the government has more important things to concern itself with than the impossible act of regulating Mother Nature. 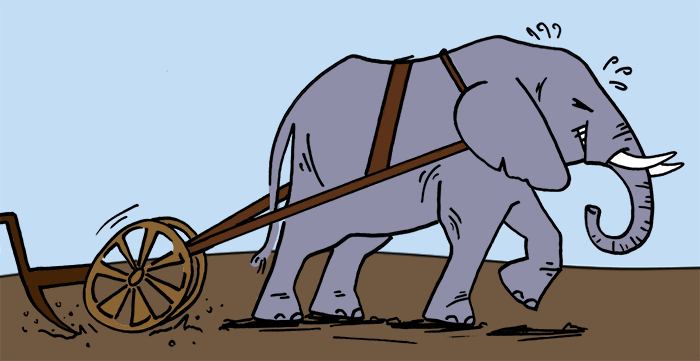 Meanwhile, the whole elephant-plowing-a-cotton-field conundrum required me to dig deep. Signs of the law’s origins point to when the circus animal was used in farm work elsewhere as part of a publicity stunt coordinated by P.T. Barnum. Thinking that perhaps the same thing occurred in North Carolina, I reached out to a circus history expert. There was nothing but the sound of crickets that followed each of my attempts to contact him, but the whole ordeal taught me there’s an expert for everything. It also taught me a thing or two about the resolve of the curious human spirit when this sort of stuff keeps you awake at night. (You, too, can’t sleep because of this, right? Right?)

So it seems like these are the only answers we are going to get, at least for now. But still, how does local government have the ability to create legislation that regulates such peculiar things? We have something called “police power” to thank for that.

“This is to regulate for the health, safety, welfare, and morals of the people in that state or a subdivision, like a city, so that covers everything.” Friedland says. “That really covers sex, drugs, and rock ’n’ roll.”