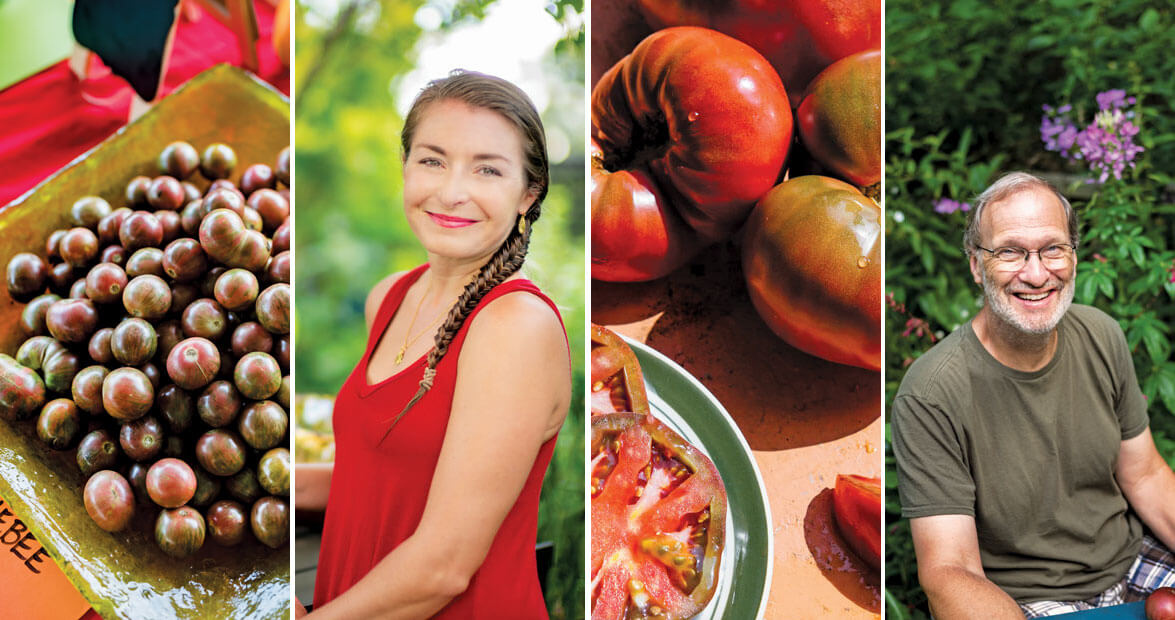 On a warm summer night in a Fuquay-Varina backyard, a line of party guests belly up to a Bloody Mary bar laden with Mason jars filled with heirloom tomato juice in an array of yellows, oranges, and reds. They visit a BLT station with platters of sliced tomatoes and crisp bacon, white bread and Duke’s mayonnaise. They swarm a buffet table to sample tomato varieties with names like Tutti-Frutti, Bumblebee, and Black Prince.

The host of this garden party, Brie Arthur, is hard to miss in a tomato-red dress and a smile trimmed in a similar shade of lipstick. Her enthusiastic greetings carry across the lawn, where guests have gathered to marvel at the flower beds in which much of this feast was grown. Arthur, 40, is a garden writer who has made a name for herself promoting “foodscaping,” the idea that a vegetable garden doesn’t have to be an unsightly collection of lettuce patches and picked-over pole beans. Arthur’s half-acre garden — in a former tobacco field-turned-subdivision in Wake County — proves that you can grow food among your flowers.

Arthur is not alone in her gardening evangelism.

Her now-annual party was inspired by a tomato tasting event held for a decade by another North Carolina gardening expert, Craig LeHoullier, who is responsible for making the Cherokee Purple tomato a household name.

LeHoullier, 63, who lives in Raleigh, is an experienced tomato gardener and breeder. Part of his early heirloom tomato advocacy was an annual event called Tomatopalooza, held in the Triangle from 2002 to 2012. The event, a draw for fellow tomato geeks, helped LeHoullier convert people to growing heirloom tomatoes by appealing to their appetites. Arthur has picked up that mantle by doing the same thing at her parties, one tomato at a time.

It should come as no surprise that LeHoullier and Arthur are friends. As gardening authors and speakers, they have become stars in this field, and LeHoullier sees a kinship in their goals. “We’re two people dedicated to spreading our love of gardening and deep knowledge about growing tomatoes,” LeHoullier says. “We enjoy teaching people — and getting people off the destination of gardening and into the journey.” 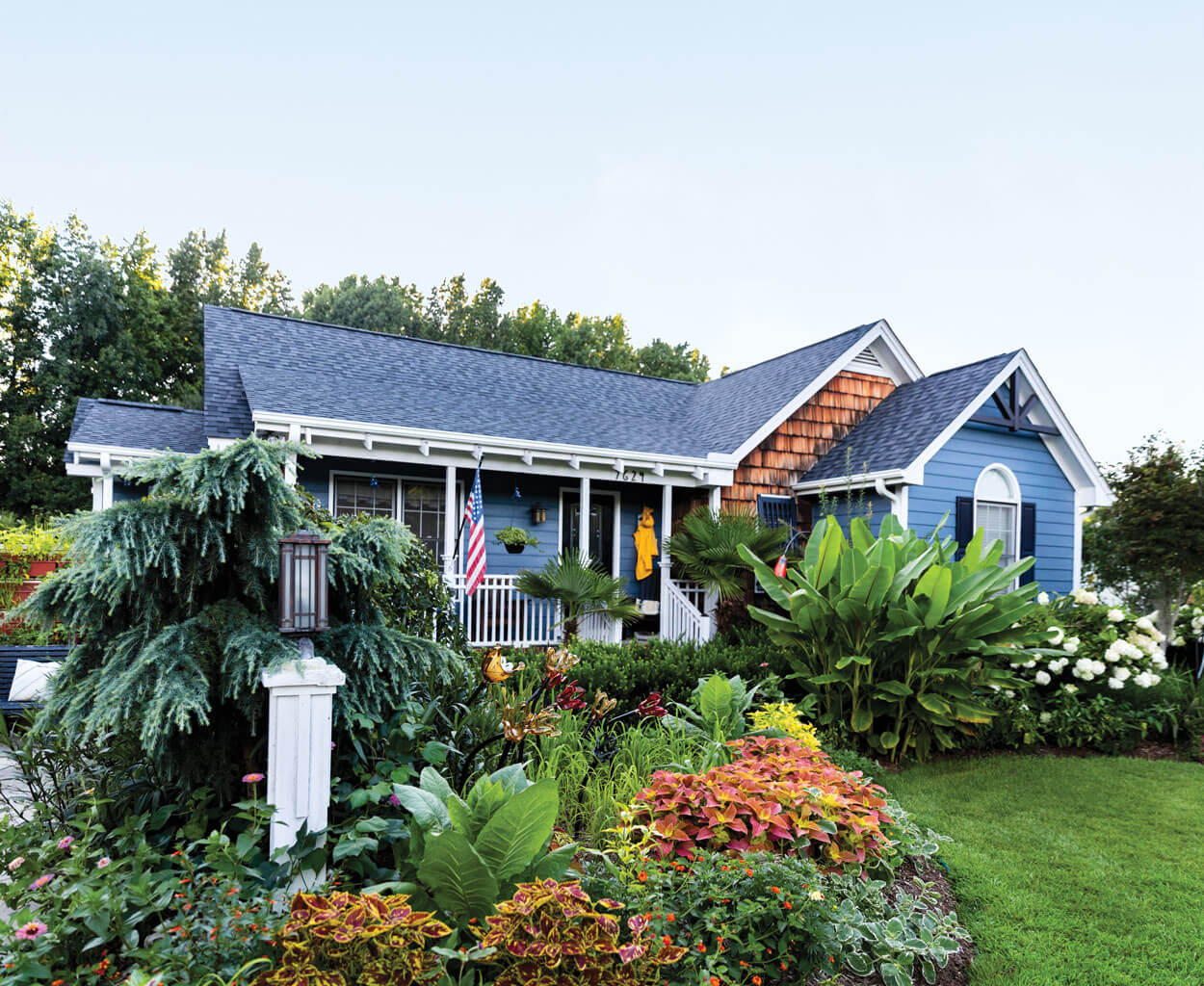 Today’s love for heirloom tomatoes can be largely credited to LeHoullier. “If most vegetable gardeners can name one heirloom tomato, it’s the Cherokee Purple,” says Mark Weathington, director of the J.C. Raulston Arboretum at NC State University. “It was 30 years ago that Craig introduced that, and look where we are now.” Every farmers market in July is a testament to LeHoullier’s influence.

The story of the Cherokee Purple is entwined with LeHoullier’s own. He has a doctorate in chemistry from Dartmouth College and worked in the pharmaceutical industry. In 1981, he planted his first garden plot, and he brought his scientific sensibilities to the hobby. Heirloom tomatoes quickly became his focus. He collected old seed catalogs from the 1880s. He sent away for samples of forgotten varieties from the federal government’s seed vault. He shared the most promising seeds with other gardeners and pushed small seed companies to reintroduce them.

That’s what led to the Cherokee Purple, which LeHoullier named. In 1990, he received a packet of seeds from J.D. Green of Sevierville, Tennessee, who said they came from a family who had gotten them from Cherokee Indians 100 years earlier. LeHoullier promoted the tomato, known for its rich taste and deep red-to-purplish exterior, and it became a breakout star among heirloom varieties. Beyond those efforts, LeHoullier also sold tomato starts — grown in Dixie cups — each spring at the State Farmers Market in Raleigh.

The first Tomatopalooza was intended as a way to get his customers together to share and sample tomatoes, and to encourage folks to grow more varieties. “Tomatopalooza educated people about the possibilities,” LeHoullier says. “They went from, ‘What do you have in a red tomato?’ to asking for one plant in every color of the tomato rainbow.”

As tastes evolved, so did Tomatopalooza: from a low-key gathering at Umstead Park or Lake Wheeler to a sprawling event hosted by a customer, Jimmy Holcomb, on his farm in Efland. Holcomb recalls telling LeHoullier, “Craig, you cannot have something with ‘palooza’ in the name and not have music and dancing and beverages!” And so, in 2007, 2008, and 2012, Holcomb hosted the event with an old-time band, cloggers, and a Tomato Queen.

While LeHoullier appreciated Holcomb’s energy as a host, Tomatopalooza was a lot to manage, and almost all of his harvest was eaten up by it. “The last two Tomatopaloozas, I don’t think I tasted tomatoes,” LeHoullier says. After a decade of events, he decided to call it quits and turn his attention to other ways to promote heirloom tomatoes. In 2015, he published Epic Tomatoes: How to Select and Grow the Best Varieties of All Time, which is now in its fifth printing. He’s also published a slim volume on straw-bale gardening and has another book in the works on dwarf tomatoes — plants intended for those who live in cities or apartments with limited garden space. These days, he’s working with others around the world to develop the best dwarf tomato varieties.

“These dwarf tomatoes he’s breeding are really designed for modern gardeners,” Weathington says. “Beyond being a tomato proselytizer, he’s trying to make it work for people.” 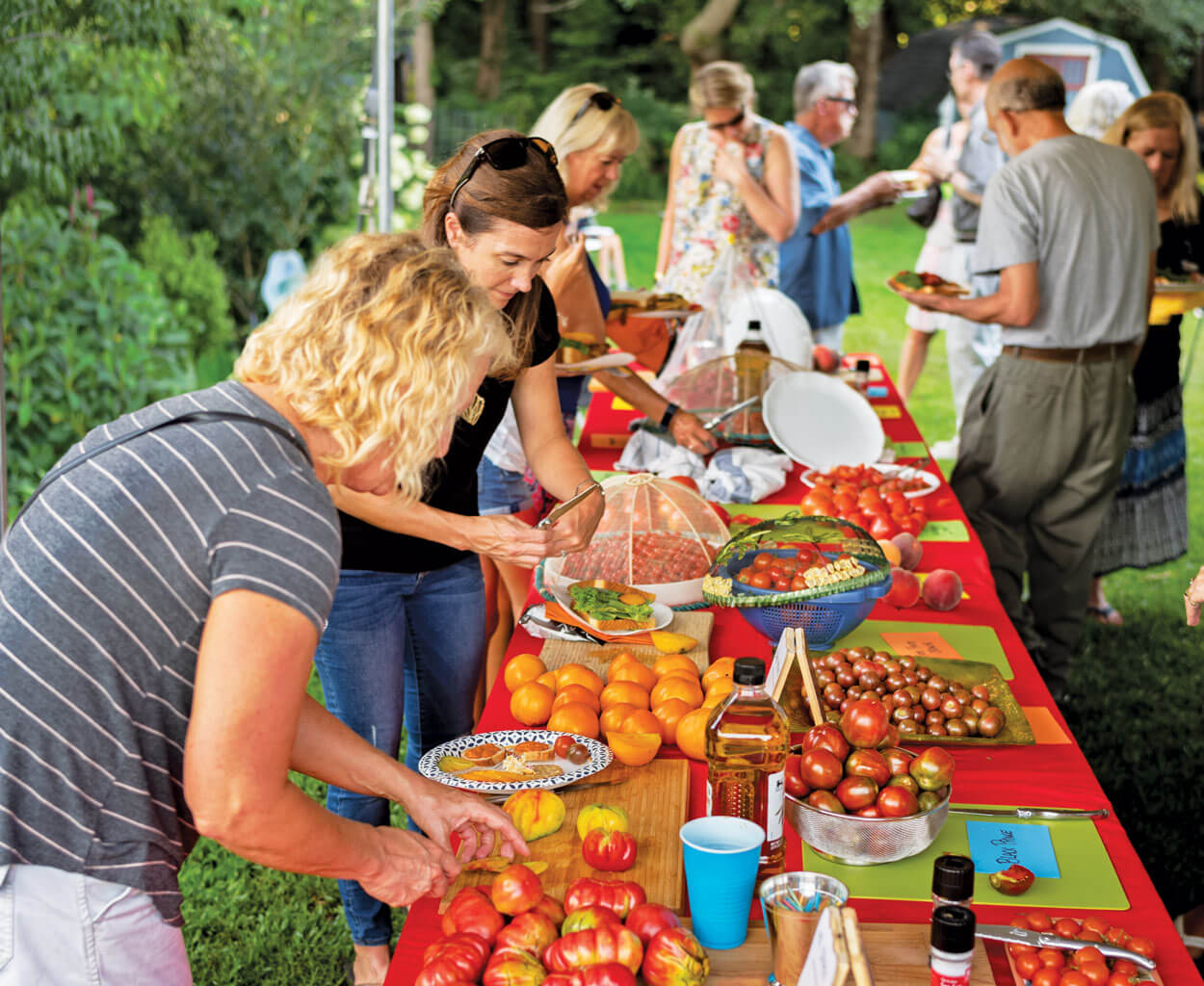 Heirloom varieties are prized for their depth of flavor, firm texture, and beautiful colors. photograph by Charles Harris

The same can be said of Arthur, who found her calling in convincing suburbanites to grow their food in flower beds while staying in the good graces of their homeowners associations. She grew up in a rural community south of Detroit where 4-H was a big deal. Although she didn’t live on a farm, she participated in the arts and crafts, gardening, and public speaking competitions that are also part of 4-H. She excelled, which didn’t surprise her parents, who recall an outspoken young girl who took over mowing the family’s three-acre lawn at age 8 and would lecture neighbors about not picking up their grass clippings. Her mother, Lynn Gluvna, who showed her daughter how to drive the riding lawnmower, says, “She picked it up very quickly. I was not up to her standards.”

Arthur would go on to earn a degree in horticulture from Purdue University. She moved to North Carolina and started working for a who’s who of North Carolina gardening experts: Nancy Goodwin of Montrose Gardens in Hillsborough, Tony Avent of Plant Delights Nursery near Raleigh, and Christine and David Parks of Camellia Forest Nursery in Chapel Hill.

When she bought her first home in 2005, she decided to grow her own food to stretch her grocery budget. But her homeowners association had a rule against vegetable gardens in residents’ front yards and would levy $300 fines. So Arthur tucked peppers and onions, okra and tomatoes among her ornamental flowers. She discovered that HOA officials didn’t recognize the vegetables and, in fact, gave her the subdivision’s Yard of the Year award.

That experience made Arthur realize: “It’s not the vegetables. It’s the way you grow vegetables.” Her 2017 book, The Foodscape Revolution: Finding a Better Way to Make Space for Food and Beauty in Your Garden, emerged from that epiphany. She has spent the past few years traveling the country to share her gardening approach with homeowners and developers.

That’s what sets Arthur apart, says Joe Lamp’l, host and producer of the PBS show Growing a Greener World, on which Arthur appears as a correspondent. As a passionate home gardener and professional horticulturist, Arthur can “connect the dots between the professional industry and the home gardener,” Lamp’l says.

Arthur’s Fuquay-Varina lawn is Exhibit A in her attempt to sway others to her way of thinking. Wheat stalks and walking onions rise above cornflowers. Peppers peek out from underneath hydrangeas. Tomato plants are nestled among blueberry bushes; staked to attractive, industrial-looking cattle fencing; and grown in hydroponic pots all over her deck. Tomatoes are one of the most consumed foods globally, she notes. “Why not show people how to grow tomatoes in a way that looks cool?”

From her first tomato shindig here in 2011 — two days after she and her garden were photographed for Organic Gardening magazine — to her latest garden party, the goal has always been to inspire. After guests have had their fill of Cherokee Purples, BLTs, and Bloody Marys, Arthur unveils dessert: a four-foot-long carrot cake. (The green carrot tops look lovely among zinnias.) Before the first slice is cut, she calls out her version of a toast: “Happy tomato tasting, y’all!”