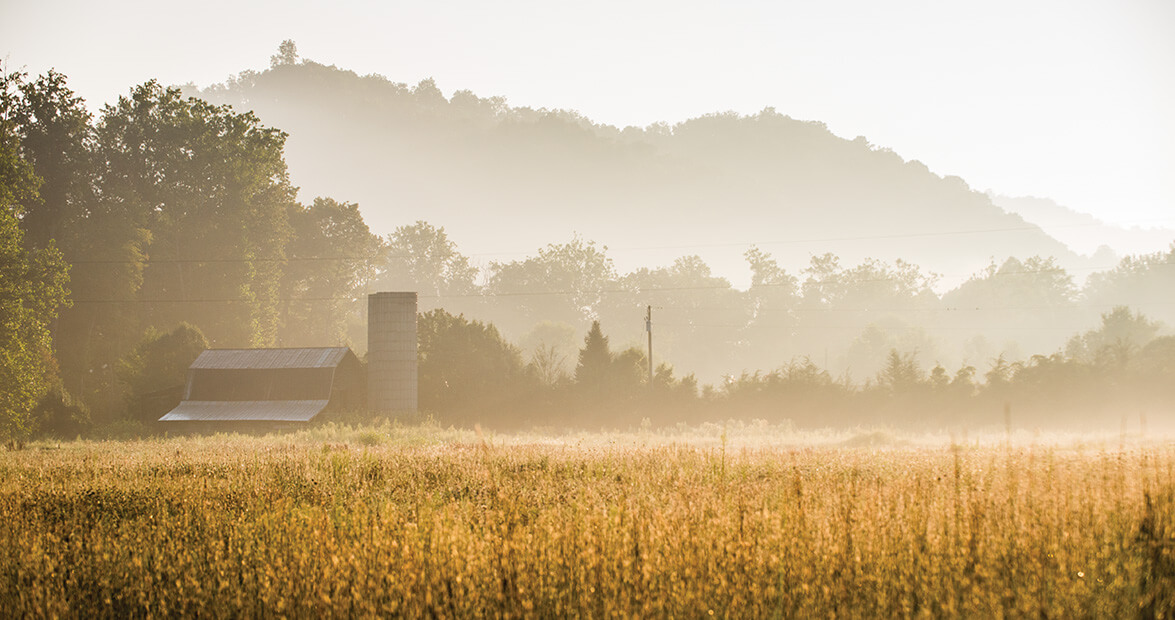 Intellectually, and as Southerners — so often agrarians — we know that farm crops ripen all the time, not just in October. Corn and tomatoes, okra and watermelons, have been “coming in” since late June. But emotionally, and visually, October speaks to us of harvest. Not “the” harvest, but, simply, Harvest. When straw is bundled and sheaves are brought in; when pumpkins are piled and the plowed rows yield their final bounty.

Of all the seasons, surely autumn, with its implications of abundance, is the most brilliantly hued. The oranges and golds of gourds and goldenrod, the reds and yellows and purples of apples, pears, and grapes. Never mind the leaves. Or the heavens, freed from humidity, with their eye-piercing blue. “O suns and skies and clouds of June/And flowers of June together,/Ye cannot rival for one hour/October’s bright blue weather,” we memorized in school, and I’d gaze for long minutes at the magazine on a friend’s coffee table — Ideals, perhaps? No matter. The publication was simply page after page of photographs: barns and fields and silos and streams and porches and produce stands all displaying the wealth of fall in supersaturated colors surely too vivid to be true. Orange pumpkins stacked beside a green tractor in front of a crimson barn, back-dropped by a cerulean sky. Who could look away? But then, that’s precisely how our landscape looks in October.

In neighborhoods, the rhythmic shika shika shika of lawn sprinklers for newly planted grass replaces the massive, spiderlike arms of crop irrigation. On roads, the combines big enough to drive beneath, and the single tractor plodding with its cargo of tobacco leaves, will disappear. So is October a gentle easing away from summer, a winding path toward certain chill. By month’s end, the fields will go fallow. The stalks will dry. The vines will be turned, tilled. The colors will fade to browns and beiges. So a burst of bounty, and beauty, is only right, as farms begin their slumber season.