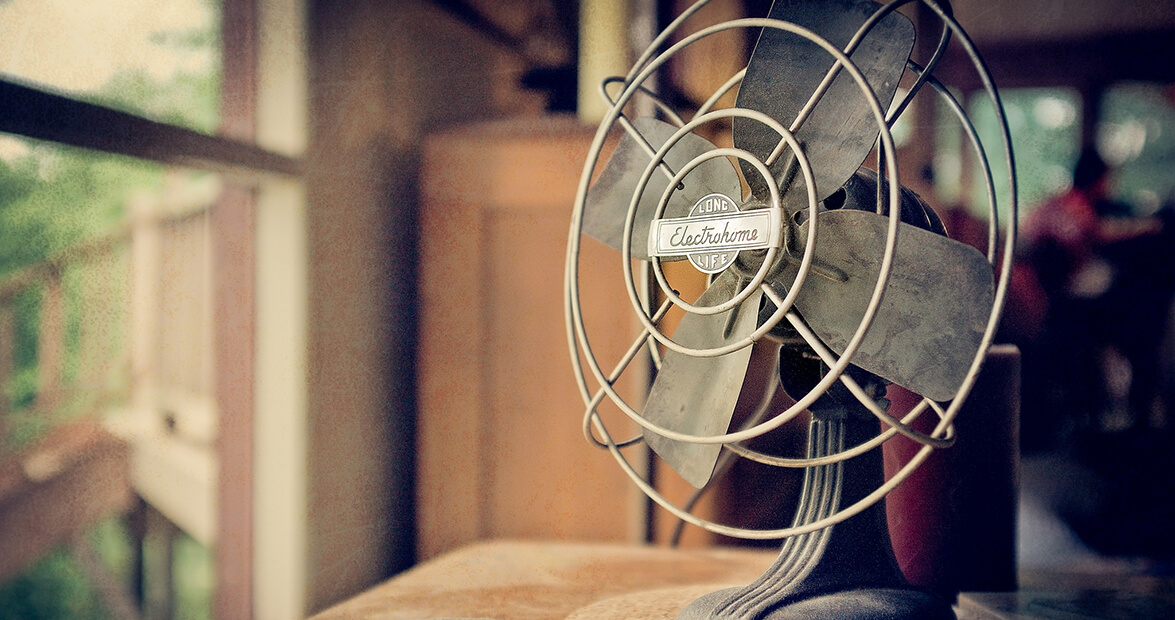 1. I killed an air conditioner once. It was more than 30 years old and, when running, rattled like a van full of scrap metal rolling over potholes. Four years ago, when the temperature hit 104 degrees in Charlotte, the heat sent my AC to its deathbed, which meant that the minimum temperature inside was at least 200. The unit made a valiant, wheezing effort. My wife and I sat inside our tiny condominium, now a sauna prison, with box fans blowing directly into our faces, drinking as much fluid as we could. The first question my poor wife, in a bleary state of dehydration, could stammer out: When are we getting a new air conditioner?

2. Well, about that. See, there’s a woman in Charlotte, Beth Henry, who’s so environmentally conscious that she has cooled her house without any air-conditioning, thanks to a complicated dance involving a whole-house attic fan, blinds, the opening and closing of windows, extra insulation, and lightweight clothes. This cannot be, you think. Oh, but when the temperature got up to around 95 degrees outside, the hottest it ever got inside her 1960s-era house was 83 degrees. When she didn’t use AC, her summer electric bill went down by at least $100. I could totally pull that off, I thought. I mentally sketched out the world’s first HVAC system operated by Rube Goldberg machine.

3. Just so you know, floating the “we don’t need air-conditioning” argument while broiling inside a condo does not go well.

4. How did people survive around here in the era before Freon? Look at old houses: They had higher ceilings. Bigger windows. Tin roofs, some with cupolas allowing hot air to escape. Shady trees planted on the east and west sides of the house. Wraparound porches. Sleeping porches for Gone With the Wind-style midday naps. The design favored airflow, not air ducts.

5. And along came Stuart W. Cramer, who needed to find a way to cool down the inside of his cotton mills around North Carolina. Technically, New York’s Willis Carrier invented the precursor of the air conditioner in 1902, but Cramer advanced the technology, received several patents, and even coined the term “air-conditioning” in 1906. Today, the Gaston County town of Cramerton is named for him.

6. Air-conditioning, at first, was too expensive for homes, so people flocked to the one business in town that seemed to be able to afford to keep the air cold: the movie theater. AC was an attraction in itself, which helps explain some of the theaters’ former allure in even the smallest North Carolina communities. Even if you hated The Great Ziegfeld, it was probably worth it to get out of the hot sun for three hours.

7. After World War II, air-conditioning units started appearing in millions of homes. That led to changes in design — homes were built not to be cool, but to be cooled. A room-temperature living room supplanted the warmer porch. With the summer heat now merely a nuisance (as long as you could afford the electric bill), the great migration south began. In the late 1990s, North Carolina’s population finally surpassed New York City’s.

8. The era of big porches, high ceilings, and siestas seems bygone. We have it so much better now than our grandparents did. At least, of course, until the AC sputters and dies, and you start roasting inside your nice, modern home, slowly realizing that maybe they knew something that we don’t.