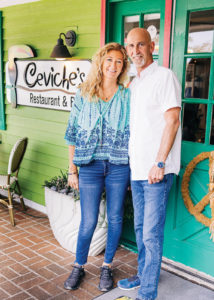 From selling fresh fish on disposable plates at its grand opening seven years ago to becoming one of the area’s “in-the-know” spots, Ceviche’s has been well received, despite the fact that owners Hunter and Laura Tiblier started out with no real restaurant experience. “Although I didn’t know much about the restaurant industry, I knew that people loved my ceviche,” Hunter says. “Whether I was at a party or traveling the world, I would make ceviche, and people would tell me that I had to sell it one day.”

Hunter learned the art of making his restaurant’s namesake seafood dish in Panama, where he spent much of his childhood fishing in both the Pacific and Atlantic oceans. Although Hunter is originally from Mississippi, his father took a job as a captain steering ships through the Panama Canal when Hunter was very young.

The concept for the restaurant came about during a trip to Panama when Hunter took his wife, Laura, to meet his parents. Hunter had just retired from a 26-year military career and wanted to try something new. “I was taking Laura around the stalls of the central fish market, and we were eating ceviche of all kinds,” he says. “It was there that the lightbulb moment came to Laura that we should actually sell my ceviche.”

The couple returned to Wilmington and, with a leap of faith, opened Ceviche’s in 2014. The exterior boasts vibrant shades of yellow, blue, and green that hint at the colorful food inside. A magnificent mural on the side of the building features a lush landscape showcasing the flora and fauna of Central America, painted by a former member of the kitchen staff. But inside, a simple, authentic setup of rattan, wood, and abstract tile allows the food to do the talking.

The Tibliers have opened a window to an entire culture by delivering dishes that you’d dive into if you were sitting oceanside in Panama. The shining star is the corvina, a type of fish that can be found on every menu in Panama. It’s flown into Wilmington from the Pacific Ocean and delivered to the restaurant daily. There, it goes hand in hand with the Sea Love Margarita as the most-ordered menu items. The Tibliers believe in building everything, including drinks, on real flavors and ingredients — no fillers necessary. Terra Vita Farm, Sea Love Sea Salt Company, and area Latino markets help source seasonings, microgreens, avocados, and plantains to ensure that dishes are authentic, but with a local assist. 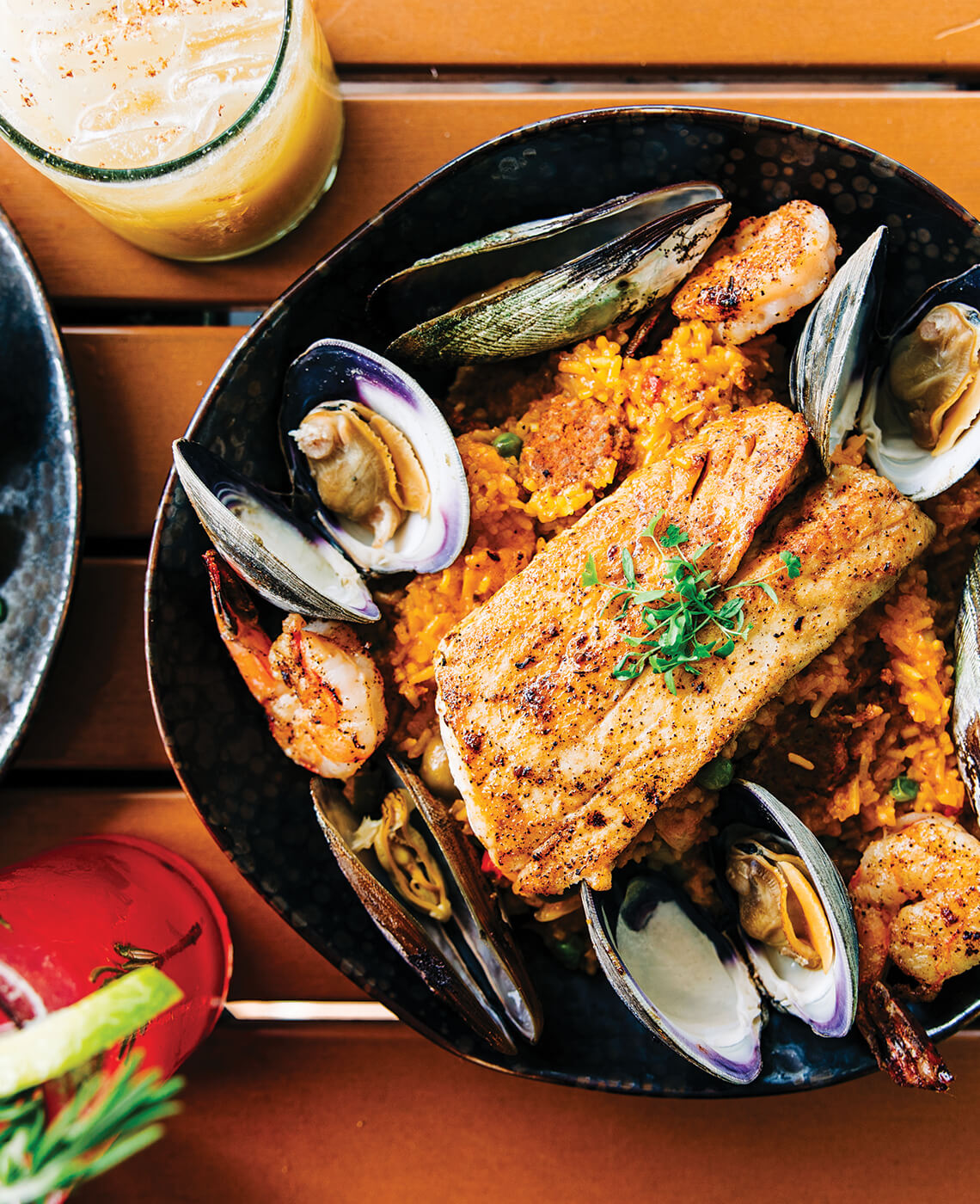 Try the Panamanian paella and a margarita. photograph by Matt Ray Photography

“We took the time to teach our kitchen staff the secrets to getting the food to taste just as it would at home,” Hunter says. “We’ve got empanadas, ropa vieja, sancocho, and arroz con pollo, but I think the locals would tell you to order the fish special of the night.”

While Hunter’s love of Panamanian culture made him the person he is today, he also has the utmost respect for his new community in Wilmington, which, along the way, started to feel like home. “I’ve gotten many decorations in the military,” he says. “But truthfully, just feeling the overwhelming support from our community makes me feel more awarded and honored than any of those recognitions.”