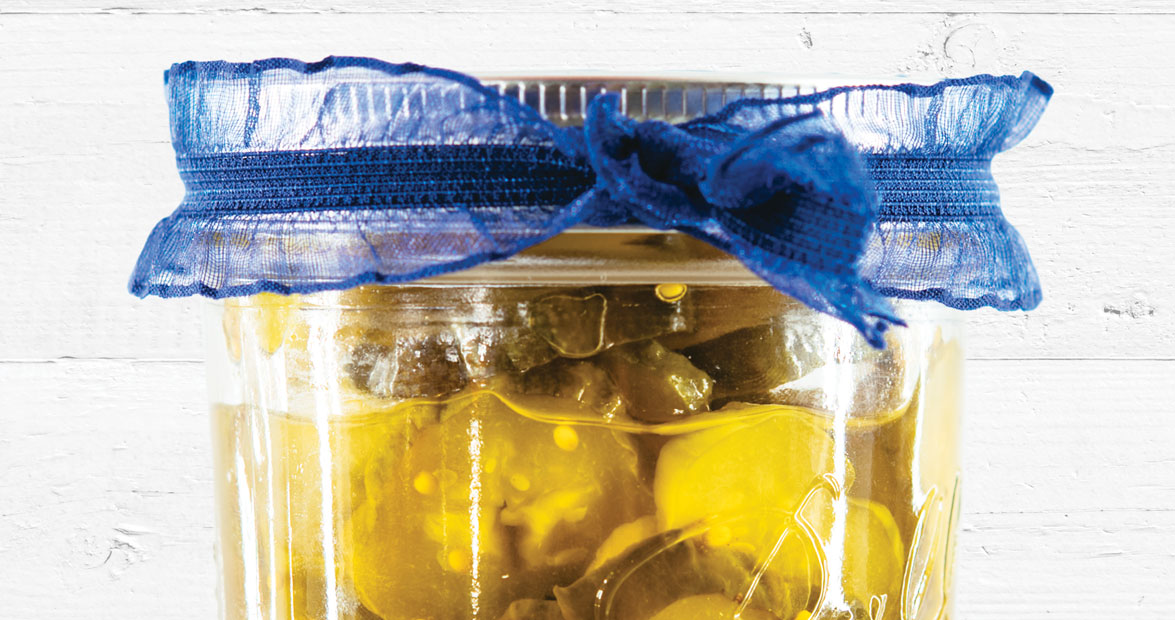 On its surface, the State Fair in Raleigh — held this year from October 17 to 27 — is all about fun, but deep down, everything is about competition. This is one of three stories about the North Carolina State Fair. Read Ambition Blooms or Conquering the Midway for more.

The countdown clock on the State Fair website flashes 54 hours and a handful of minutes, but it’s already game day for Dr. Ben Chapman, superintendent of food preservation competitions at the North Carolina State Fair. Assembled before him inside the fairground’s iconic Education Building is a hand-picked crack team of judges, full of enthusiasm but very little breakfast — all the more room for relishes. On Chapman’s signal, they’ll pair off and head to their stations: folding tables and padded chairs sandwiched between glass cases glowing with gem-colored jams, salsas, peppers, pickles, and chowchows, each one a treasure, a rightful winner, to someone, somewhere in North Carolina.

“I want to remind everybody that we do have very passionate competitors,” a smiling Chapman hollers over the chatter. “As much as you might think it’s only a $7 ribbon, those blue ribbons really do matter.” 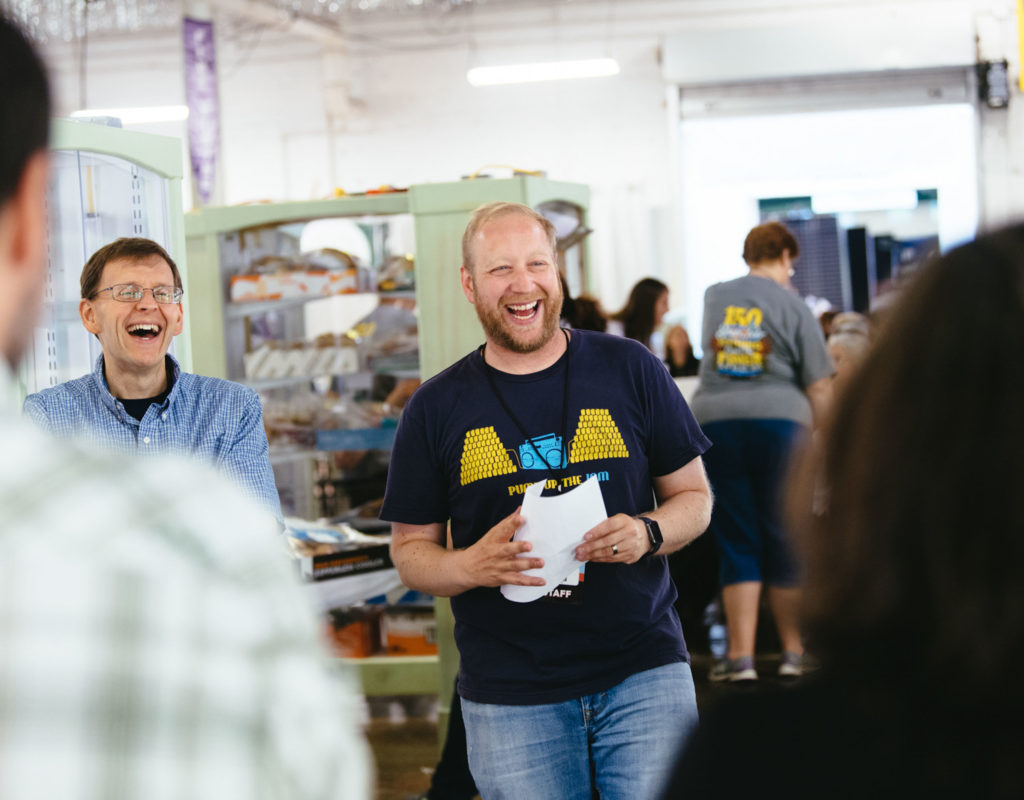 Chapman is something of a rock star in North Carolina culinary circles — not for his cooking skills, but for his food safety acumen. The 40-year-old associate professor and food safety specialist at NC State University has a passion for pathogens — foodborne bacteria like salmonella and E. coli — on which he regularly tweets and riffs on his popular website Barfblog.com. Last year, he unintentionally provoked actress Gwyneth Paltrow by suggesting to British journalists that a roast chicken recipe in one of her cookbooks wasn’t up to modern food safety standards. Dressed in sneakers and a dark blue T-shirt emblazoned with “Pump Up the Jam,” and checking his Apple Watch, Chapman neither looks nor sounds like the silver-coiffed, country-cooking doyennes often associated with State Fair canning competitions. For that matter, neither do his judges — food scientists, health journalists, registered dietitians — who know a hashtag from a pound sign and aren’t the least bit surprised when one judge hollers out a question about whether she should invest in a pH meter at home.

After safety is determined, entries are judged on appearance and technical attributes (70 percent) and texture and taste (30 percent). Pickled tomatoes should look like pickled tomatoes. Strawberry preserves should smell like late spring. Conserve  should stay put on a tilted spoon. Does the jar have the correct headspace? Is the liquid cloudy or clear? Meeting the criteria is less about delighting the judges than reassuring them that processing standards have been followed. To Chapman and his crew, food preservation is as much science as it is art. Not that they’re here to crush dreams. “Please be encouraging with your comment cards,” he reminds his group. “No one has threatened to hurt us this year — yet! A first in recent history.” And with that, the serious business of testing and tasting begins.

North Carolina’s State Fair is one of the few in the country in which judges actually taste entries and don’t just critique their appearance. NC State scientists consult with the Department of Agriculture’s State Fair organizers to oversee safety. But in 2014, one of Chapman’s judges popped a spoonful of peach-onion pickle into her mouth before anyone realized that it was dangerously under-processed. Humbled and shaken, Chapman introduced stringent new rules the following year. Entrants now have to provide a detailed recipe from one of three approved sources, like Ball Blue Book Guide to Preserving. The recipe rule is meant to standardize acidity ratios and processing methods, not quash creativity or spoil the fair experience. But, at first, that’s how it was perceived.

“People were not happy,” Chapman recalls with a chuckle that still hints at all of the angry emails. “Some folks were so upset, they were going to band together and boycott the fair.”

In some ways, Chapman’s rule harkens back to the State Fair’s own roots, which from the very beginning, in 1853, focused on the science behind good farming. The autumnal post-harvest gathering introduced North Carolinians to up-to-date farming methods that no doubt extended to all areas of farm life. Over the years, home cooks would have learned about Mason jars, pressure cookers, and fancy freezers. They may not have known the precise term Clostridium botulinum — the lethal bacterium that leads to botulism — but they knew that something deadly lurked beneath the lids of food that had not been properly “put up.”

Participation has bounced back since Chapman’s changes. He tries hard to be accommodating. As long as a contestant provides a recipe with detailed ratios and processing times, he’ll try to match it with one of his trusted sources in his database of some 700 recipes. “You know where Grandma got her special recipe from?” he says with a chuckle. “The USDA’s Guide to Home Canning!”

“I’m so excited I’m doing pickles. I can’t tell you,” says judge Rose Hoban as she locates her assigned table, which one of the competition’s hostesses, Jeanie Scott, has stocked with plastic forks and spoons, hand sanitizer, bottles of water, and Styrofoam plates piled with saltine crackers and carrot sticks — “To cleanse the palate,” says Scott, a former math teacher. She, too, is giddy about her assignment. “It was on my bucket list to work at the fair.” 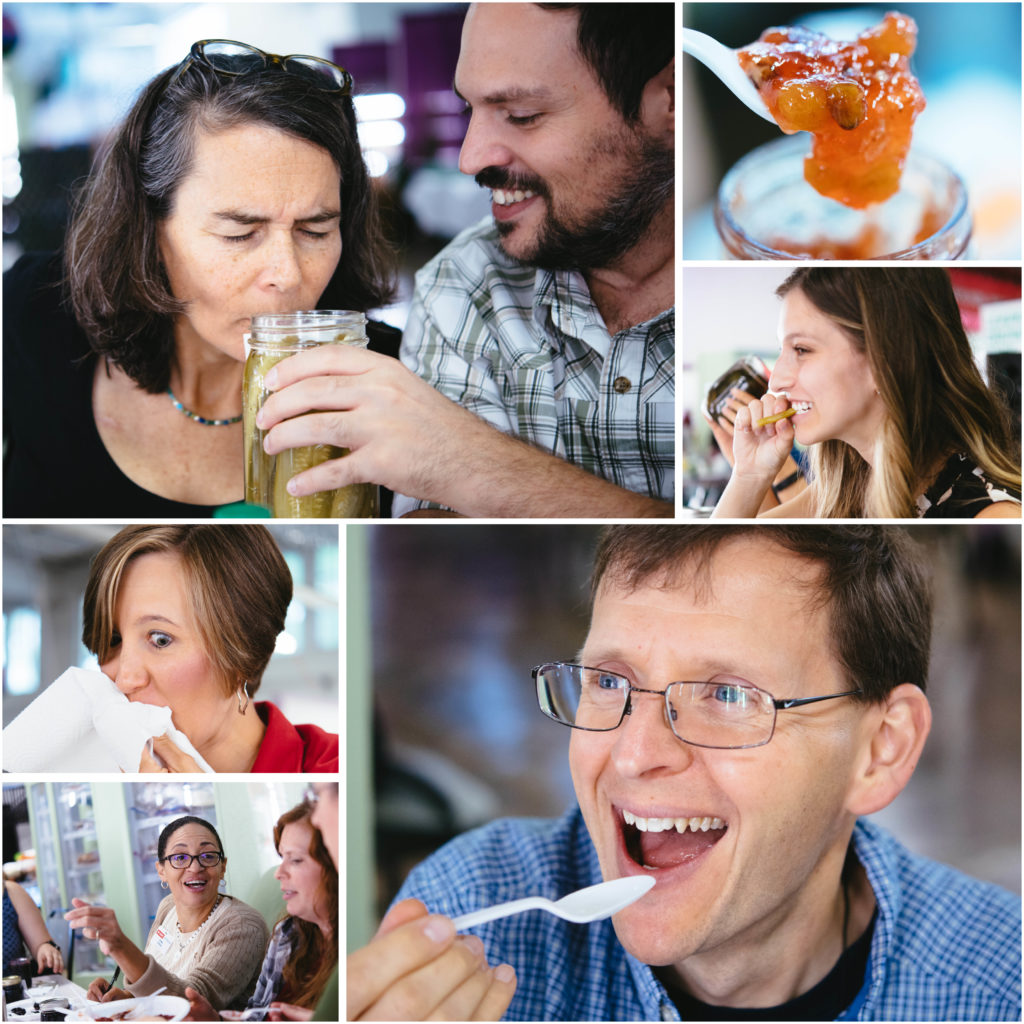 Hoban is a health newswriter and a skilled home-canner with 11 State Fair ribbons to her name, mostly blue. Her judging partner is Dr. Chris Gunter, a NC State horticulturist who is equally pumped to be part of the pickle judging.

“I approach everything from a scientific perspective,” he says. Still, he acknowledges, “There’s a tremendous amount of art involved.”

The duo’s enthusiasm flags momentarily as  Jeanie wheels over a cart laden with jars. “So these are all bread-and-butter pickles?” Hoban asks. She settles herself and announces to Gunter that they will approach this systematically, in flights, making notes on crunch, texture, color, and flavor.

By 10:30, the hostess cart is operating with smooth efficiency, transporting jars of gherkins and dills, jams and jellies to their appropriate tables. The sugar rush has hit. The bracing smack of brine has loosened tongues. And the atmosphere inside the Education Building has turned bubbly, like a cocktail party. Jar seals are popping (a good sign!), pencils are scribbling (“Let’s make sure we’re thoughtful about giving feedback,” urges Chapman), and entries with rusty lids, stray hairs, or odd-looking weblike things hiding under screw tops are delicately set aside.

At some point, the judges in baked goods, on the other side of the building, start sending over samples of their prizewinning sweets, hoping for a little reciprocity. “We’ve got a request for more pickles!” shouts an organizer. “Does anyone want more cake?” There’s word that one blue-ribbon cookie is so good that there’s not much left to display.

Meanwhile, the judges are trying to be encouraging in their comments — “mounds well on spoon” — while also being constructive: “too drippy,” “fruit over-processed.” The amount of spice in one entry leaves a judge with a “pleasant tingle.” (“They could sell that and call it Pleasant Tingle,” another judge jokes. “The hipsters would love it.”)

Around noon, the judging winds down. The hostess carts are parked back at their display cases, where the winning jars are rearranged: The jewel-like jams. The horizontally layered asparagus. The spiraling dried herbs. Gone are the bulky ribbons on winning jars, discontinued because they obscured the lovely contents. Now, award-winning jars get stickers. No less thrilling for any entrant who arrives on opening day, eager to see a flash of color on their jar when they peer through the glass.

“We’re hoping that we treated them with respect,” Gunter says as he and Hoban pack up to leave. “They put their heart and soul into it.”