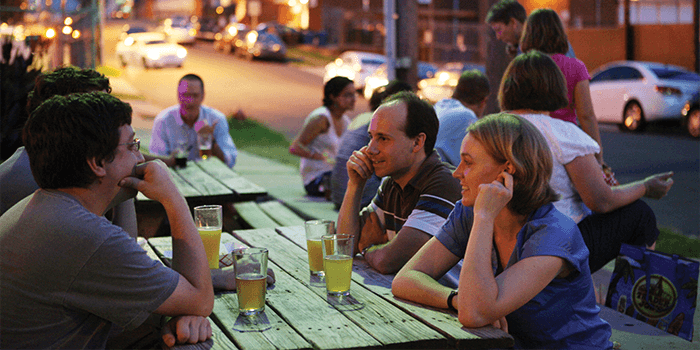 As the founder of Durham’s Fullsteam Brewery, Sean Lilly Wilson has brewed with a myriad local ingredients in his pursuit of creating what he calls a “Southern beer economy.” From sweet potatoes to sassafras, pawpaws to persimmons, if it grows in North Carolina, chances are Wilson has either brewed with it or seriously considered doing so since opening his brewery in 2010.

There was a time, though, when Wilson wasn’t so worldly a brewer, let alone a drinker. Everyone has their own introduction to craft beer, and for Wilson, it was at a party back in 2001, a year after graduating from Duke University with master’s degrees in business administration and public policy.

“There’s this party,” a friend told him. “And there will be beers there that you’ve never had before.” 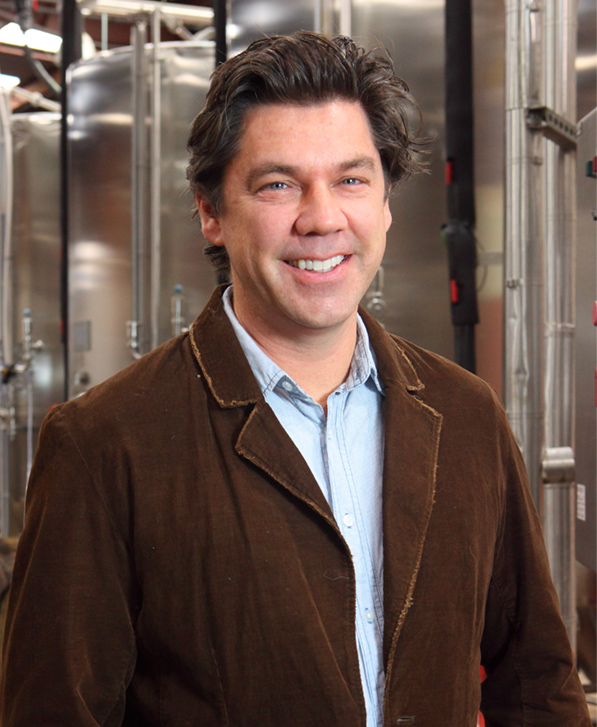 Wilson doesn’t remember which beers, exactly, those were. And why would he? As a craft beer novice, the names and rarity of those beers would have been lost on him anyway. What he does remember is the table brimming over with bottles, some with labels reading “Batch one” and others adorned with corks held fast by metal cages. And of course, he remembers the bold flavors that poured from those big bottles, as they were like nothing he’d had before.

He was enamored, like so many others in recent years, and asked his friend where he might be able to buy those beers. “You can’t,” his friend replied. “They’re illegal.”

Rare beer is nothing new at these so-called “bottle parties,” where attendees often pride themselves on sharing their most sought-after bottles. But the ones Wilson tasted that night were even more rare in North Carolina, where beer with an alcohol content of 6 percent or greater was forbidden. Brewers couldn’t brew a beer with a higher alcohol percentage, and retailers couldn’t sell it. This prevented entire styles of beer from being made and sold in the state.

Wilson was perplexed by the law. It originated in 1935, when North Carolina repealed Prohibition. Mill owners pressured legislators to impose the cap because they were concerned that their employees would fail to show up for work on Mondays.

“It just sort of got under my skin a little,” says Wilson, who saw the law as an impediment to economic growth.

Wilson admits to being ill-prepared to deal with the legislative process in the movement’s infancy. “I thought a petition would make a difference,” he says.

While a petition in and of itself wouldn’t do much, the people interested in signing such a petition would. They needed something to rally around, so Wilson created the Pop the Cap movement. He urged would-be cap-poppers to call or write their state representatives in a larger concerted effort. The group did much of its planning in 2003 and 2004 and directed its attention to the 2005 legislative calendar.

The Pop the Cap website featured downloadable brochures, flyers, logos, and other images (including a banner ad that read, “Virginia gets my beer money”). The group sold posters and T-shirts, the profits from which went toward lobbying efforts, and formed a board.

“I get far too much credit for my role in all of this,” said Wilson. “I was just a rabble rouser, and maybe kicked over a small rock that turned into a boulder. It was a key grassroots movement that caught the legislators by storm.”

They held fundraisers all over the state, where attendees could become a Pop the Cap member for $15 and sample beers like Brooklyn Brewery’s Black Chocolate Stout, Sierra Nevada’s Bigfoot, and North Coast Brewing’s Old Rasputin. Those beers might seem pretty pedestrian now, but at the time, they were downright exotic in North Carolina. These events were key in raising awareness of the initiative throughout the state.

“We definitely built a community out of it,” said Wilson. “I think that was one of the secrets to the success. Anyone who attended one of those events, or got a T-shirt, or called a legislator — I think they felt a real part of ownership, a real sense of pride.”

“It was intense,” Wilson said. “It was political theater. It was cartoony. It was absurdity. It was fantastic.”

When did Wilson know they would prevail? When he was walking the legislative halls he heard one legislator say to another, “Did you hear about that Pop the Cap movement?”

“And at that moment, I knew we had them,” Wilson said. “They were talking about us in the halls.”

Had them they did. Governor Mike Easley signed the bill into law on August 13, 2005, raising the state’s alcohol by volume cap from 6 to 15 percent. Confidence had grown so much prior to this official signing that some of North Carolina’s oldest bottle shops — places like Cape Fear Wine & Beer in Wilmington, Peabody’s in Boone, Brawley’s Beverage in Charlotte, and Sam’s Quik Shop in Durham — were already working with distributors to bring in offerings from higher gravity breweries.

Some breweries, too, were covertly getting a jump on things. Before House Bill 392 was even signed into law, Old 392 Barleywine was fermenting away at Carolina Brewing in Holly Springs. Across the state in Asheville, Highland Brewing sat quietly on its 8 percent Tasgall Ale.

In some ways, it seems North Carolina’s ascendancy as a craft beer destination kicked off that week and has shown no signs of letting up. (But of course, that’s doing the state’s old guard of breweries a disservice, as many were producing great beer long before the cap was popped.) Still, North Carolina’s tremendous rise in the craft beer industry would not have been possible without the law’s passage. North Carolina wouldn’t have grown nearly 100 of its own breweries, let alone landed big players like Sierra Nevada Brewing Company, Oskar Blues Brewery, or New Belgium Brewing.

Bottle shops wouldn’t have flourished across the state as they have, either. Sam’s Quik Shop, just a few miles away from Fullsteam Brewery in Durham, might not have made such a beautifully eccentric transition over the years: first from the old Blue Light diner, then to a gas station filled with everything from magazines to VHS rentals to a few imported beers, and finally to a bottle shop with upwards of 2,000 unique beers, the largest selection in the state.

For his part, Wilson is not surprised at the growth over the last decade — it’s just all moving a bit faster than he anticipated. The Pop the Cap movement was key to this growth, but Wilson says it’s only part of the picture.

“There are a lot of other things that make North Carolina a great beer state,” Wilson said. “I don’t want to give the law change too much credit. I feel like it was the last big burden, but we had the bones in place to be a great beer state.”

After popping the proverbial cap, Wilson kept growing that culture through Pop the Cap 2.0, focusing not on legislation, but on education. He wanted to continue fostering the community he saw come together prior to popping the cap, to direct their shared passion into making North Carolina an even better beer state through festivals, tastings, and seminars.

And then the man who once upon a time came across some interesting beers at a party decided he wanted to brew them, too. He slid open Fullsteam’s massive red door — the one with the backwards “F” on it — in 2010.

Today, new drinkers belly up to Wilson’s bar never having known a time when you couldn’t order such beers.

“I’m so glad that they don’t,” Wilson said. “We don’t have to look back with any kind of fondness at this time when we had this restriction. It’s gone. We’re in this totally new era of beer in North Carolina, and in a revisionist history sort of way, I kind of wish it was always like that.”

He adds, “I don’t care if people forget. I don’t mind if this little piece of history is forgotten. I don’t need any credit or any recognition or anything like that. Let’s just forget it — it’s too good right now to dwell on any of that.”