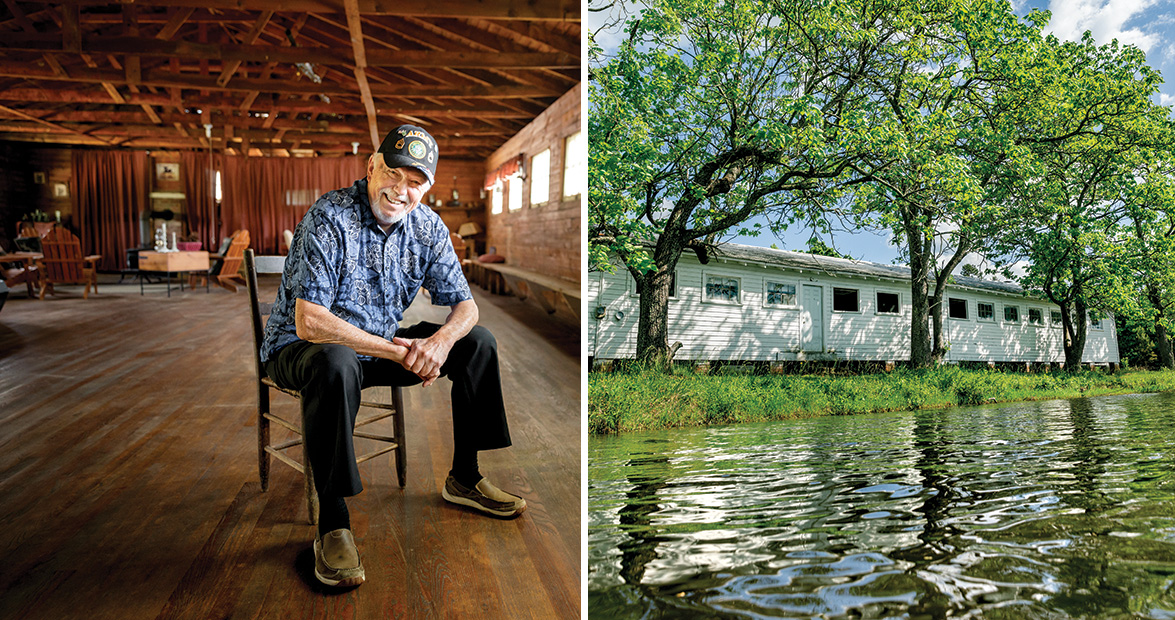 It’s been 65 years since Cleo Barker last walked through the door. That’s a lot of water over the dam. Cleo clasps his hands together, ducks his head, and steps into the past.

The last time Cleo was inside the old Sizemore Lake dance hall, just a few long frog hops from tiny downtown Liberty, the place was packed wall to wall. Cars jammed the field outside. The bump and thump of the band echoed over the pond.

“And the soldiers, boy, I tell you,” he says. “Them boys from the 82nd Airborne in Fayetteville would come down, and those girls from UNCG would meet them, and Lord, have mercy. What a time.”

Cleo’s grandfather, a regionally famous dance caller named Hugh Dillon, started calling Appalachian square dances at the Sizemore Lake dance hall around 1948 or so. Cleo was 8 or 9 years old. “He wouldn’t bring me here on Friday nights,” he grins. “Things could get a little rough. But he’d bring me on Saturday. And he’d call those dances and the people were just shoulder-to-shoulder and good Lord, look at this place — it hasn’t changed a bit.”

Just outside the door, W. G. “Dub” and Shearer Bridges watch, quietly. Dub grew up on this family farm, remembers picking up the beer cans on Saturday mornings, remembers watching hands reach up to unscrew the bare light bulbs when the slow dance music played. The couple knows what a treasure has been handed down to their care. And they know that the dance hall roof needs replacing. They know that snow blows through the windows and the paint is peeling. They wonder how they’ll keep this place up, this place that’s been the heart and soul of their family for generations. They wrestle with the quandary of what their responsibilities are when fate hands to your care 2,700 square feet of forgotten history.

Cleo takes a deep breath, and I wonder if he can’t see just how much everything has changed after all.

Sizemore Lake is really a large pond, 17 acres of quiet water ringed with trees and pasture. It’s not all that different from countless other farm ponds dotting rural North Carolina, except for the sprawling historic oak-floored dance hall that overlooks the pond dam, and its singular place in history. In the 1940s, as World War II was winding down, military bases swelled with soldiers. At Fort Bragg, Cleo says, soldiers on weekend passes were confined to a 50-mile radius of the base. Dance halls cropped up across the region, mostly built to overlook farm ponds, and for a few years, you could barely hear a bullfrog on a Friday or Saturday night for the old-time music and the Appalachian square dance callers singing out the steps: Circle left. Weave the ring. Clover leaf. Swing her easy, now. 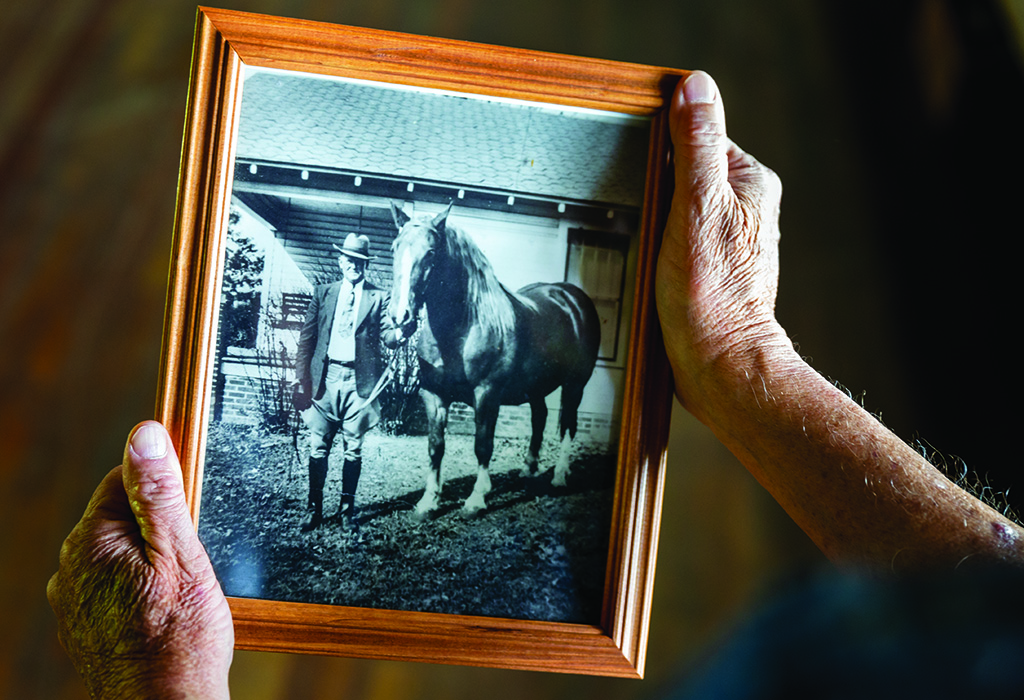 And the Sizemore Lake dance hall may well be the last one of its era still standing. After a memorable run as a dance hall, a small part of the place had a long and beloved second act as a prized fishing hole for locals. For many years, Dub’s grandmother spent her days at the pond, in the old drinks room of the dance hall. “She sold RC Colas, MoonPies, and fishing worms,” Shearer tells me. “She loved that pond. Was down there every day with her cashbox. It cost 50 cents to fish, a dollar to rent a boat.”

But the family began to worry about her safety and knew that it simply wasn’t practical to run a fishing pond business. The drinks room of the dance hall was abandoned. The whole place was closed up until the 2000s, when they began to use it a few times a year for family reunions and church Christmas socials. Hardly anyone knew much about its glory days. Until Cleo Barker walked back in the door.

I ask Shearer if the clubhouse ever feels like a burden. Not a burden, she says thoughtfully. “But it’s a handful because every time you fix something, you find three other things to fix,” she says, with a resolve that suggests that she will do whatever it takes. But with the challenges of loving an old farm pond dance hall, there is new hope: The Bridgeses’ daughter and son-in-law have moved to the farm, and a granddaughter — the sixth generation to live by the pond — has now inherited the family’s love for the water, and the rolling fields that give way to the pond’s edge, and the old white building that was old and abandoned the first time Shearer saw it.

After we say goodbye to Cleo, I walk the dozen steps to the edge of the pond, where the white walls of the dance hall are reflected in the quiet waters near the shore. Shearer is right: Down to the mossy tree bark of the old catalpa trees that shade the water, everything is a little weathered here, a little worn.

Except for the pond. When the breeze dies for just a moment, and the surface of the water near the shore turns to glass, the reflection of the tree branches reaching across the old clubhouse windows looks like the hands of dancers. It reminds me of a sign tacked long ago above one of the dance hall’s doors: The best thing to hold on to in life is each other.

And so they do, the old dance hall and the farm pond and this caretaking family, six generations now, all leaning into each other as the strains of old-time country music fade away, and the spring peepers and bullfrogs fill the silence.