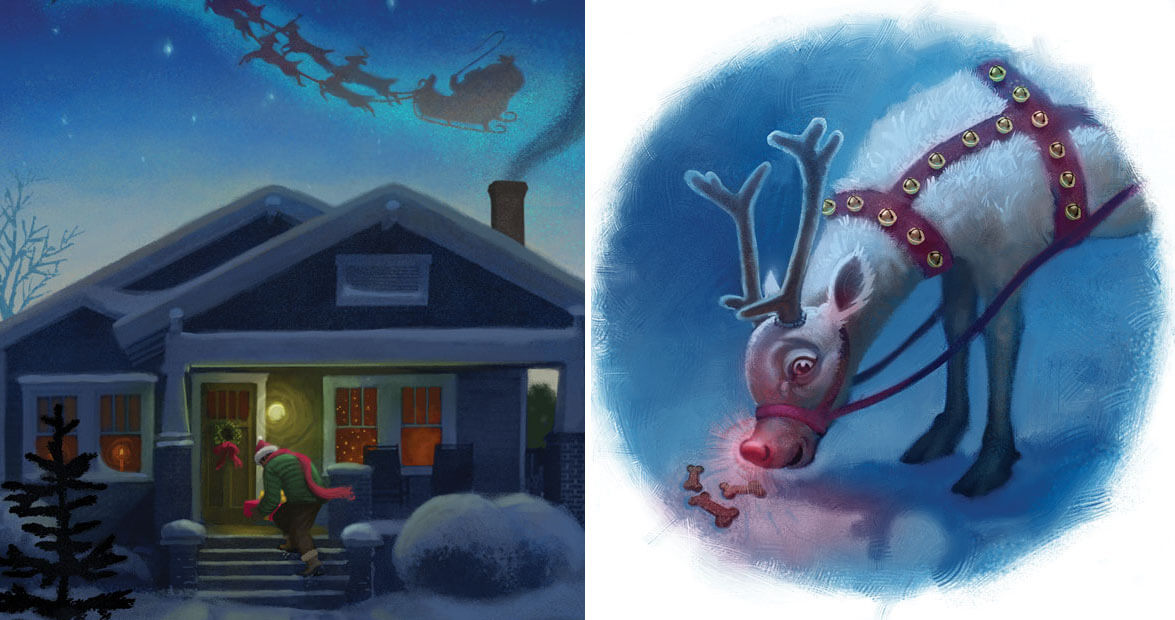 The light was just right. It was late afternoon, in late December, and we were headed east, toward my grandparents’ home in Goldsboro. The low sun beamed through the back hatch glass of my family’s Ford Pinto station wagon — the fancy version, with the fake wood grain down the side — and lit up the stack of Christmas presents that my parents had piled in the back. I knew it wasn’t fair to peek. And to be honest, a part of me didn’t want to know. But the front windows were cracked a couple inches, and the wind rustled the wrapping paper with an alluring flutter. It lifted a few taped corners. I caught a glimpse of dark letters. Part of an image. Forbidden fruit, but irresistible to a 9-year-old.

Suddenly, a great shaft of sunlight lit the thin red tissue paper on one of the boxes just so, turning it translucent and nearly see-through, and there it was: I could barely make out the letters “F-O-C-A” and the numerals “7X.”

That was all I needed to see. My imagination filled in the blanks. With that unbidden peek, the secret was out. In a letter to Santa, I’d asked for binoculars for Christmas, and had not said one word about them to my parents. To be honest, I’d been on the fence for a while, struggling as a true blue (or red) Santa believer. But that bright afternoon sun on that cheap tissue wrap was too much to deny.

It’s not that I’ve given up hope entirely, you understand. But from that day to this, my road of belief has been an act of will, not of faith.

In my house, the Santa ethic remains strong. My kids are way out of footie pajamas — they’re out of the house, even — but our family mantra has never wavered: If you don’t believe, you don’t receive. I know my children are old enough to drive, vote, and taste of the Devil’s liquor — not you, Jack — but let on that you’ve given up on St. Nick, and you’ll find lumps of coal in your stocking. We talk about Santa like he lives three doors down. Like he’s a neighbor, a friend we haven’t seen in a while, that old guy we run into at the hardware store every now and then.

I come by it honestly. I come from a history of Santa enablers. I recall the year my dad clambered on top of the roof, doing his best to emulate Clement Clarke Moore’s outside-the-window clatter. I never knew whether his intention was to deepen our faith in Santa or get my brother and me in bed, finally, after fighting sleep on a long Christmas Eve. But I don’t recall my parents ever coming clean about the spirit of Christmas, and I’m glad they didn’t. Don’t ask, don’t tell. I’ve kept that little ember of belief alive, and I’m passing it along.

My wife, Julie, and I have kept up the Santa Claus spirit with great fervor. Our roof has a super steep pitch that a mountain goat couldn’t hang on to, centered by an old coal-burning fireplace barely large enough to drop a candy cane through. Our kids, Markie and Jack, never really bought that whole rooftop-and-chimney thing. But as they left cookies and milk beside the Christmas tree indoors, we encouraged plates of carrots and dog treats in the driveway. “Rudolph’s gotta eat,” we’d say, as if that were the final word on the great debate. After they hit the sack, I’d gnaw on the ends of the carrot sticks and crush a few dog treats as if they’d been trampled by hooves. Hook, line, and sinker, for years.

Not that there aren’t pratfalls along the way, as most parents can attest. One year, a couple of days before Christmas, Markie said she wanted a Sanitary Fish Market and Restaurant T-shirt. Julie replied, her voice marked with equal measures of soothing and alarm: “Well, sweetie, it’s a little late for that.” Unflustered, Markie simply replied: “It’s OK. I’ll just ask Santa.” Like a reindeer gone wild, Julie was on the phone: Anybody driving in from Morehead City? We have an emergency here.

One of my greatest acts in the service of the spirit of Santa Claus was to one of Jack’s best friends, Eliza. She’s one of those give-it-to-me-straight kids who sees right through the smoke and mirrors. Her mom confessed to Julie that Eliza had been struggling with Santa doubt. Eliza had settled on a straightforward course of action: She asked Santa for one of Rudolph’s antlers. Proof of the pudding. A priori evidence. Any man who could command Arctic fauna to fly and pull a sleigh around the globe in less than 24 hours could surely cough up a spare reindeer tine or two. Eliza’s plan was brilliant: Show me your cards, jolly big man.

When Julie told me this story on the afternoon of Christmas Eve, I felt as if my life’s purpose had suddenly come into clear relief. A troubled child. A cry for help. After all, I had Rudolph antlers in spades. Well, maybe not Rudolph’s antlers. But I have baskets of deer antlers lying around.

Late that night, I rolled my truck in front of Eliza’s house, headlights dark, and snuck up the driveway with half of a six-point buck rack in my hand. I did give passing thought to possible law enforcement difficulties, but I was on a mission. I positioned the antler carefully, half under a boxwood, as if it had gotten snagged in a cold leather harness, a shiny sleigh bell jingling as it snapped harmlessly off of a reindeer’s noggin.

Driving away, I remembered that day in the Pinto station wagon, so many years ago, when I learned something that I didn’t really want to know. A couple more years in the dark would have been nice. Walking into my own home, stepping over a plate of fresh carrots and dog biscuits, I felt like I’d given a gift to myself. My ruse at Eliza’s turned out to be a complete success. Another child’s heart protected. Another Christmas morning saved, at least for one more year. Even today, her family keeps that antler on a living room bookshelf year-round, a symbol of giving that transcends childhood.

If you don’t believe, you don’t receive, you see. Even when the gifts don’t come wrapped in boxes.