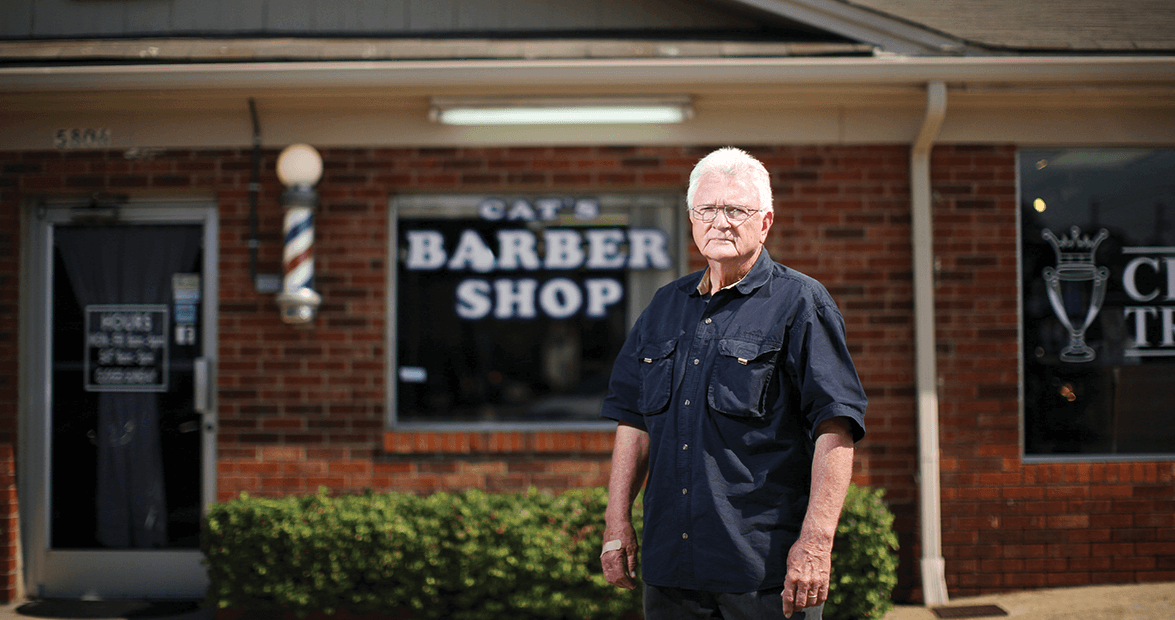 Editor’s Note: This story was originally published in January 2015 and updated in November 2017.

A roll of paper towels stands between the sink and an aluminum spray bottle labeled H20. The boss yanks off two squares from the roll and stuffs them into the front collar of his tan Eddie Bauer button-down, as though he’s about to eat a dripping barbecue sandwich. Instead, he takes an electric shaver and a comb to the gray bristles atop the head of a Ford salesman.

The boss stands behind the head and looks into the mirror. The Ford salesman — his short, stiff hair well defined against the paper towels — looks back, unsmiling. With the finesse of a sculptor and the precision of a surgeon, the boss takes command of the tiny, whirring blades. His craftsmanship dictates that he not only shorten the hair, but also make its ends as straight as a sniper’s aim. The blank backdrop of his bib allows him to see the hair clearly, ensuring an even cut.

Reddin Honeycutt is the boss here at Cat’s Barber Shop in Fayetteville. It says so in Crayola letters on notebook paper taped to the mirror. The title fits him especially well because Honeycutt is a master of his trade. To watch him shape a flattop, the classic cut of the chiseled recruit, is to witness artistry. 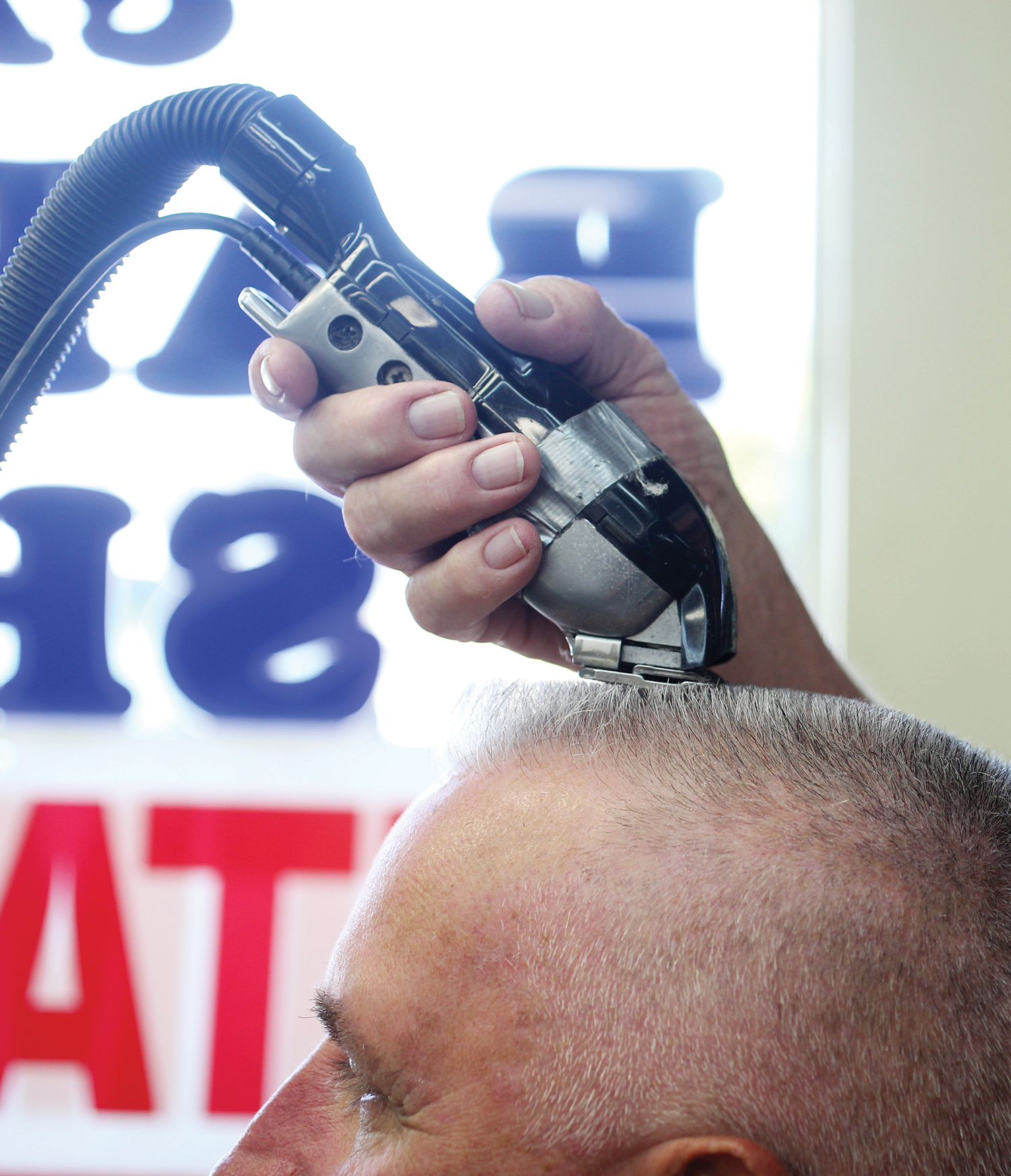 “I could cut a flattop before I went to barber school,” Honeycutt says. “Not like I can now, but I was pretty good.” He’s 77 years old now and has been snipping, shaving, and styling since he was a teenager. Men who have fought the Viet Cong and the Taliban, who have earned the Purple Heart and worn stars on their shoulders, have entrusted their heads to his hands.

On this Friday morning, men with tight arms and high-and-tight hair wait their turns. Most have tattoos in plain view: on their necks, on their forearms, on their calves. Sitting near the corner, arms crossed, hair neatly plateaued, is a 58-year-old retired soldier named Tony Shiflett. Cat’s has provided routine maintenance on his flattop for decades. “Not everybody can do it,” Shiflett says. “It takes patience, and he’s got a lot of patience.”

The original boss here was Clenneth Brewington, nicknamed “Cat,” who died in 2001. Honeycutt worked under Cat for several years and bought the shop after his death. Honeycutt speaks with a certain reverence about his predecessor and mentor. Cat’s is among no fewer than two dozen barbershops along a mile stretch of Yadkin Road, just outside the gates of Fort Bragg. Barbering is big business around any military base. But even with all this stiff-haired competition, Honeycutt and his staff often rank at the top of those “best of” and “reader’s choice” awards given by local publications.

The walls here are covered with knotty pine paneling, and they’re as decorated as a battle-tested master sergeant: a certificate of appreciation from the U.S. Army John F. Kennedy Special Warfare Center and School; photos of the Golden Knights sending “warmest regards to Cat’s Barber Shop”; a framed assortment of patches and medals from the Special Operations Command; a wooden plaque with the insignia of the 82nd Airborne.

The quality of a barbershop is often commensurate with the variety, and sheer volume, of magazines on display. At Cat’s, the tabletops are buried beneath Men’s Fitness, Western Horseman, Boys’ Life, AARP, Time, National Geographic. And right here, on one of the seats, freshly leafed-through and never to be found in a salon, is a copy of The Drop, the Army Special Forces magazine. 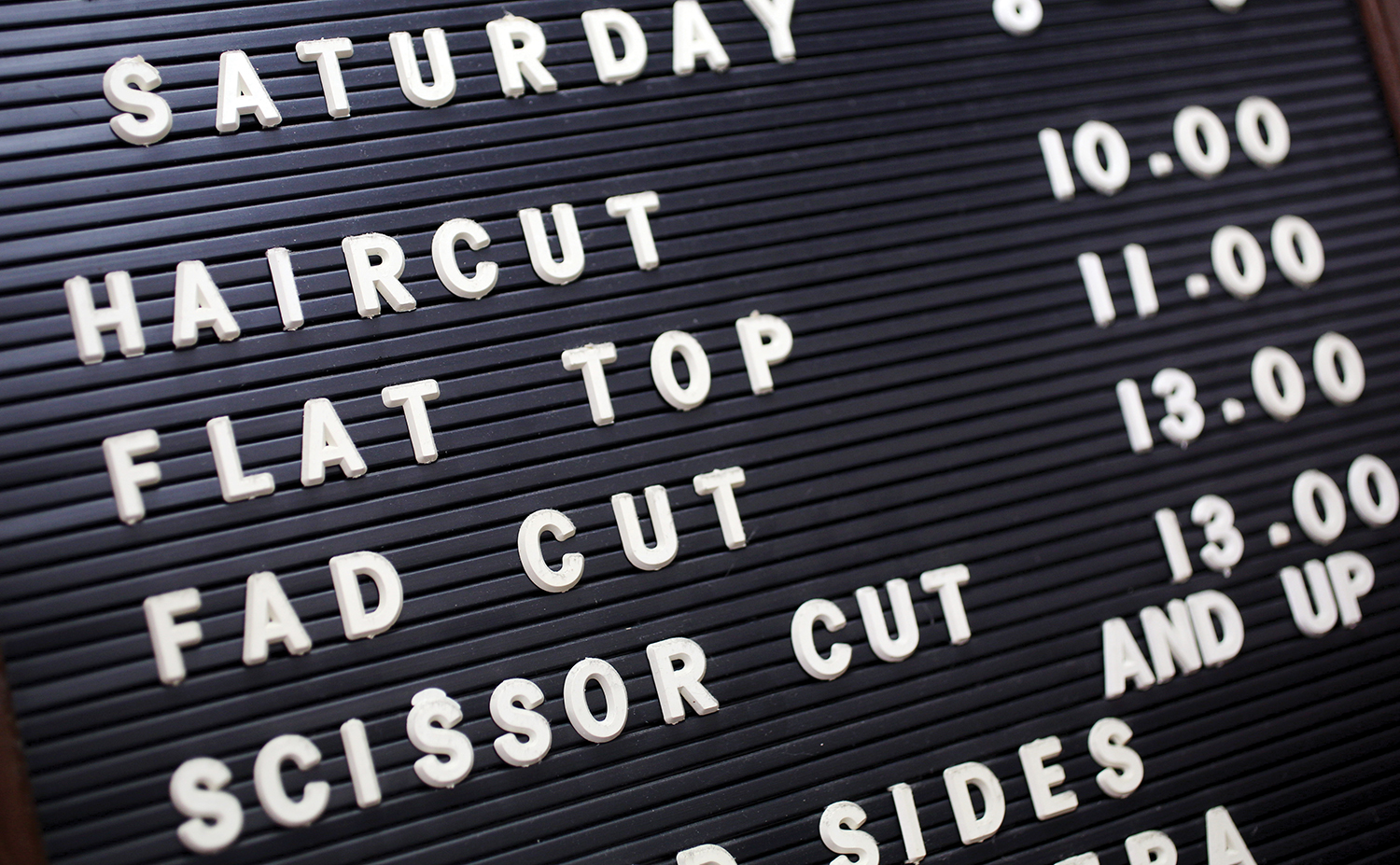 Although Cat’s caters to the testosterone set — specifically to men of military moxie — Honeycutt is the only male barber on staff. Beside him is a 20-something named Annie Dwiggins, who has red hair and wears designer jeans. At the far corner is Mandy Autry, with long blonde hair and a bubbly disposition. “We keep him young,” Autry says of the boss. “We talked him into getting an iPhone.”

She, too, can do flattops but would rather defer to the master. “He free-hands it,” she says, meaning Honeycutt can accurately guide the shaver without using a comb for a baseline. It’s a phrase the Ford salesman uses himself, as if speaking of a water- skier who can go barefoot, or a comic who does improv. DeLynn Faircloth has never served in the military, but a few years back, when his ’do was loose and long (as in below the collar), he decided to get a “Schwarzenegger” cut. He walked into a barbershop where a woman said sure, she could do that. Unfortunately, Faircloth says, “All she did was a buzz cut.”

Anybody can do a buzz cut. It takes a keen eye, a steady hand, sharp razors, and experience to fine-tune a flattop. But skill isn’t the boss’s only responsibility. Given his clientele, Honeycutt is expected to be reasonably conversant on national security issues and politics, which is why his flatscreen TV daily displays news. When something fetches his attention, he steps away from the chair, looks stern-faced at the screen, and then returns to his flattop. He might comment on what he just heard, depending on the chattiness of his customer.

Many clients go mute in the barber’s chair — some close their eyes — preferring to savor the soothing sensation of an electric shaver against their scalps. Others fill the air with commentary, like the guy in a black T-shirt, black pants, and black cowboy boots, who’s discoursing terrorists and martyrs, quoting Genesis 16, and lamenting the stupidity of certain elements of humanity.

The soft-spoken Honeycutt is unruffled by strong personalities and opinions. His job is not to get into your head; it’s to make your head look good.

And now another head is done. He splashes on bay rum, unfastens the black cape, takes his $11,  looks over the bristled heads against the knotty wall, and says, “Who’s next?”