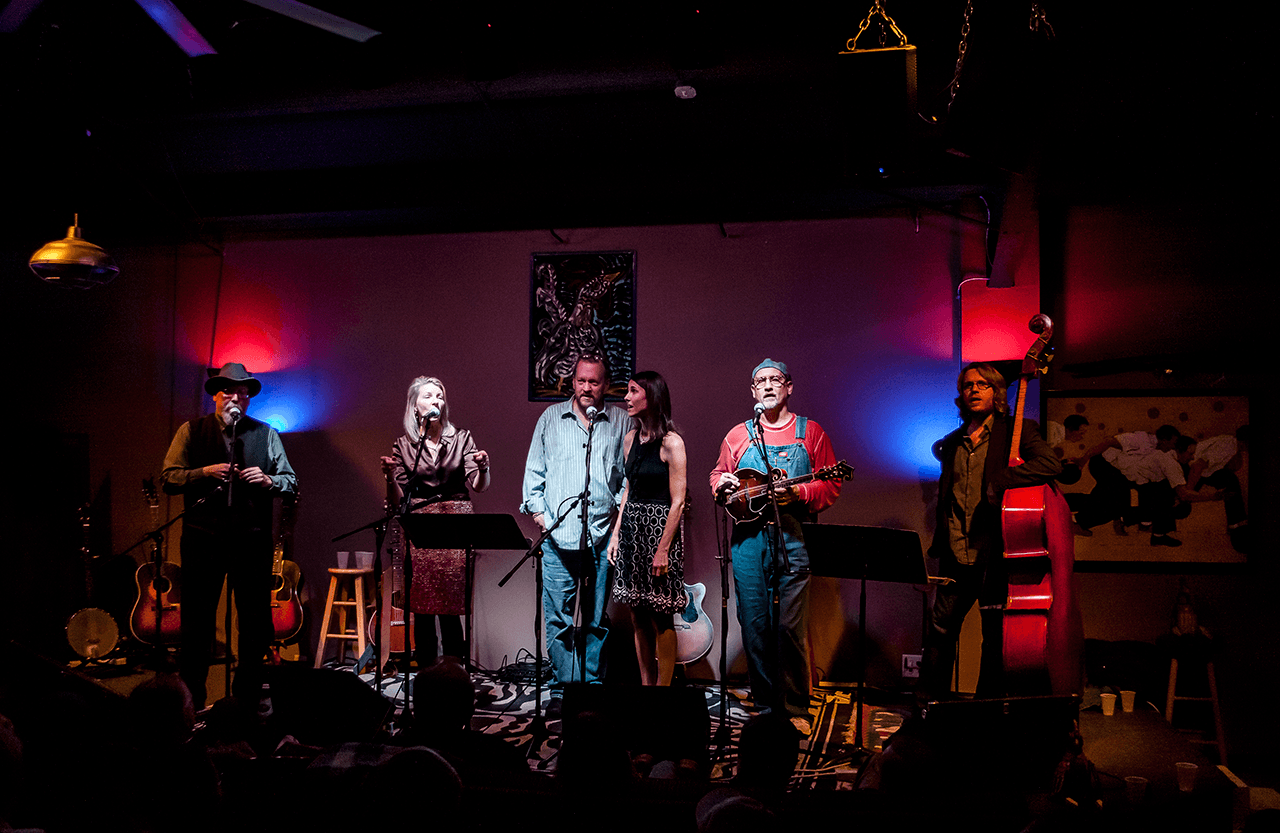 When the members of the gypsy-jazz band Onyx Club Boys take the stage to perform in Aberdeen, they do it on a full stomach. That’s house rule No. 1 for performances presented by The Rooster’s Wife: Feed the band.

“Traveling musicians give so much of themselves. If I can offer them a little respite from the road, then that’s the least I can do,” says Janet Kenworthy, founder of The Rooster’s Wife, a nonprofit organization dedicated to bringing live music to the town of Aberdeen.

On show days, Kenworthy and her husband, Jake, open their home to the evening’s performers. The musicians get a home-cooked meal. They relax before the show. They jam on the front porch. And then they wander the two blocks to Poplar Knight Spot, an art gallery and listening room at the corner of Poplar and Knight streets, and home to The Rooster’s Wife performances.

When Kenworthy first began to host live music in 2006, the concerts were in her home.

Following Hurricane Katrina, she made several visits to New Orleans on relief trips. She recalls how one man showed up with his guitar to sing to those who were being served emergency meals. She saw the power of live music to lift spirits and to create community, even in the wake of tragedy.

When Kenworthy returned to Aberdeen, she felt the absence of live music in her own community and decided to do something about it.

“I’m not one to complain if I can’t provide a solution,” she says. “The only solution at the time was to host a house concert.”

Since then, Kenworthy has opened the doors to a steady stream of national and local musicians, including Grammy Award-winning Texas swing band Asleep at the Wheel, Grammy-nominated jazz artist Kate McGarry, and North Carolina singer/songwriters Joe Newberry and Laurelyn Dossett.

By the time Onyx Club Boys, from Chapel Hill, take the stage, audience members have planted themselves on comfy couches and reclaimed chairs. Because the venue is small — only 120 seats — every seat in the house is a good one. Those who snag spots in the front row are close enough to prop their feet on the stage, to see the strings vibrate as the guitarist tunes up, and to smell the rosin from the violin bow.

That’s house rule No. 2: Make yourself at home. Pick a seat and get comfortable. Something special is about to happen.

“It’s like you’re playing a concert for your closest friends,” says Gabriel Pelli, who plays violin and guitar for Onyx Club Boys. “Because we’re so close and can see the audience’s reaction, it’s much easier to connect.”

Over the years, Kenworthy has cultivated an audience that loves and respects live music as much as she does, and word has traveled that Aberdeen is worth a stop on any musician’s tour.