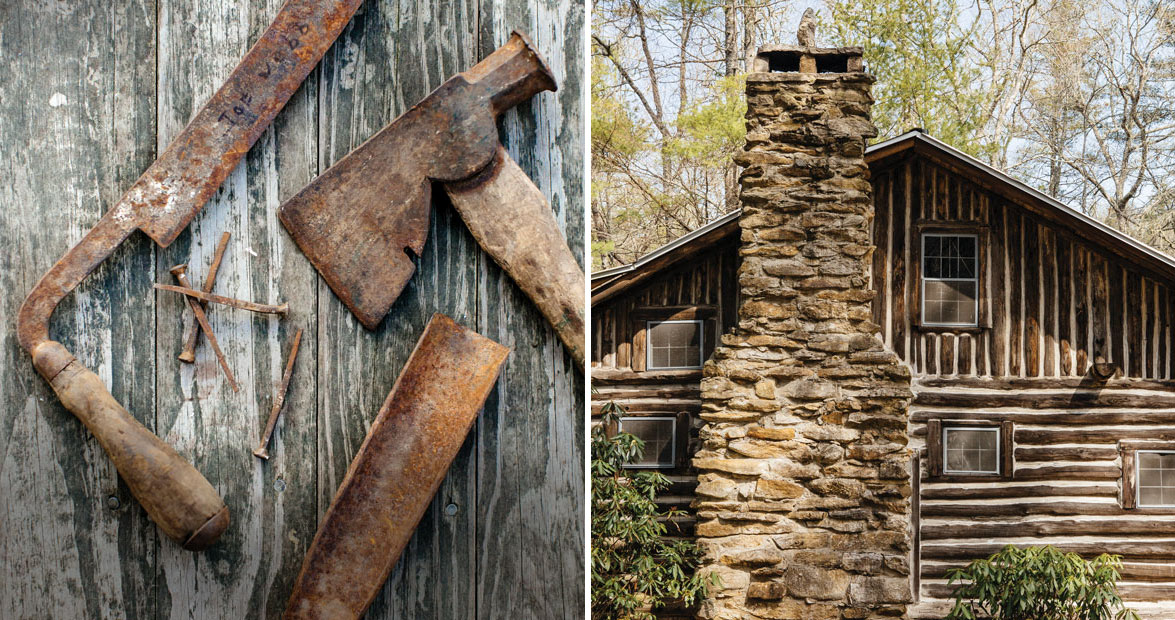 Highlands is not a place you stop on the way to somewhere else. Dotting the top of the western North Carolina plateau at 4,000 feet and accessible only by a twisting rivulet of road, the town has long been a tony mountain getaway. It was founded in 1875 as a summer escape. Now, among its primeval forests, creeks, and rhododendron thickets, million-dollar homes overlook misty vistas and cluster around lakes and line the Donald Ross-designed golf course.

But in the first two decades of the 1900s, when rising fortunes brought to Highlands families with enough money for summer homes, tranquility and isolation were the selling points. A local carpenter and home builder named Joe Webb, who had learned cabin construction from his grandfather, saw an opportunity. From the early 1920s to around 1940, Webb built some three dozen rustic cabins in Highlands that are still standing today. Owners would give him general instructions, their likes and dislikes, hopes for a window here and a fireplace there, but, mostly, Webb built what he wanted, letting the logs, landscape, and his own instincts dictate the end result.

A quick and jolly barn raising this was not. His process was painstaking, exacting, and, necessarily, slow. Once the logs were stacked level and a roof was put on, Webb would let the structure cure for up to a year. The logs, he believed, needed to settle, and only when they’d grown accustomed to their new life as walls would he begin chinking them with cement and working on the interior. Adorned with intricate laurel and rhododendron branch work on porches, balconies, and stairways, the cabins’ interiors and finishing touches are as notable as their exteriors. Because furnishings were difficult and expensive to transport, Webb began making furniture for his cabins, too — tables, chairs, and bed frames usually crafted from local golden and silver birch. 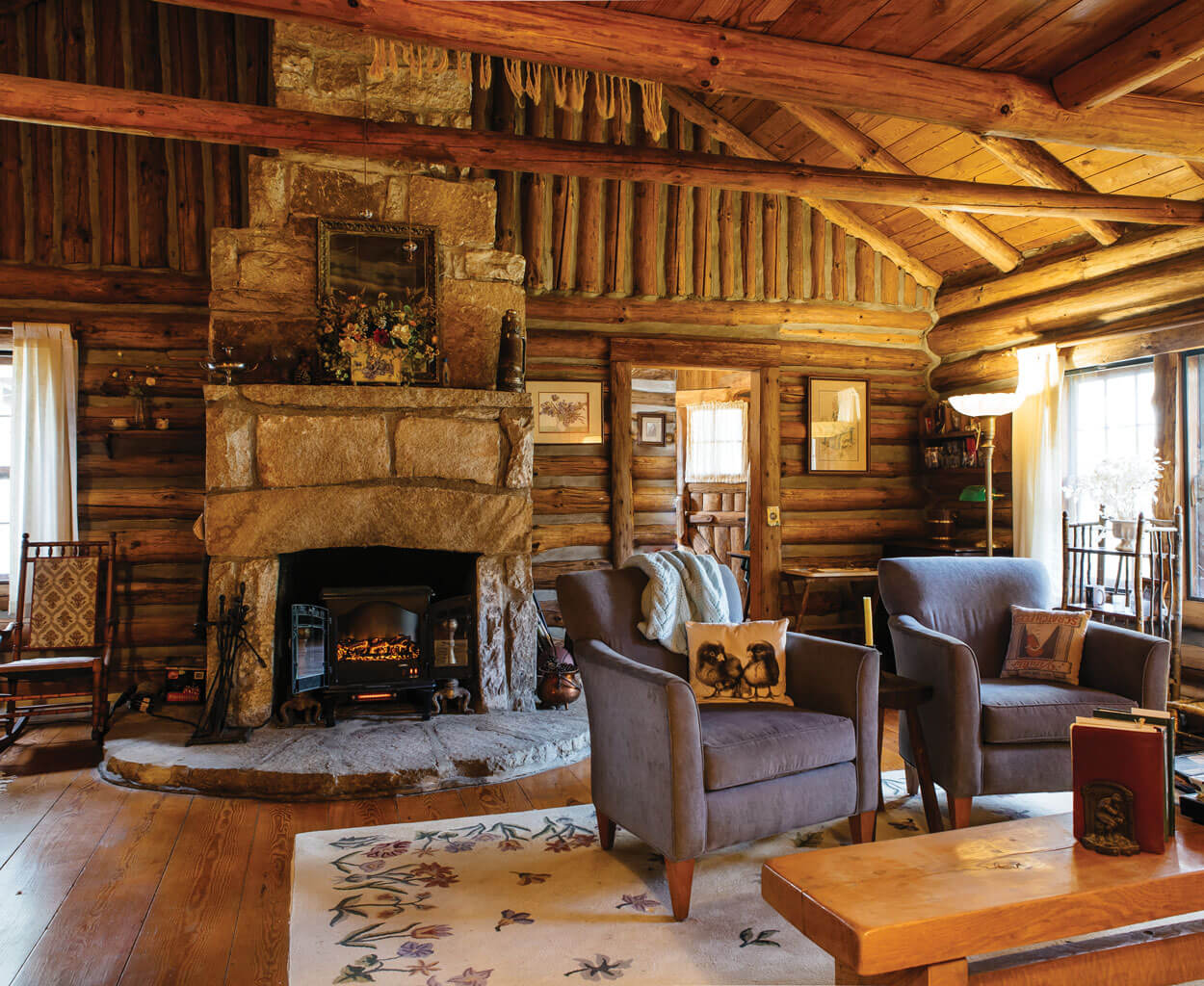 Marlene and John Schiffli’s Joe Webb cabin features a unique fireplace — Webb designed it on the interior instead of on an outside wall because he felt the stone would help keep the living room warm. photograph by Tim Robison

One cabin could take years to complete, but owners appreciated that each one was obsessively designed down to the smallest detail. “People love them because they’re unique,” says Terry Potts, a real estate agent whose family goes back generations in Highlands. “It’s not a cookie cutter house. Everything he built has some real quirkiness to it.” Potts’s family owned a notable Webb cabin that was built on top of a stone house. It was one of the last homes he built — the mortar on the outdoor ice house is signed with his name and the date, 1941. And the first house Potts’s parents owned was a Webb-built slab-side log cabin on Mirror Lake.

When a Webb Cabin comes up for sale or rent, people pounce, Potts says. While most remain summer homes, some have been converted into year-round residences. Marlene Schiffli and her husband, John, combined his family’s two Joe Webb cabins into their permanent residence in the late 1970s. “All of us love the history of this house,” Schiffli says. “My grandchildren wanted to get married here because they felt that Papa was here in spirit.”

Webb’s distinctive style and workmanship are still recognized as something rare. “It’s like art,” Potts says, “but he wouldn’t have thought of himself as an artist.” Webb bought 114 acres just outside of town, with a farmhouse to raise his family, and began building cabins to sell. This property, known as Webbmont, remains a kind of living exhibit of his architecture. The Schiffli home is there, along with many other seasonal residences. 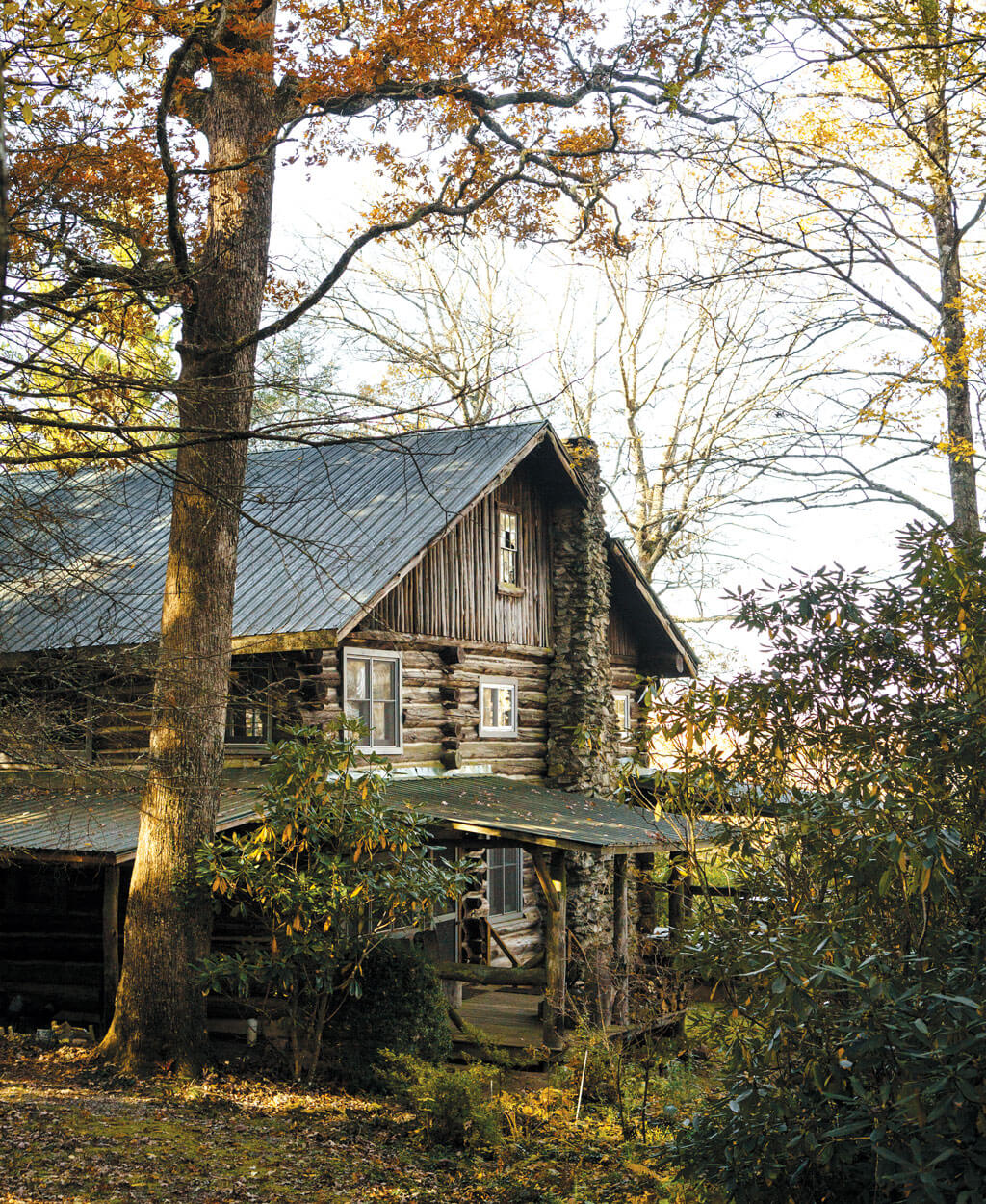 This 1937 Joe Webb cabin is considered one of the best examples of the builder’s work. photograph by Tim Robison

Webb sold all the parcels and moved down the mountain to Ellijay, where he died in 1950. But visitors to Highlands can still get a feel for his work at several cabins that have been turned into businesses: The Highland Hiker shop, in particular, preserves Webb’s design and carpentry. And beyond his own buildings, every intricate laurel branch balustrade or porch railing, every cabin with perfectly trimmed log ends, is a nod to Webb’s artistry.

Furman Vinson, Webb’s stepson, worked by his side and died at age 93. Vinson’s daughter Dale McCall has been the school bus driver in Highlands for more than 30 years. Learning from her father, who learned from Joe Webb, she built a house on Flat Top Mountain, where she raised her own five children. She’s not sure what to make of all the fuss over the cabins. To her, the value is in the materials, the hard work. “Dad told me one time, ‘If I’d known what I know now, I would have tried to build more cabins,’” she says, cracking a smile. “But more cabins would have made them less special.”