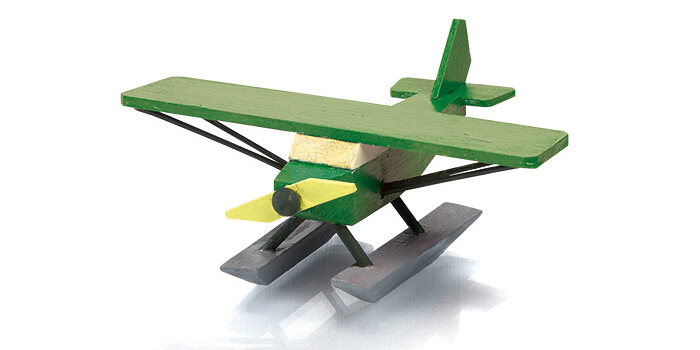 We’re winging down U.S. Highway 158 very early on a Sunday, in the flatlands of northeastern North Carolina. I’m undercaffeinated. My son The Toad is not. The two of us are in search of the Chowan River — in particular, of the Chowan River Rats, North Carolina’s only true seaplane operation. I have sent the River Rats an email that says: My son. He’s 4. He’s obsessed with seaplanes. Is there any possibility …? And the River Rats have come through with, well, flying colors: Sure. No problem at all.

(We are not, though, to fly. My wife has veto power in matters of earth vs. sky. This is a sit-in-the-cockpit-only type of deal.) 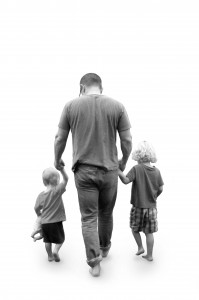 For months, The Toad has wanted to discuss seaplanes. Daily. Hourly. He has questions upon questions: How far can they fly? Who gets to drive them? Can we build a real one out of paper? Are they very, very loud? Once, at dinner, we somehow decided that green paint could never be on seaplanes — not as cargo, not as decoration. This stuck, became a rule, became the foil for epic, tangled stories — my favorite involves Goldilocks and the Three Bears, who have reconciled and are traveling as a family, having their seaplane vacation upended because Goldilocks is wearing green fingernail polish.

The Chowan, when we do find it, is wide and serene, possessed of great beauty. Not too many miles from here, it goes tidal, empties into the Albemarle Sound. It’s quiet. There are birds. I want, basically, to quit my life, to move into the round, red-roofed waterfront house belonging to the River Rats — whose seaplane, of course, is striped green. “Daddy!” says The Toad, eyes bright. Up is down, wrong is right, lions are lying down with lambs. Green paint. He just points. He doesn’t even say it.

Mr. Joyner is Henry Joyner, River Rat One of two (the other is his son; those are their call signs). He’s 60ish, and dressed like he owns a seaplane: sandals, ripstop shorts, neon yellow T-shirt, orange windbreaker. I get the sense that should we require a low-key yet swashbuckling rescue, Joyner would be our man. He’s very patient. He shakes The Toad’s hand. He loads us onto the plane, a gorgeous two-seat 1946 Piper Super Cruiser that smells deeply familiar, a gas-oil memory of my father mowing the lawn. The seats are leather. The inside’s green, too. The Toad is sufficiently thrilled, if a little overwhelmed. Pretty soon, he wants off. He wants to go back to the car to get his toy seaplane. Just like that, he’s done.

Henry Joyner squints out at the far bank, smiles. “You drove three hours,” he says, “for him to be on there 10 minutes?”

“Tell me about seaplanes,” I say, ducking his question. The Toad floats his toy in the shadow of the real thing. Joyner says, “I like that you can land anywhere. You’re not bound to some slab of concrete.” He tells me the whole plane’s probably been rebuilt 10 times. There’s something about re-skinning the wings that I don’t totally understand, but I touch the plane, as though that will help. He says that, when flying, you’re supposed to stay low enough “to where if the engine quits, you can land with minimal damage to life and property.” I confess: I start to suspect he might also be talking about parenthood. Or just being on the planet in the first place. I’m convinced of this when he says that the most difficult landing is on calm, glassy water: It’s almost impossible to tell where the surface is. You have to fly closely over something on land — a “last visual reference point” — and then set your descent, trusting and hoping that the plane finds the water. He doesn’t belabor these points. He just lets them lie. And when The Toad asks if he can get on a second time, Henry Joyner says, “Sure.”

This time around, the child is comfortable, babbling, excited. We’re on his terms. He steers, he checks the gauges. We refuel, apparently in midair. He tells me I should buckle my seat belt, tells me he’ll be a pilot when he’s 5. The doors are open. There’s a breeze off the river. We’re bobbing on the surface. Fifteen minutes. Twenty. We’re River Rats. I don’t want to leave. A good part of me wants to risk my marriage, ask if we can fly. It’s not just The Toad who thinks so: Being on a seaplane is really, really cool.

But Joyner’s noontime client arrives. The plane is not, as it turns out, very loud. They practice takeoffs and landings, touching down right in front of us on the Chowan, then lifting off again. It’s delicate and Hollywood all at the same time. The third or fourth time they do this, The Toad realizes he forgot to ask about the green paint. “I guess it’s a mystery,” he says. No lie. I tell him, “I guess it is,” and we watch the plane fly downriver until it’s out of sight, until it’s hard to say for sure if it was ever even there.