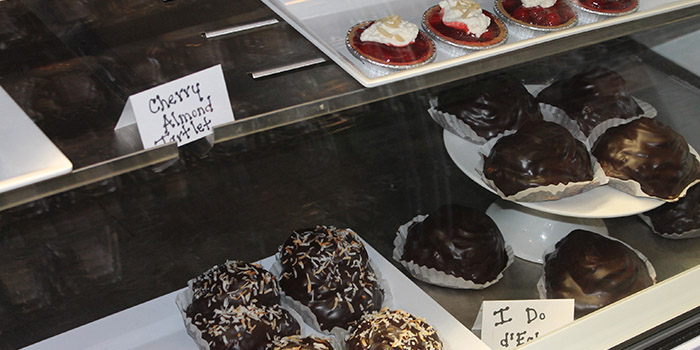 When Emily Divers was just a little girl, about 10 years old, she liked to stay up late at night with a childhood friend creating what she calls “concoctions” in the kitchen. The friends would videotape themselves cooking together. Sometimes, it was pancakes in unusual flavors; other times, something else.

Emily, who studied patisserie and baking at Le Cordon Bleu College of Culinary Arts in Atlanta (where classes included topics like bread, wedding cakes, and sugar-sculpting), prepares desserts using a commercial kitchen. Jani, who has a marketing degree, promotes the business and seeks expansion opportunities.

“She does her most experimentation with cheesecake,” Jani says of her daughter. “I do,” Emily agrees, noting that she used to be “terrified” of making cheesecakes. She has overcome it admirably, though: One of her recent creations was an Elvis-inspired peanut butter and banana cheesecake bar. 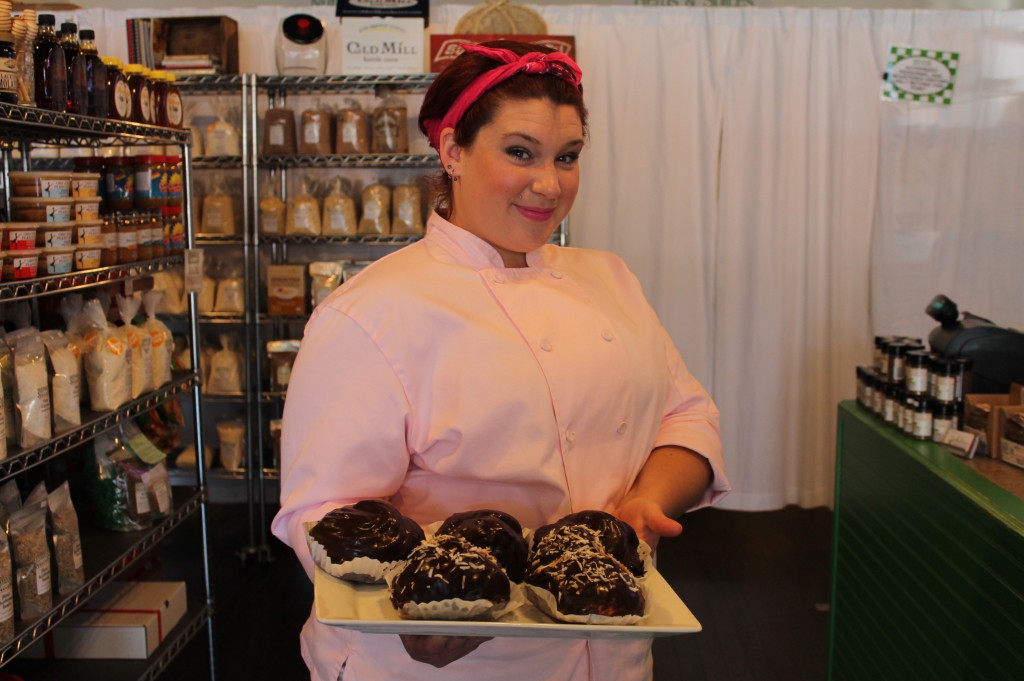 Emily Divers of See Jane Bake shows off a tray of her éclairs at the Provisions by Sandy Creek store in Waxhaw.

Éclairs also are among See Jane Bake’s signature items, and these are no ordinary ones. More like rounded clouds of goodness than traditional log-shaped éclairs, they are available in several flavors.

“I Do d’éclair” features caramel cream filling and is dipped in chocolate ganache. There’s a Key lime éclair dipped in white chocolate and sprinkled with lime zest, and something called “Mounds of Joy,” with a coconut cream filling and shreds of toasted coconut scattered on top. An “Orange You Sweet” éclair was just added.

Emily relishes the challenge of making éclairs, which she says are “temperamental” because you can’t open the oven while they’re baking.

Brownie offerings include flavors such as malted milk ball, pecan pie, and chocolate chip cookie dough. There are blondies, too.

Then there are the tarts: coconut cream, Key lime, sweet tea with a gingersnap crust, orange blackberry, chocolate cream, and more.

A recent summery dessert offering was strawberries and cream bars with a sugar cookie crust. When products call for fruit, See Jane Bake tries to use local strawberries or blueberries.

Best-sellers in their dessert lineup are the “I Do d’éclair” and Key lime tart. 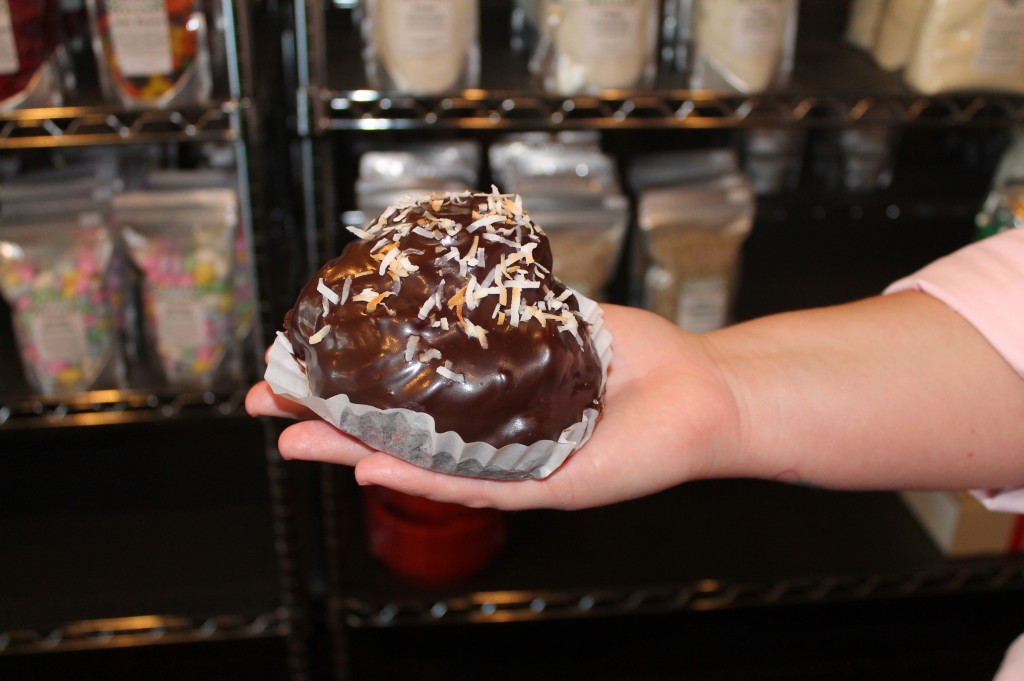 In addition to pastries, Emily also bakes wedding cakes and other specialty cakes.

Mother and daughter estimate they put in a combined 120-130 hours or more of work per week. “It can be overwhelming,” Jani says.

Emily hopes to someday have her own storefront. For now, her products can be found at Provisions by Sandy Creek markets in Belmont and Waxhaw, as well as Simonetti’s Pizza in Belmont. Individual pastries are $1.99 to $4.99.

Emily and Jani are at the market’s Waxhaw location delivering cherry almond tartlets and éclairs on a recent morning. The screen door opens and closes as customers and vendors stop by the store.

Meredith Coggins, operations director for the Provisions by Sandy Creek stores, says she loves the presentation and professional look of the pastries. Now, she says, customers are beginning to phone ahead to reserve items, asking “Are the éclairs there yet?”

Using a stand mixer, add softened butter and brown sugar and mix until combined. Add in flour one cup at a time. (Dough will look crumbly.) Put into a foil-lined, sprayed 13 x 9 pan. Sprinkle pecans all over top of crust.

Unwrap caramels into bowl, add heavy cream, and melt in microwave for about 3 to 4 minutes. Stir, then pour over crust and pecans. Bake at 325 F for 20-25 minutes.

Once bars are out of the oven, add chocolate chips all over the top.