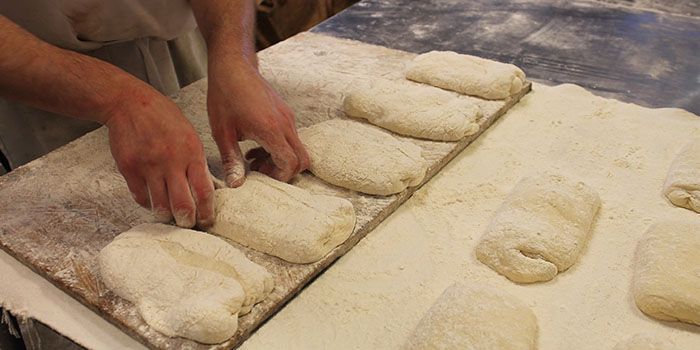 Adam Spears debated wearing a suit when he interviewed for a vendor space in Charlotte’s 7th Street Public Market, where he hoped to launch his business, Local Loaf. Instead of donning a suit and tie, he purchased a chef coat and had it embroidered. That coat proved to be an investment in his future.

Local Loaf — Spears’ restaurant, patisserie, and artisan bread bakery — held its grand opening at the 7th Street Public Market in 2013. You’ll not only find traditional breakfast fare like omelets and pancakes on the menu but also gourmet sandwiches on artisan bread, salads, soups, and a variety of sweet and savory pastries.

The flavor of bread depends on what Spears and his five employees feel like making each day. There might be fruit-and-nut, rosemary, spinach-and-tomato, or feta cheese with caramelized onion in the mix. Bagels are also available. Some of the mainstays in the bread lineup include brioche, sourdough, baguettes, and ciabatta.

Its wholesale bread business is increasing rapidly with a growing roster of customers, including Ri Ra Irish Pub, The Wooden Vine, The Asbury at The Dunhill Hotel, and Fahrenheit of Charlotte, Spears says. 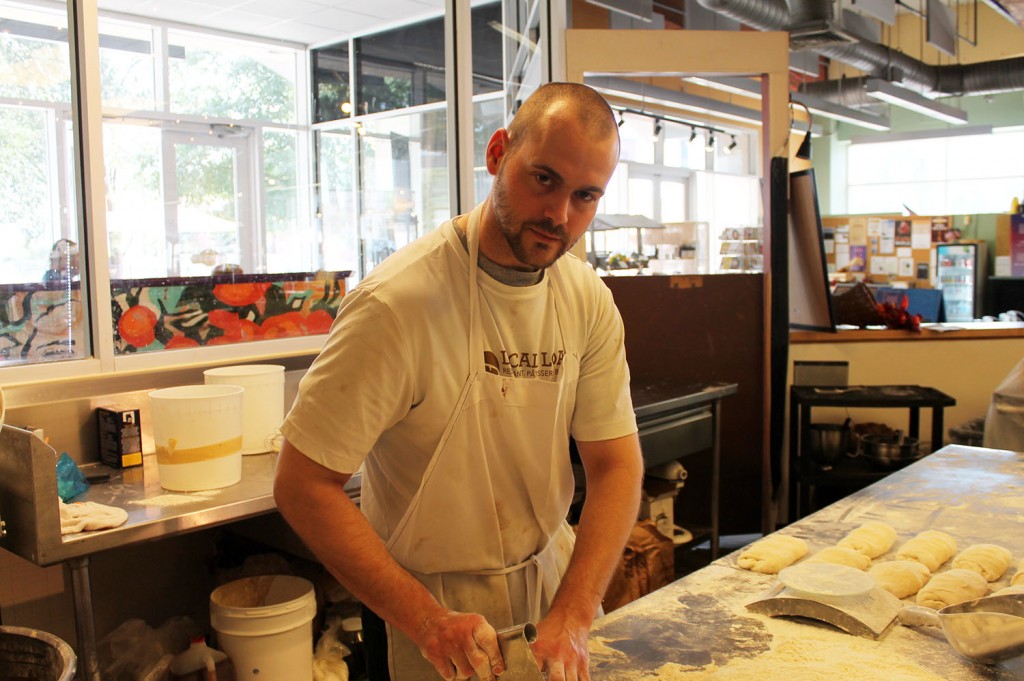 Spears, 28, wasn’t always on a culinary track. He changed his major at Ohio State from music education to hospitality management. Later, he moved south to study culinary arts at Johnson & Wales University, choosing the Charlotte campus over other locations given its closer proximity to his home in Ohio.

He traveled for Johnson & Wales through its “Roadrunner” program, recruiting high school students and leading cooking demonstrations. A scholarship enabled him to stay on at Johnson & Wales to study baking and pastry arts.

Spears says he also learned a great deal from his time working as a baker and sous chef at Heist Brewery in Charlotte, but he was ready to be on his own.

His dedication is obvious as he speaks about finding joy in ordinary tasks he performs every day. Last year, he says, he allowed himself only three to four days off the entire year.

One of Spears’ business mentors is Charlotte restaurateur Frank Scibelli. “Anything he touches usually does really well,” Spears says. “And so I’m very lucky to have someone like that, that I can call and ask questions.”

Another influence has been chef Charles Semail of Chef Charles Catering.

But it was master baker Harry Peemoeller who was a mentor to Spears during his time at Johnson & Wales. “Any time he was talking, I always tried to listen to him,” Spears says. “I definitely have never seen someone so passionate about bread-baking as I have him. So, he’s definitely an inspiration in my life.”

Hope Yancey is a freelance writer in Charlotte. She is a regular contributor to the community news editions of The Charlotte Observer. See her archived stories here.