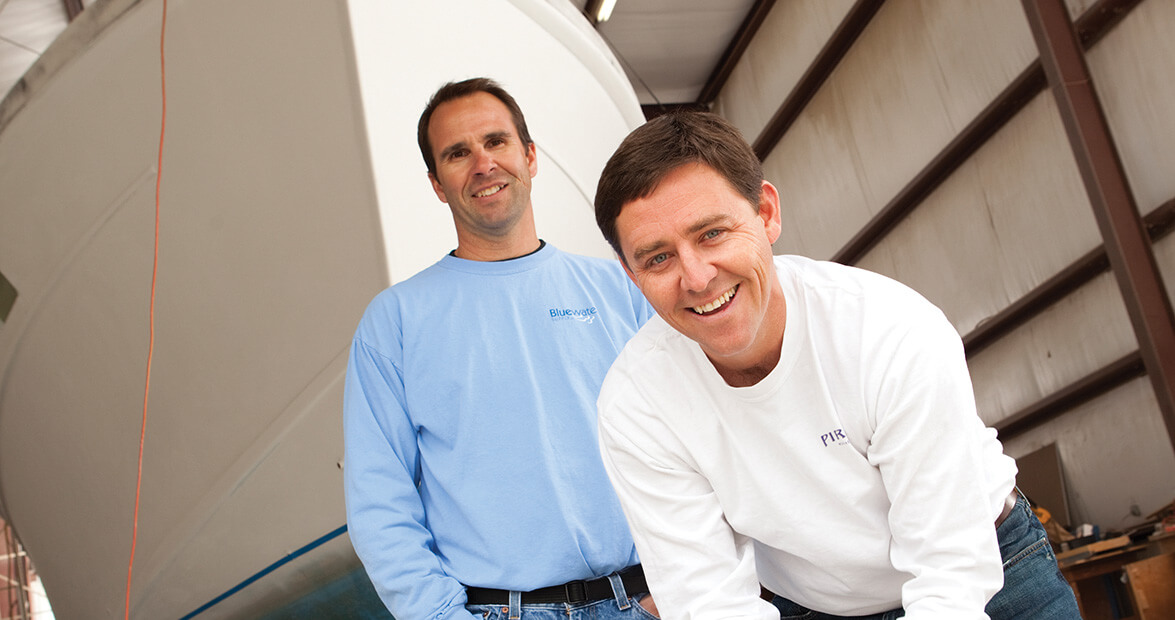 The boat is upside down. It won’t be for long, but that’s how it starts. Inside Shearline Boatworks in Morehead City, the upside-down boat is the company’s 30th hull. Thirty-one and 32 are also in progress.

“We skipped number 13, so that’s kind of misleading,” says Chip King, a North Carolina native who owns this custom-boat business. The owners of those 30 boats speak highly of him, his company, and his crew. And every day King works to make sure owners 30, 31, and 32 share the same sentiments.

When Shearline Boatworks began in 2000, it was a new company trying to make a name for itself in one of the oldest businesses in North Carolina.

A shipyard operated in Harkers Island, about 20 miles from Morehead City, as early as 1752. Over the years, the boats produced by North Carolina companies developed a specific style: handmade, wooden vessels with a flare in the bow that throws water away from the boat and allows it to travel smoothly through choppy waters. People began to call them Carolina boats. And Shearline produces that same style today.

But you won’t find a Shearline boat at work. These high-end boats are built for play.

When a customer decides on Shearline, he sits down with King and his team to talk out the boat’s design. Once they determine the layout, the men use a CNC router, a computer-controlled tool, to cut out the boat’s wooden frame. A boat has bones called stations and ribs called strips. Layers of plywood function as skin. They apply fiberglass to the inside and outside, and then the finishing begins.

“It takes hours of labor and sanding,” King says. “There’s no way around it.”

To achieve the glass-like finish, a Shearline boat might receive 70 to 80 layers of varnish and clear coat. The process is slow. A 26-foot boat takes a little less than a year to build, while a boat measuring 60 or more feet may take two to three years. That’s why after 13 years in business, Shearline Boatworks is only on number 31.

‘This guy is serious’

On a Saturday about eight years ago, Curtis Struyk had drinks with King in Atlantic Beach. Struyk casually mentioned he was thinking about a custom-built boat. He threw out some ideas. On Monday morning, King walked into Struyk’s office with a rendering of the boat.

“Is this the boat you want us to build?” King asked.

Struyk was impressed. “I said, ‘Wow, this guy is serious.’ ”

Once the process started, King encouraged Struyk to come by whenever he wanted, to watch the men in the shop.

Unlike the watermen who owned the first versions of Carolina boats, Struyk doesn’t put his 61-foot boat to work. He’s a sport fisherman. But every time he pulls out of the dock in Morehead City, just a few miles from where his wooden hull took shape, he keeps this tradition of locally built boats upright.