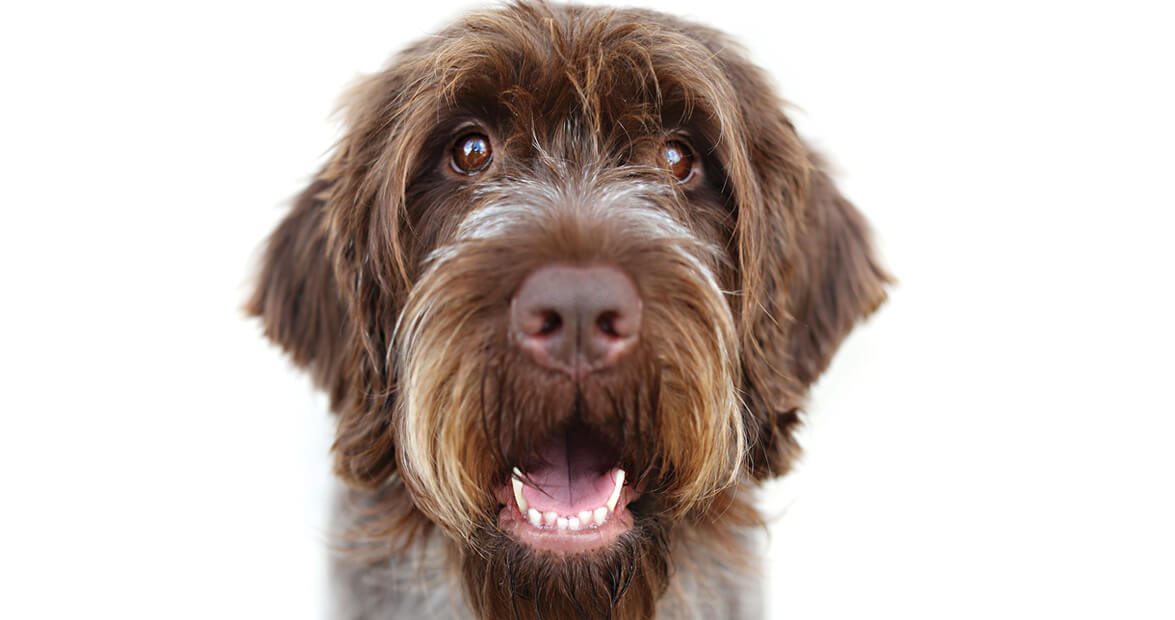 Authentic enthusiasts of every stripe personalize their license plates — this is a well-known fact of life. In the parking lot of the Durham Kennel Club, I find these: 1DERDOGS, UDWESTIE, DOG TAXI, GRCHAUFR. There are also a lot of bumper stickers, my favorite being My Dog Makes Me Happy (You, Not So Much). The “you” here is all-inclusive — it means everyone, the entire human race. That’s painting with a broad brush, but I have to agree: Human beings pale in comparison to dogs. Wag more, people!

The Westie-related license tag belongs to Lynn Reagan-Hull, who’s from Raleigh, and whose lovely little Westie, Nick, is in the ring with her when I walk inside. The Durham Kennel Club is hosting an American Kennel Club-sanctioned obedience trial today, and Nick, age 7, is crushing it.

The judge tells Lynn what to do with Nick — sit, stay, heel — and Lynn tells Nick what the judge tells her, and Nick obeys with an eager, happy devotion. I want what you want, Nick would say if he could talk; maybe it’s what all dogs would say. This is essentially what dog trainers do: establish a common language that can be shared between species.

Also, dispense treats. Approbation is one thing, but a nice beefsteak-flavored chewy bite is quite another, and let’s face it: You can’t eat praise. It’s demoralizing for an indolent dog owner such as myself to see what a dog can do if you spend some quality time with them. On the other hand, it’s reassuring to watch the dogs ingratiate themselves for a tasty morsel, which is exactly what my dogs do. The difference is that my dogs are like street urchins who get what they want with their big sad eyes, counting on my pity and my own desire for approval. The dogs at the Durham Kennel Club actually do something for their kibbles.

Nick and Lynn leave the ring at a swift clip and join the other dogs and owners ringside. Everyone thinks Nick did really well, and Lynn agrees. “One little bobble on the sit is all.” Still, Lynn is pleased and tells Nick what he’s been waiting to hear: “Let’s get some cake!”

People have come from pretty far away for this obedience trial: One participant came from as far as Maryland. The more obedience trials the dogs attend, the better their chances are for getting certain certifications, like a utility dog excellent (UDX), which is what Nick is going for today. Getting a UDX isn’t easy. A dog-and-handler team must qualify in separate events at a single trial to progress toward the title. And they have to do it a total of 10 times. Today is Nick’s 10th.

What surprises me the most about the obedience trials is how important the basic sit is. I always believed it to be the one command even a slow pooch knows, but getting it right, just right, is harder than it looks, even for these dogs.

The Obedience Regulations Booklet states: “The principal feature of [the sit] is that the dog sits in position before and during the examination without displaying resentment.” (My italics.) We’ve all been there, haven’t we? Enduring the resentment of a reluctant sitter. The dog will be “penalized substantially” for a bad sit. It stands to reason, then, that the highest drama of the afternoon is the three-minute sit. Five dogs sit side by side in a big ring, and their trainers leave the room. For the next three minutes, they can’t move. Sitting there for so long, doing nothing, the wise dog might wonder why he shouldn’t lie down and take a nap (which is exactly what one of the favorites, a Sheltie, does). Out in the waiting room, there’s a tense, twitchy silence. Lynn says, “This is the three longest minutes I’ve spent in my life.”

But there’s no need to worry: Nick is one of the four still standing. Or sitting, I guess. With hugs all around and a sympathetic pat on the back for the Sheltie’s mom, Lynn and Nick nearly skip out of the ring: He’s a UDX now. Lynn rubs the head of her new prizewinner. “We’re having more cake!” she says. “Sit.”