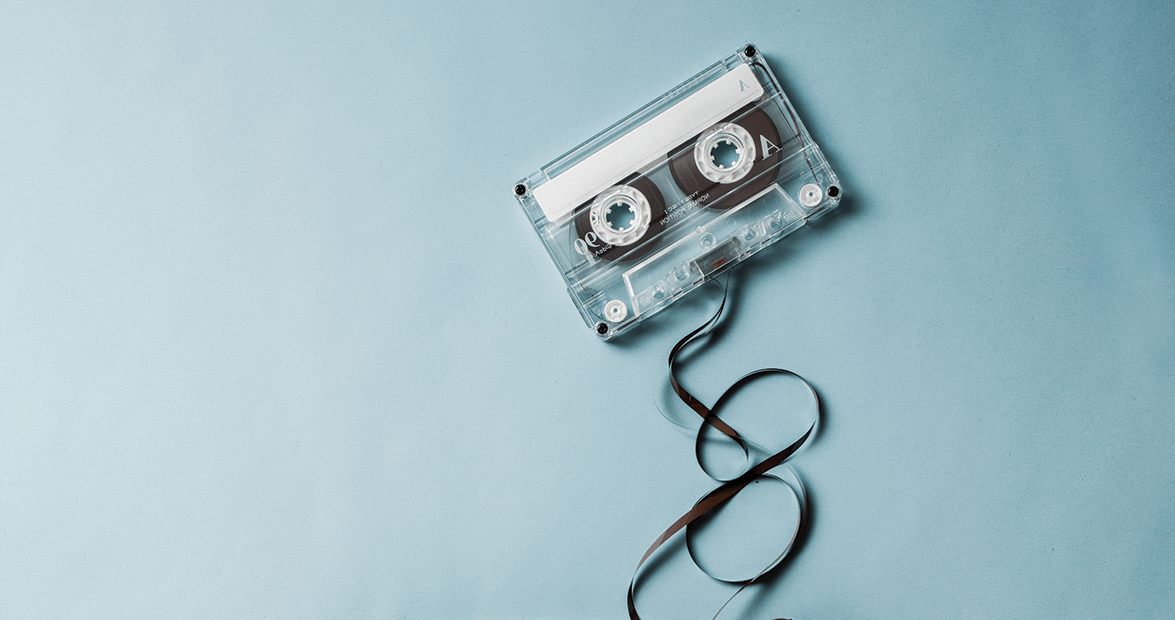 It was a stereo, not a radio, even though the box said it came from Radio Shack. And it was a birthday present, maybe even the best one I ever got, the one that crossed me over from the era of the 1970s into the 1980s, formative years, when I traded glasses for contact lenses and slathered Noxzema on my face at night.

My new stereo was sleek and modern and beautiful. Silver and chrome, the front of it flush with not one, but two cassette tape decks, in case I wanted to dub something, whatever that meant.

Wires ran out the back of the stereo and connected two three-foot-tall speakers, each one encased in a brown walnut veneer. Those speakers took up as much floor space as a small sofa, and I had to rearrange the furniture in my bedroom to make everything fit.

The stereo marked my move away from the scratchy records that I spent my childhood playing on a portable Panasonic turntable. When I got the new system set up, I shoved the old record player, with its flimsy plastic dustcover, to the back of my bedroom closet, along with an aging stack of albums, including John Denver’s Back Home Again, from which I had played “Annie’s Song” over and over, and Glen Campbell’s Rhinestone Cowboy.

My new stereo called for a different kind of music, something that sounded the way the thing looked: sleek and modern and silver and chrome.

I looked for new music, and I found it — on Casey Kasem’s “American Top 40” countdown on Friday nights; in the bins at Disc Jockey, a record store in the mall; in the back pages of my grandmother’s Good Housekeeping magazines, advertisements for cassettes sent straight to your house from the Columbia Record Club. I taped a penny to the postcard and sent off for 12 cassettes.

And every night, I sequestered myself in my room — an act of freedom rather than punishment — and spent hours plopped in a beanbag chair, listening to music, my music, new music, rewinding cassette tapes, writing down lyrics in a spiral-bound notebook so I could memorize them. The Human League and Soft Cell and Queen and Dexys Midnight Runners and New Order, mostly electronic, synthesized sounds that were a sharp contrast from The Everly Brothers that played on my dad’s small radio in the garage, the one with the antenna that flopped if it wasn’t leaning against the radio’s handle, and from the Conway Twitty and Crystal Gayle songs my mother hummed when she folded laundry.

At school, in the lunchroom, on the school bus, everyone I knew talked about music. Boys carved band logos into the backs of the chairs in front of them; we all wore T-shirts advertising a place called the Hard Rock Cafe that was in cities none of us had ever been to. We made mixtapes, spending hours arranging the order of songs — this was why my stereo had dual cassettes! — for each other. I didn’t know it then, but we were creating a common soundtrack of belonging, and though our English teachers encouraged us to follow the beat of a different drummer, I have to wonder: Were we doing that at all? Did we even want to?

Music gave us identity. What we listened to told us who we were. And we needed that.

Over the years, my taste moved from New Wave to pop to grunge to bluegrass to blues and jazz and classical. I like it all, and I suppose that’s the point of music, too, right? To build on what came before. And then to expand, to reach, to stretch. To seek out those sweet, new sounds, the ones that fill our ears and our hearts and our horizons, the songs that give meaning to who we’ll become next.