Awhile back, I was at the Cradle of Forestry in Pisgah National Forest, and the guy showing me around said something to the effect of, “Oh, and that’s our moon tree.”

“What?! A moon tree?!” I said, wheeling around like a needle coming off a record. But yes, it’s true! There is an honest-to-goodness moon tree growing in the mountains of North Carolina. Actually, there are two in this state, both sycamores; the other is at The Botanical Gardens at Asheville. 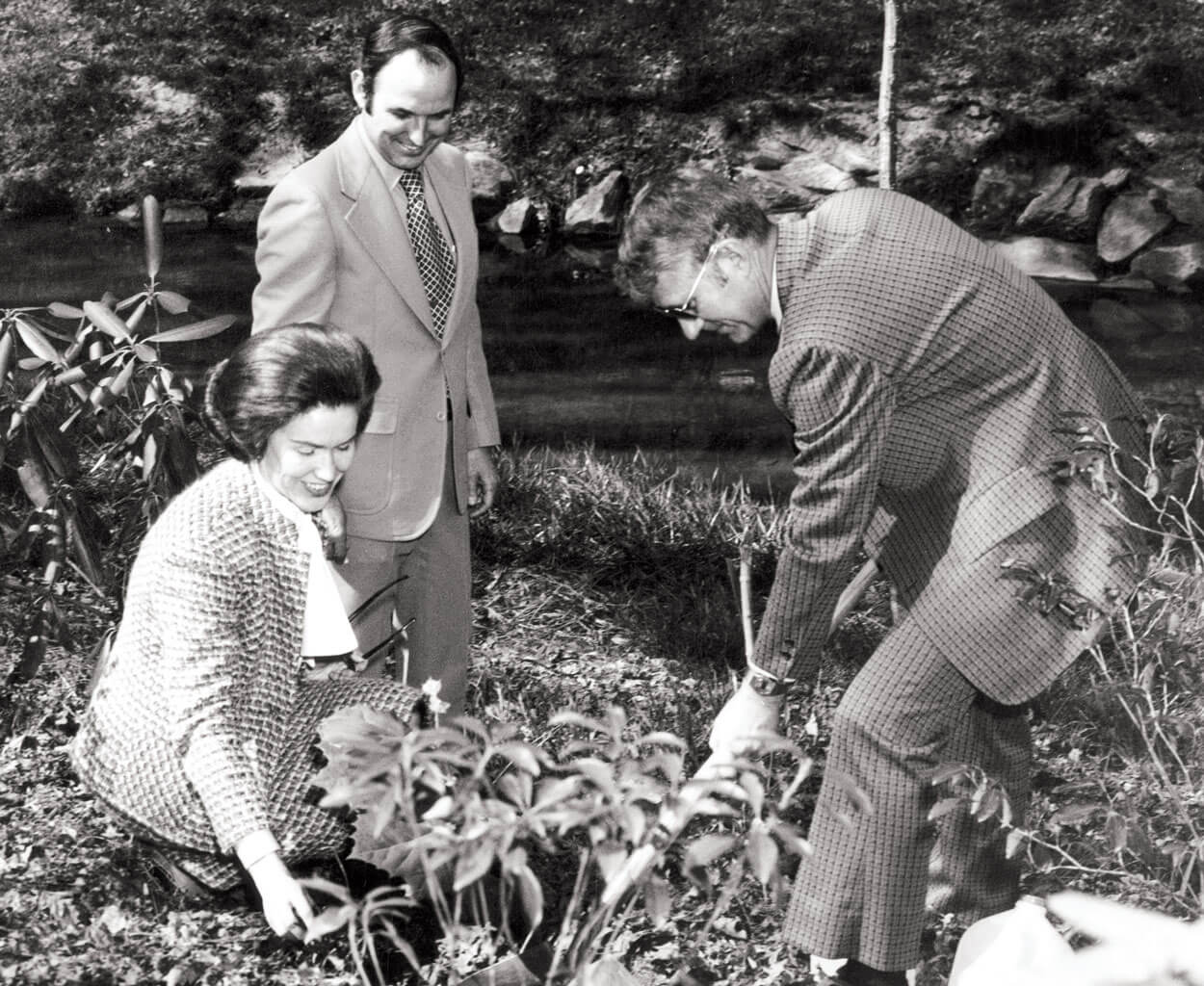 After orbiting the moon on Apollo 14, a sycamore was planted during a ceremony at the Asheville Botanical Gardens, attended by NC First Lady Pat Holshouser. photograph by the botanical gardens at asheville

Back in 1971, astronaut and former U.S. Forest Service smoke jumper Stuart Roosa carried more than 400 seeds into space with him on Apollo 14. (Fun fact: The command module was named Kitty Hawk.) Those seeds stayed with Roosa as he orbited the moon, and when he got back, he gave them to the U.S. Forest Service, which germinated them. Nearly all of them sprouted. Most were planted across the country to commemorate the 1976 Bicentennial. Others were given away as gifts to heads of state. One, a loblolly pine, grew on the White House grounds.

And what do these moon trees look like? They look like … regular trees. Those sycamores, sweet gums, Douglas firs, and loblolly pines were never studied by scientists, but decades later, they’re practically indistinguishable from the other trees around them. Microgravity? Psh. Ain’t nothin’ a seed can’t handle.

That didn’t stop me from staring at that moon tree, trying to find the difference between it and any other sycamore in the forest. I couldn’t, and neither can you. But still, it’s possible to touch a real live souvenir of the space program and realize that some things, truly, are much more than they appear to be.