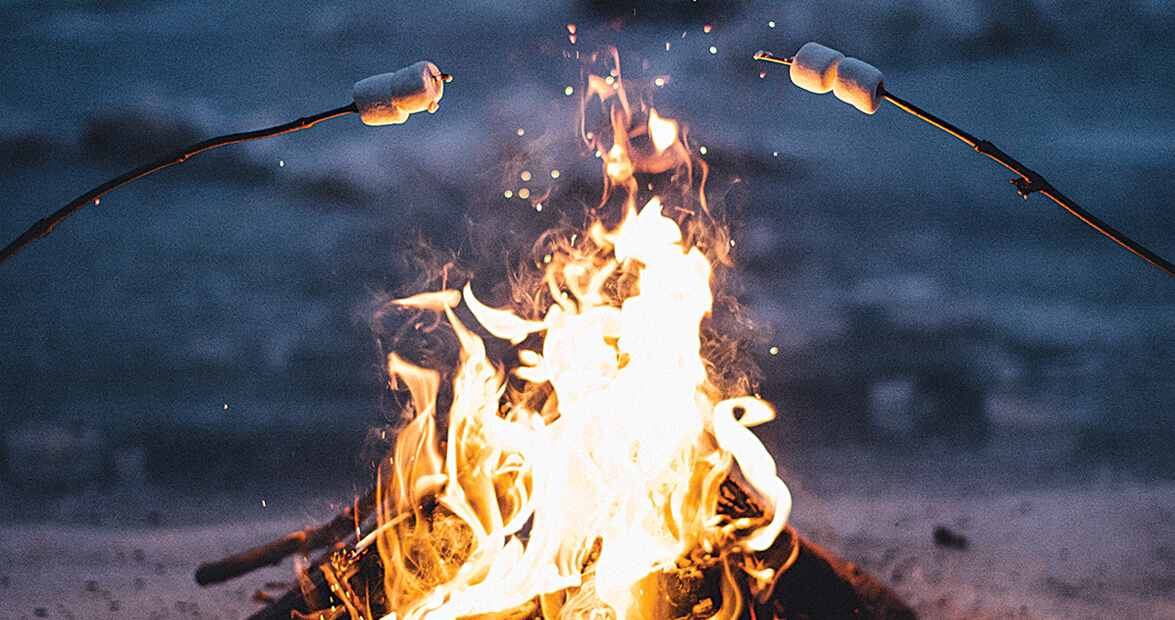 The key to joyful outdoor cooking is to truly want to cook outdoors in the first place. I’ve seen outdoor kitchens so elaborate and lavish that it might have been easier and less costly for the cooks to have installed retractable sunroofs over their homes, like a stadium that peels back its dome for the big game. I suspect that, deep down, those folks regard leaving the comfort and convenience of their kitchens to cook out among the elements with the same incredulity with which some people view skydiving: Why would anyone jump out of a perfectly good airplane?

But that’s the point. The essence of outdoor cooking is that it can’t be precisely replicated in a kitchen, and vice versa. We need a little smoke not only in our food, but also in our eyes. Cooking over a fire and under the sky lets us throw sparks, stack wood, coax coals, nudge embers, and watch smoke signals rise heavenward. Whether in a fire pit or on an honest-to-goodness grill, it lets us stare at flames with wonderment and awe, as though we were the very ones who invented fire. It doesn’t count as outdoor cooking if fresh batteries or a drop cord is required.

• • •
I am a dreamy-eyed campfire girl when I describe my crush on outdoor cooking, even though I’m more likely to cook in my backyard than in the backwoods, and for pleasure, not necessity. I crave a well-tended fire, from camp- to bon-. I poke and prod the firewood and stir the embers as though I were a blacksmith forging the gates to heaven.

I contend that there’s no better hot dog than one roasted over glowing coals. My uncle perfected this during camping trips along the Blue Ridge Parkway. He pushes the hot dog lengthwise onto the stick, draws his pocketknife out of his pocket, wipes the blade on his britches leg, and slowly twirls the stick as he scores the skin of each hot dog in a crisscrossing spiral with the precision of a ballerina-cum-surgeon. As those hot dogs cook, the diamond-shaped cuts open a tad so that the juices sizzle and the edges rise up to a crisp and blacken, like the quills on a porcupine’s back. We eat the first round of these irresistible porcupine dogs straight off the sticks, no buns needed.

Even among the laity, the Holy Grail of outdoor stick-skewered food is a perfect s’more. Perfectionists hold their sticks just close enough to the flame to achieve a golden toast on the marshmallows. The rest of us get carried away and ignite them, blow them out, and smear that charred blob of sugar onto our graham crackers.

I hope everyone will get at least one chance to venture outdoors, gather some sticks, poke around in a fire, and give outdoor cooking a go. But keep in mind, as Will Rogers advised, “The best way to make a fire with two sticks is to make sure one of them is a match.”