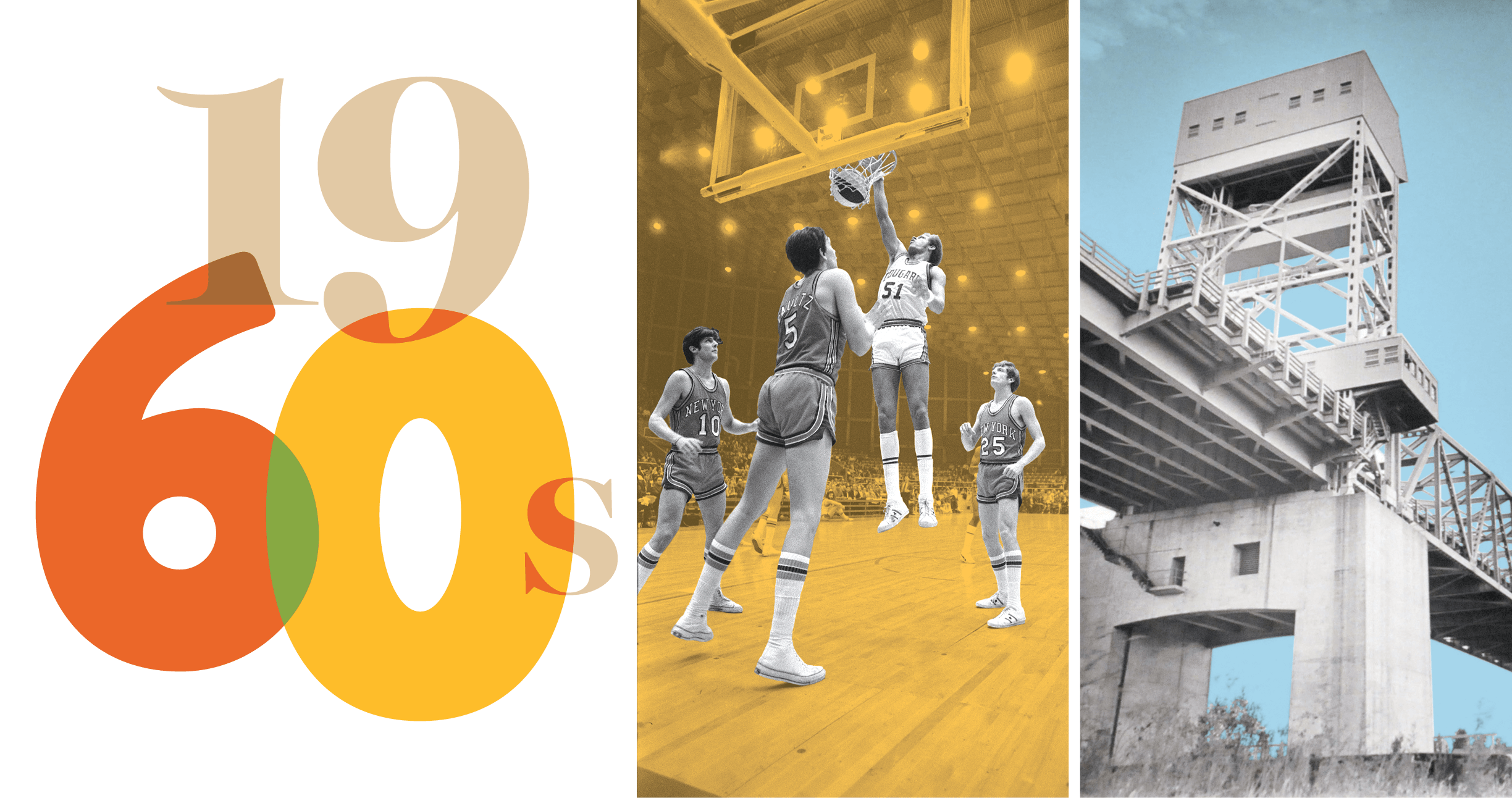 The story is a publicity agent’s dream come true: 43 pages of admiring prose, lushly illustrated with full-color maps and photos in one of the most popular periodicals in the country, National Geographic. It appears in February 1962 under the byline of Malcolm Ross, featuring images by B. Anthony Stewart, the magazine’s chief photographer: “North Carolina, Dixie Dynamo.”

“Because we love to see the change of seasons,” Ross writes, “my family and I seven years ago began coming north from Florida each spring to a cabin in the Blue Ridge of North Carolina.” He describes the topography of the “500-mile-long slice of America sweeping west from the long, lonely beaches of Hatteras, ever upward to the mile-high crests of the Blue Ridge and the Great Smokies.”

Then he arrives at the thesis that will drive the next 42 pages: “Most important is today’s ‘human geography’ — the people whose composite energies make this a forward-looking, eagerly progressive state.”

The story offers welcome national recognition for the efforts of so many who have been laboring since World War II to fulfill the state’s promise in education, business, agriculture, transportation, tourism, science, conservation, quality of life, the arts, and civil rights.

“Dixie Dynamo” sets the tone for the coming decade. 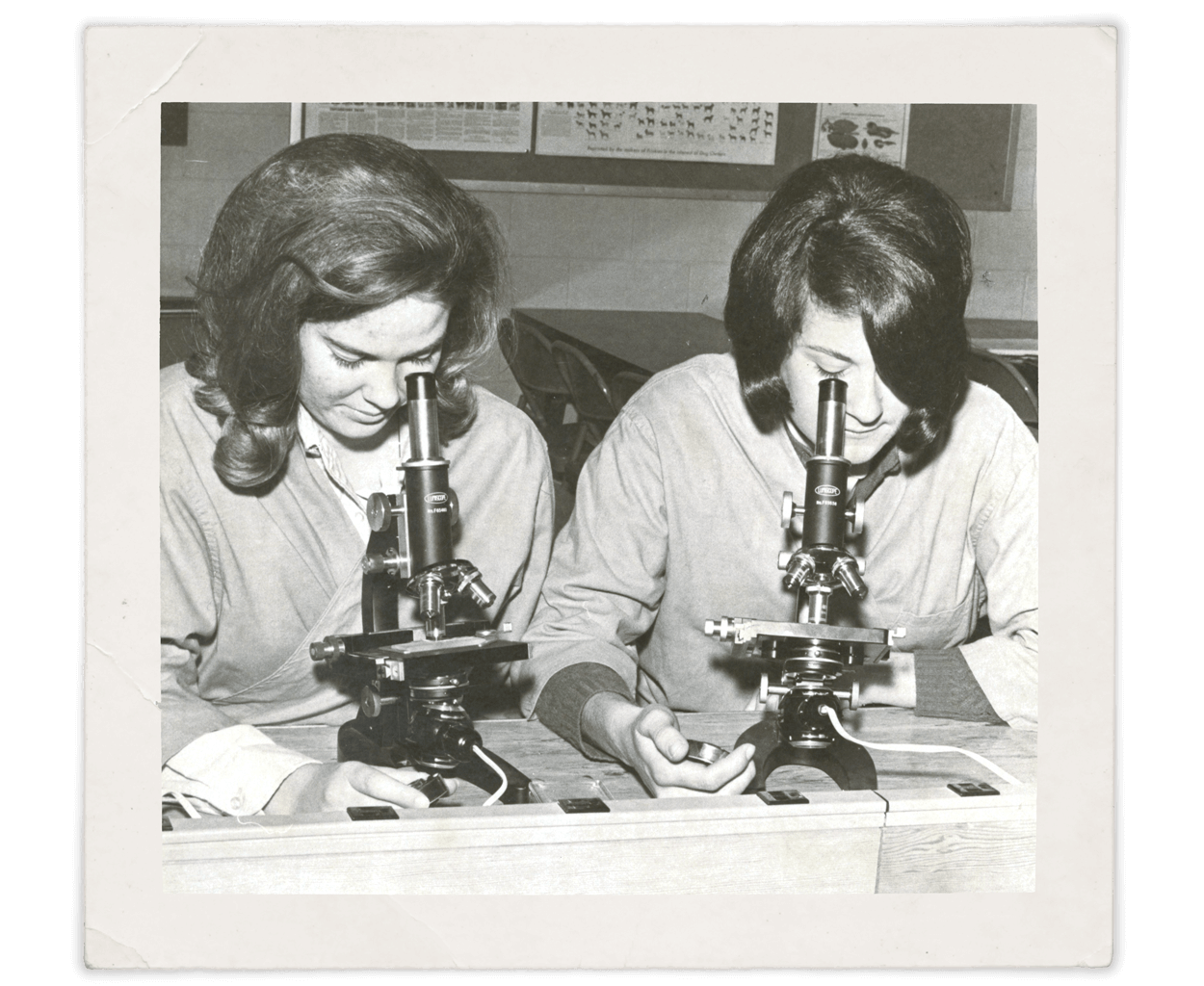 The National Geographic story comes two years after the new decade blows in with a massive snowfall in the western counties — lasting from mid-February through the first weeks of March 1960. In some places, temperatures hover below freezing for the duration, as 55-mile-per-hour winds pile up drifts as high as 20 feet in Ashe County. But seasoned residents take the blizzard in stride — they weathered storms nearly as bad in 1917, 1936, and 1942. Now, the NC National Guard, the American Red Cross, the U.S. Army, and even the Boy Scouts pitch in to help those in snowbound areas. Helicopters deliver food, fuel, and hay for animals. Bulldozers and other snow-clearing machines arrive from the coast. Some view the concerted statewide relief effort as an overreaction, but it is characteristic of a citizenry and a government inclined to act, not just observe.

But the dynamism doesn’t stop there. In education, sports, and civil rights, North Carolina is a state of creative ferment — struggling through controversy and the pall of the Cold War to excel in opportunity. The NC Arts Council is founded — led by Sam Ragan, a legendary journalist, editor, and renowned poet — with the goal of extending the reach of the arts into every corner of the state. And Doc Watson, a flat-picking guitar master from Deep Gap, becomes a star in the folk music revival that’s sweeping the country.

The people of North Carolina make it “a forward-looking, eagerly progressive state.”

As more and more people leave the farm for industrial work, it becomes clear that, while they may not need a four-year university degree, it takes more than a high school diploma to be competitive. A 1952 study authored by Dr. Allan S. Hurlburt for the State Board of Education recommends that the board establish community colleges, and in 1957 the legislature agrees to fund them. By 1961, five “junior colleges” specialize in arts and sciences, and seven industrial education centers focus mainly on technical and vocational training. To coordinate the efforts of a growing number of both types of schools, the legislature in 1963 establishes the Department of Community Colleges. By decade’s end, it oversees 54 institutions serving nearly 60,000 students.

New sports teams play for enthusiastic fans. In 1962, Kinston gets a minor league Pittsburgh Pirates affiliate, the Kinston Eagles. The state’s first professional basketball team, the Carolina Cougars, adopt a regional approach to creating a fan base: While most games are in Greensboro, they also play in Charlotte, Winston-Salem, and Raleigh.

Wake County Speedway — a clay oval day track — opens. NASCAR is coming into its own, with television coverage making it a national sport instead of just a Southern one. At the Charlotte Fairgrounds Speedway, 22-year-old Richard Petty of Level Cross finishes first in the 100-mile NASCAR Grand National event — his first big win, worth a purse of $800. Junior Johnson — a veteran moonshiner of “Thunder Road” in Wilkes County, now driving a ’59 Chevy Impala — outraces a 68-car field and wins the Daytona 500 and its purse of just under $20,000. 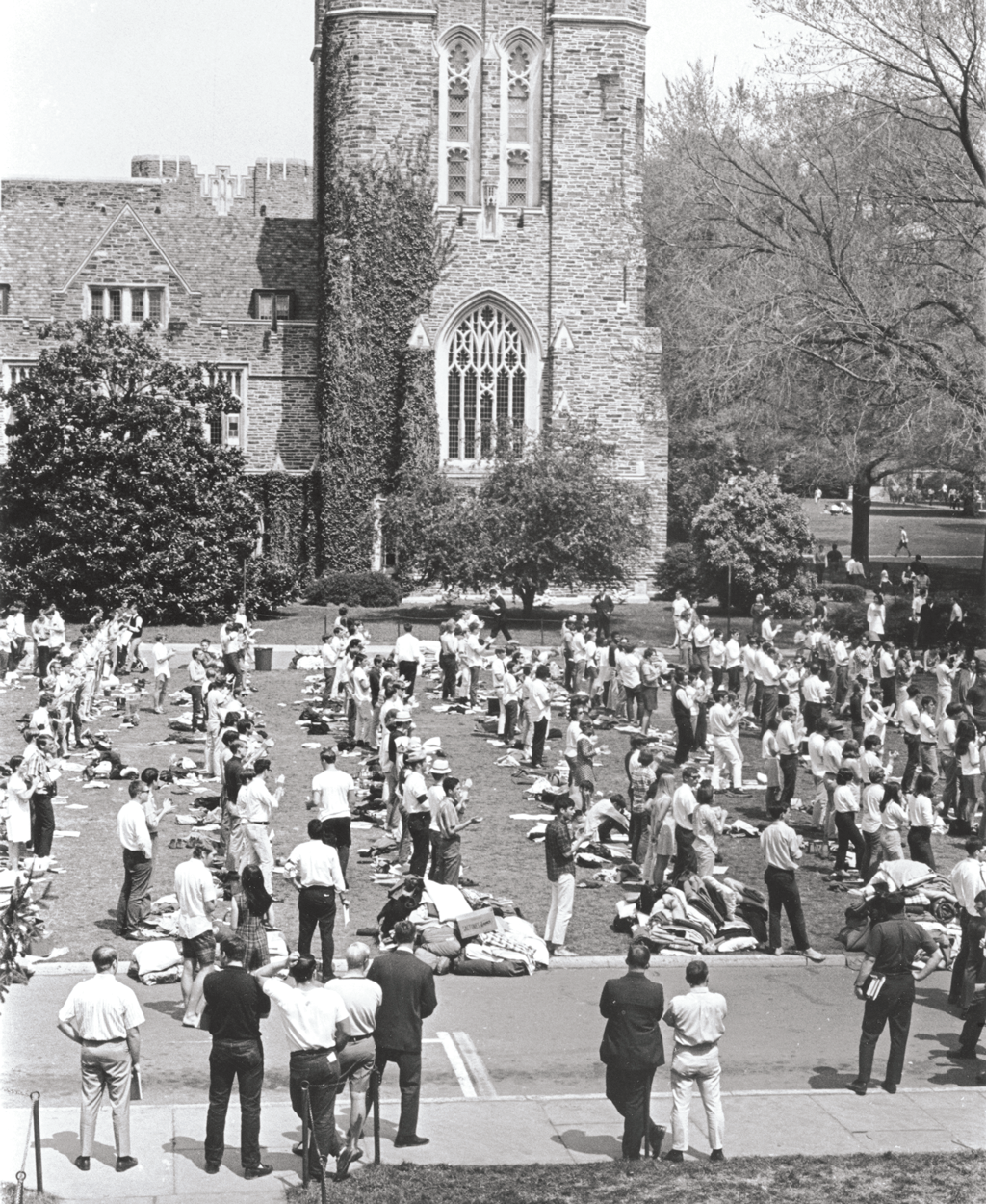 Meanwhile, the large military presence in the state, while less robust than during the war years, confronts a new kind of war: an atomic standoff with the Soviet Union. And it’s dangerous in new ways. On January 24, 1961, a Boeing B-52 Stratofortress heading to Seymour Johnson Air Force Base and carrying two Mark 39 thermonuclear bombs breaks up in midair and crashes, unleashing its nuclear warheads near Goldsboro. One deploys its parachute and is recovered, undetonated. The other smashes a deep hole in the earth. The secondary core of the bomb is never recovered. Experts estimate that, if it detonated, either bomb would have had a lethal blast radius of eight miles and irradiated the Eastern Seaboard as far north as New York.

Progress often requires a struggle and carries its own hazards. The civil rights movement gains momentum on February 1, 1960: Four black freshmen from the Agricultural & Technical College of North Carolina conduct a courageous sit-in at the Greensboro Woolworth lunch counter. They are joined by a few others, then dozens, and, at last, hundreds — and they win their right to be served equally with white diners. The sit-in movement spreads across the state and throughout the South. Slowly but surely, desegregation efforts gain traction in North Carolina.

Nationally, the decade is beset by violence — notably, the assassination of President John F. Kennedy in November 1963 and his brother Robert F. Kennedy in June 1968. And on April 4, 1968, Dr. Martin Luther King Jr. is gunned down on the balcony of a Memphis motel. In response, students at Duke University stage a demonstration that becomes the “Silent Vigil,” which eventually swells to 2,000 participants.

All of this comes as the Ku Klux Klan is resurgent across the state, especially in the eastern counties — establishing more than 100 Klaverns by 1966. Many local leaders push back against the Klan, but it dies hard, and never completely.

In 1966, the federal government designates Cape Lookout National Seashore. The southernmost of the Outer Banks lighthouses, the Lookout tower got its distinctive black-and-white diamond pattern in 1873 — 14 years after it replaced the original 1812 lighthouse. Preserving the site for posterity means preserving the legacy of the lightkeepers and lifesaving crews who once labored there.

In Wilmington, the obsolete double-leaf drawbridge crossing the Cape Fear River, dating from the late 1920s, is replaced by a new bridge that delivers motorists to the south end of Third Street, the main thoroughfare to downtown. The bridge is of a striking vertical-lift design: To accommodate ships headed to docks at the north end of the city, the 408-foot-long center span can be raised 135 feet, remaining level. After two years of construction, Cape Fear Memorial Bridge opens to traffic in 1969, providing a picturesque, modern gateway to the city.

From the high vantage point of the bridge, travelers get a view of the newest addition to the western shoreline: the majestic USS North Carolina, the famed “Showboat” that served in every major campaign in the Pacific theater during World War II, from Guadalcanal to Tokyo Bay. The battleship is two city blocks long and as tall as a 13-story building. Now, it rests in a permanent berth at Eagles Island as a museum ship — a bridge between the hard-won struggles of the past and the hope of a more prosperous future.