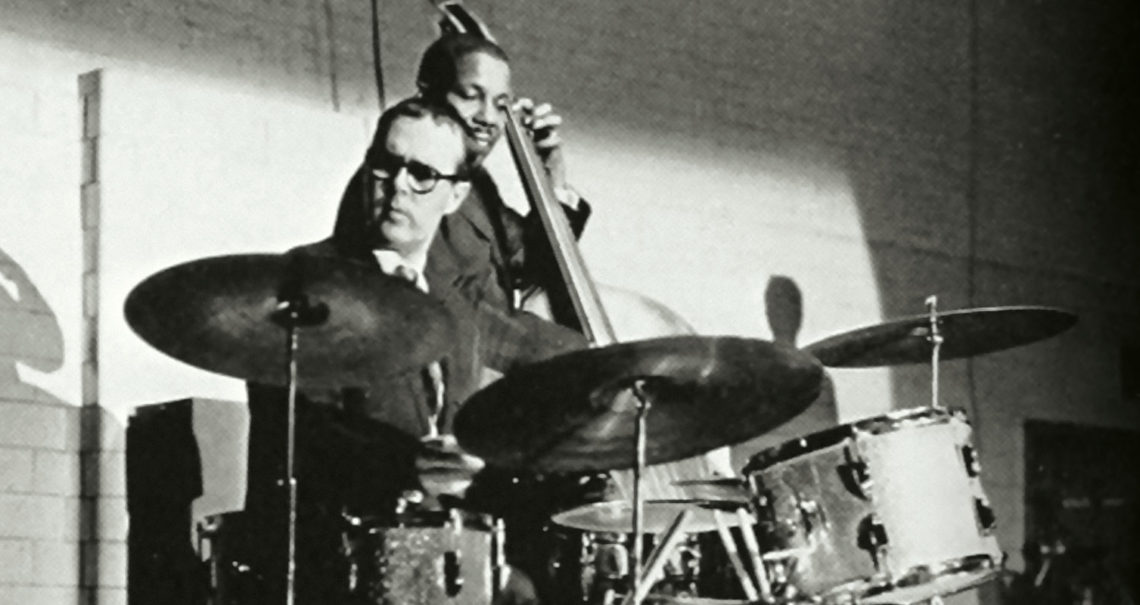 As the civil rights movement begins to crack the color line in the early 1960s, often through the intervention of federal courts, East Carolina College in Greenville (later East Carolina University) hits upon a novel solution: racial unity through music.

The stage is set — literally — on the evening of February 5, 1958, at East Carolina’s Wright Auditorium, by a concert that almost doesn’t happen. The Dave Brubeck Quartet, already a big act in the U.S. and on the brink of becoming international stars, takes the stage for a sound check. James Tucker, dean of student affairs, walks in and sees three white musicians — pianist Brubeck, saxophonist Paul Desmond, and drummer Joe Morello — and one Black one, Eugene Wright, a newcomer to the band. When the act was booked, it was an all-white combo.

Despite pleas from promoters, Brubeck insisted that Wright accompany the band on tour, using the same facilities as any white musician. “The people that seem to like to continue with racist ideas are just buying old myths without really investigating how important so many of the early players were, no matter what color they might have been,” Brubeck later tells interviewer Caroline Crawford.

The university has a strict policy, the dean informs Brubeck: No Black performers onstage.

Brubeck stands on a principle that will cost the quartet 23 canceled shows at other colleges: “If Eugene can’t play, we won’t play.”

The matter quickly escalates. Tucker reports the situation to President John D. Messick, who telephones Gov. Luther Hodges’s office for advice. He is told that ECC is contractually obligated to pay the musicians for their performance, whether they are allowed to play or not.

Brubeck later tells Crawford, “The students sensed what was going on and why the concert was delayed. They could see that the band bus was parked behind the auditorium and that we were there and were set up, yet we were not going on. So it just tore the place up. They had been stamping on the floor the whole time that the governor and the president of the school were talking. You could just hear the pounding of feet, demanding us.”

Messick goes to the auditorium to negotiate with Brubeck. “We don’t want another Little Rock,” he tells Brubeck, referring to the incident at Little Rock Central High School in Arkansas the previous September, in which the Arkansas National Guard blocked nine Black children attempting to go to class in the previously all-white school — until confronted by federal troops.

Messick backs off a little, tells Brubeck that the quartet can play their show as planned, under the condition that Wright stay in the background.

Brubeck tells the story of what happens next: “I told Eugene his mike was broken and he should use the announcement mike that was in front of the band for his solo, and I called the solo early in the concert, rather than its usual spot.

“When we hit the stand, man, we were smoking,” he says. “After that nonsense, for some reason we were really up. Well, the audience went crazy. We integrated the school that night.”

“The audience went crazy. We integrated the school that night.”

Pressured by a student petition, the Board of Trustees decides that in the future, Black entertainers may perform on campus, but only with the approval of the president.

When Dr. Leo W. Jenkins assumes the presidency in the spring of 1960, he is determined to shape events rather than simply watch them play out. The sentiment on campus is changing from generational acceptance of a whites-only enrollment to a more inclusive stance — reflected in the student newspaper, The East Carolinian, in January of the following year: “There is no longer any real question concerning school integration. Any questions … have already been answered by federal court orders and by successfully integrated schools. Those die-hard southerners who insist on participating in contemporary ‘Greek tragedy’ will be the ones to suffer most from this point on.”

The editors go on to “pledge the support of The East Carolinian (and hope the student body will follow) to meet and accept in a rational, civilized manner the wave which is sure to come.”

On April 29, 1961, the Intrafraternity Council presents the Count Basie Orchestra — not just for a concert as part of Greek Weekend, but also for a question-and-answer session after the performance. Many of the students, steeped in racial stereotypes of Black musicians as unschooled minstrel performers, discover them to be educated, erudite, and, as The East Carolinian reports, “possessed of immense personal charm.” Yet there are still offensive reminders that they are in the Jim Crow South. One band member casually indicates a restroom marked “White Only” and remarks, “I feel that a man is a man no matter what.”

One band member indicates a restroom marked “White Only” and remarks, “I feel that a man is a man no matter what.”

By popular demand, Count Basie is invited for a repeat performance in July. Students host the band members for a preshow prime rib dinner, then lead them in a procession to the venue. When the band takes the stage, the auditorium erupts in a spontaneous ovation.

It’s not all smooth sailing on the way to racial equality on campus, though. When rhythm and blues star Chuck Jackson fails to appear for his scheduled performance a few months after Count Basie’s triumphant reprise, unidentified persons lynch him in effigy.

In May 1961, President Jenkins presents to the Board of Trustees a plan to admit qualified Black students. “The consensus among board members with whom I have spoken,” he writes to a board member, “seems to be that the only thing we can do is admit them without a lot of fanfare, making the procedure as routine as possible and explain to the students that their cooperation will be needed.” The alternative, he warns, is to wait for a court order and endure the blast of negative press sure to follow.

He doesn’t win completely, but that summer, Black teachers enroll in a two-week graduate seminar on campus, while other Black students attend off-campus extension classes at Camp Lejeune. 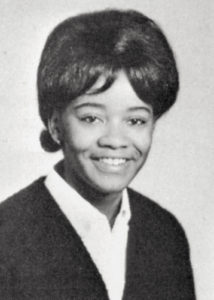 Surely but oh-so-slowly, things are changing. Jenkins works with Dr. Andrew A. Best, a well-regarded local physician and member of the Pitt County Interracial Committee, to integrate the campus. And the now deliberate parade of A-list Black performers marches on: folk singer Josh White; pop icon Johnny Nash; The Ramsey Lewis Trio; the Coasters; William Warfield, star of Porgy and Bess. The East Carolinian champions the cause of James Meredith attempting to enroll at the University of Mississippi and gives big play to the performances — an ongoing rebuke to ECC’s racially exclusive policy.

At last, in the fall of 1962, Laura Marie Leary of Vanceboro becomes the first Black student to enroll full-time at ECC. The following year, three others join her: Lillian T. Jones, Nellie R. Ross, and Bennie E. Teel, who will be named editor of The East Carolinian in 1966. In 1965, Hubert Everett Walters becomes the first Black student to graduate ECC with a master’s degree — fittingly, in music education.

In 1969, Black History Week is established on campus, celebrating Black history, culture, and music. The East Carolinian runs essays like Janice McNeil’s “God and Music,” in which she writes that music has been “the Black Man’s second heart.” That same year, students vote to ban the playing of “Dixie” — written for a New York minstrel show and later adopted as the unofficial anthem of the Confederacy — at campus events. Meanwhile, the concerts by world-class Black performers carry on, featuring Louis “Satchmo” Armstrong, Ray Charles, the 5th Dimension, and Dionne Warwick. Count Basie returns for a third dazzling performance, and the tradition continues into the 1970s with Duke Ellington and his orchestra, the Ike & Tina Turner Revue, Richie Havens, Stevie Wonder, and the Temptations.

Of all the luminaries who perform at ECC, no concert holds more resonance than the return of the Dave Brubeck Quartet in 1963 — now world-famous for their 1959 album Time Out. This time, President Jenkins personally recognizes the band members onstage. He presents Eugene Wright with a commemorative plaque, reaching out to clasp Wright’s hand in a firm handshake. 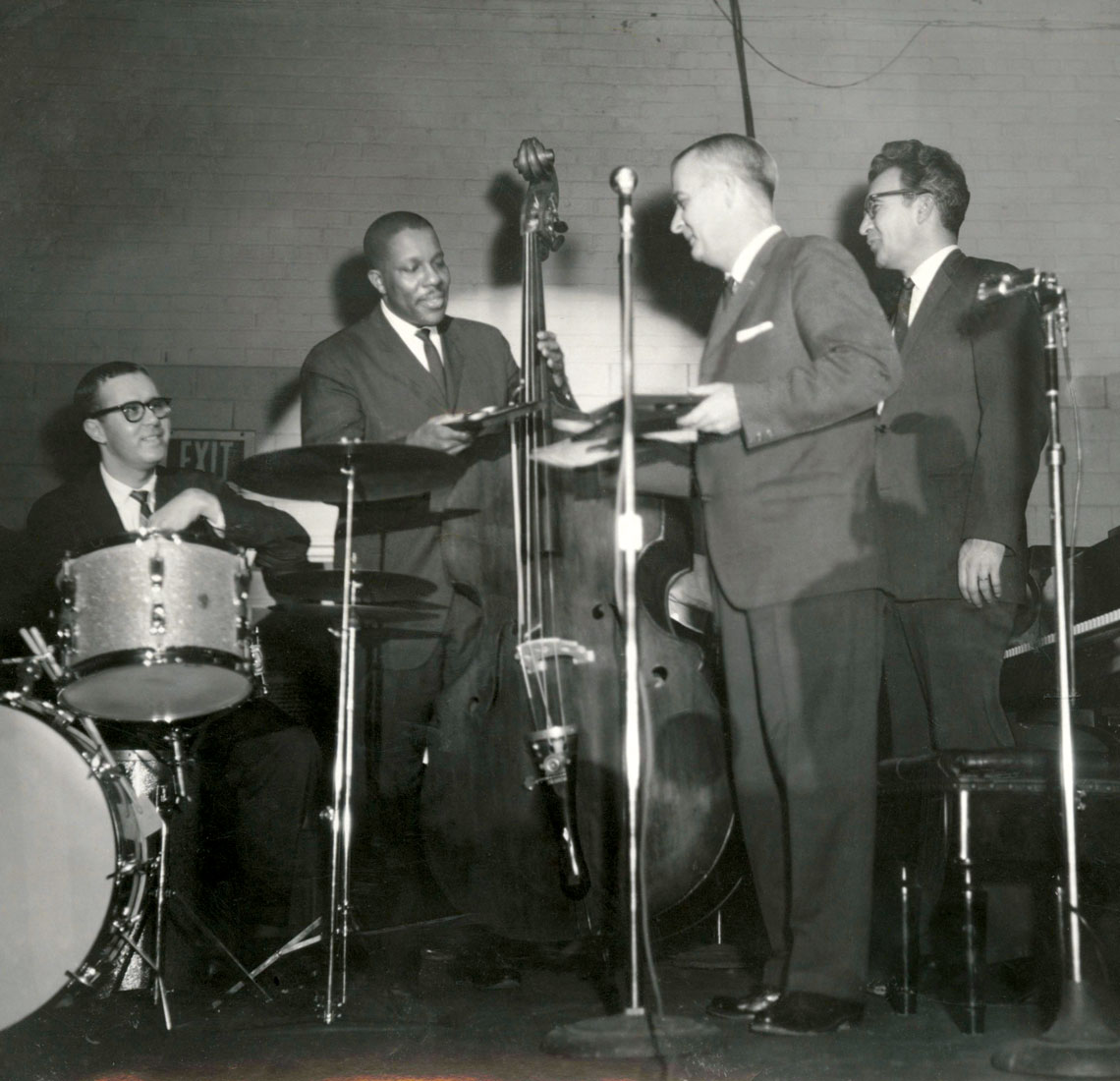