Many cities are known for signature landmarks. Others build a piece of their legacy on what wasn’t constructed — what was instead preserved and transformed. Such is the story of Asheville and the downtown mall that never was.

Asheville began in 1797 as an outpost at the edge of the wilderness. From this crossroads of rivers and Native American trails, pioneers traveled west into the Blue Ridge. A century later, served by a railroad, the settlement had matured into a city of some 10,000, not counting the summer residents who crowded in to escape the malarial heat to the east. 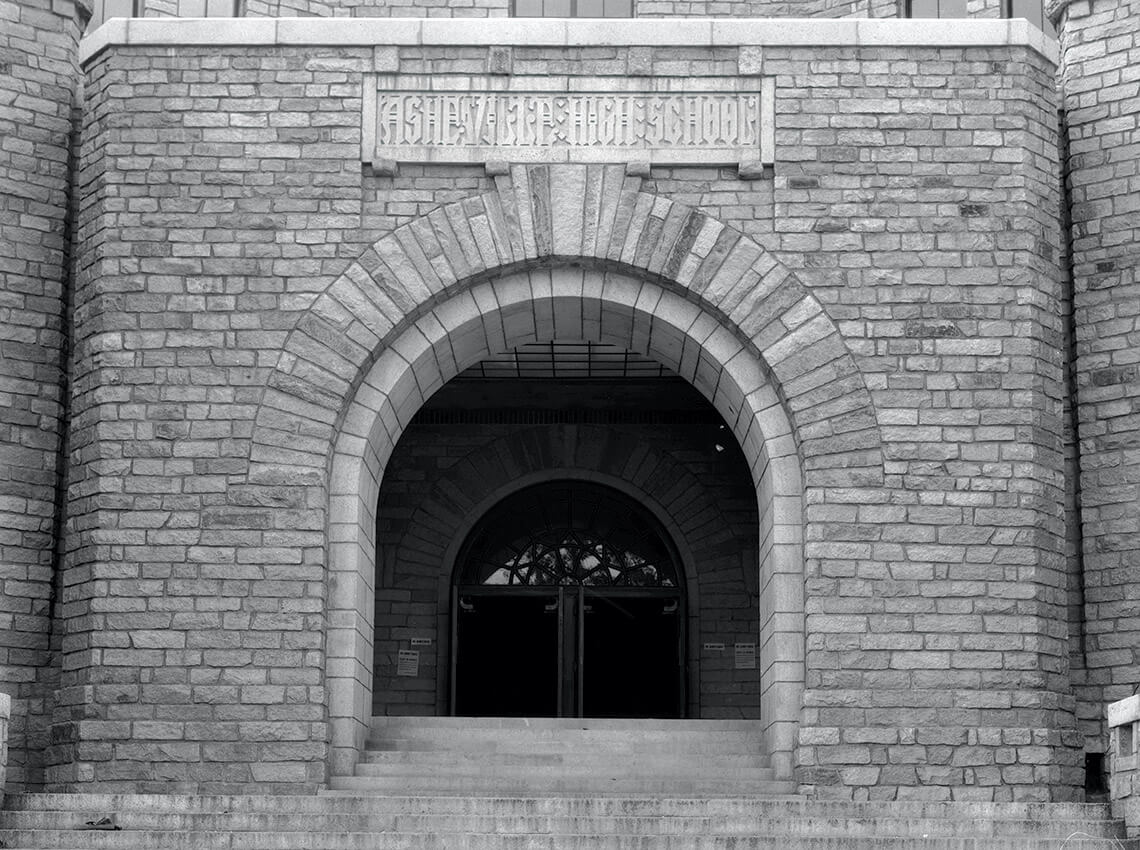 By the early 20th century, Asheville was well known for resorts such as the Grove Park Inn, a stunning granite monolith on Sunset Mountain. The building boom continued through the 1920s, led by prominent architects like Douglas Ellington, a North Carolina native who made his mark on the city with such magisterial projects as First Baptist Church and Asheville City Hall — combining Beaux-Arts and Art Deco styles — and Asheville High School, with its exterior walls of pink granite.

Meanwhile, scores of other commercial buildings were going up, along with houses and apartments, stretching the ability of the city’s infrastructure to serve them all. Asheville began borrowing so heavily that by the time the Great Depression set in, the city’s debt exceeded the combined total of that of Greensboro, Winston-Salem, Durham, and Raleigh. Thus, from the 1930s on, cash-strapped Asheville could make very little public investment in its downtown. 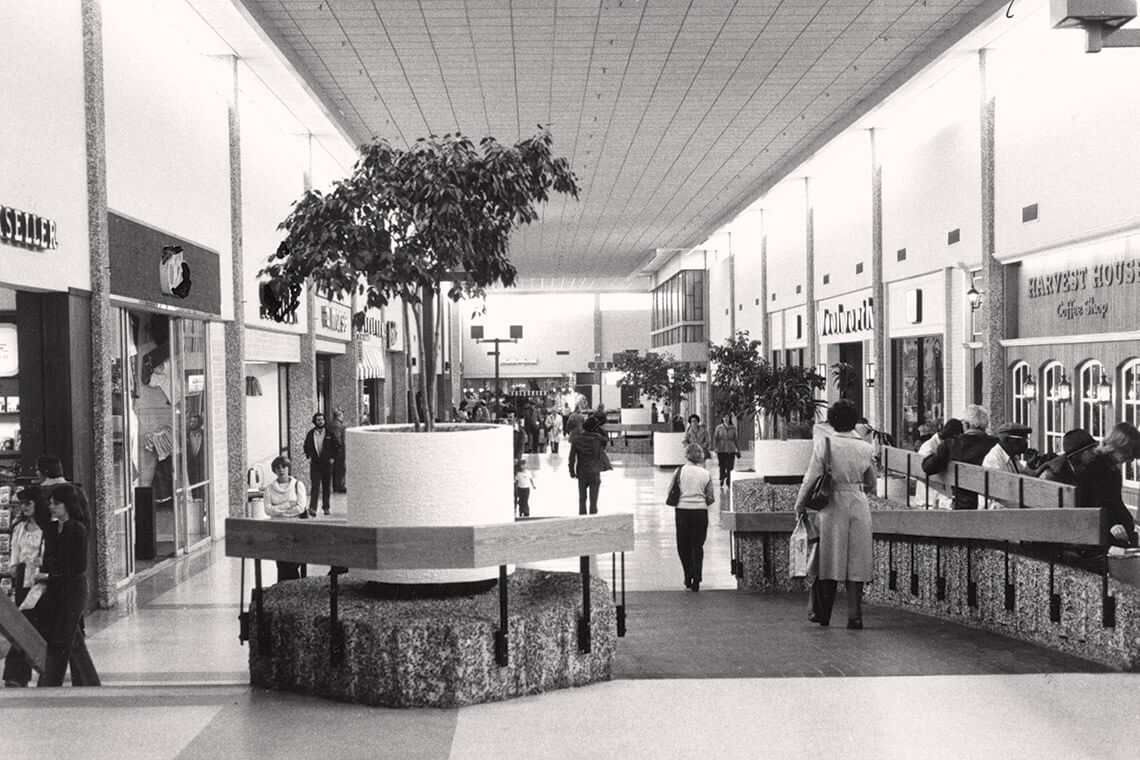 Nearly two and a half miles from downtown, the Asheville Mall represented a nationwide shift in shopping habits. After it opened in the 1970s, city leaders planned to build another mall downtown — which would have meant razing a significant area in the process. Photography courtesy of BUNCOMBE COUNTY SPECIAL COLLECTIONS, PACK MEMORIAL PUBLIC LIBRARY, ASHEVILLE, NORTH CAROLINA

It took nearly half a century to pay off that crippling debt. And by 1976, the downtown had suffered another economic blow: the Asheville Mall on Tunnel Road. One of about 800 such suburban malls in the country, it was part of a commercial real estate movement that drew shoppers away from downtown legacy stores. The core of old department stores shuttered. The municipal water system was failing, crime was on the rise, and fires became a continuing hazard.

The city proposed to bulldoze the existing structures and replace them with an indoor mall developed by Philadelphia real estate firm Strouse, Greenberg and Company. The 1974 Asheville Downtown Commercial Complex Redevelopment Plan justified the move: “Years of neglect, deterioration, and functional obsolescence of the buildings in the area have caused the area to become blighted … This plan is an effort to accomplish a turn-around in the status of the area.”

In 1980, building inspectors begin assessing 85 structures in the Lexington Park area — which some suspect is meant to provide a pretext for demolition. Unsurprisingly, not one of them meets the current building code. So city leaders determine to raze 11 blocks of downtown Asheville — nearly 23 acres — which will displace 125 commercial businesses, two nonprofits, and a workforce of nearly 500 people. The new mall will include almost 600,000 square feet of retail space in department stores, shops, and restaurants, plus a 300-room hotel.

But once again, the issue is money — $40 million in two municipal bonds, to start with: $22 million for parking and infrastructure and $18 million for redevelopment. And taxpayers will have to approve the general obligation bonds, for if the mall fails, the city must still pay back the full amount at 10.5 percent annual interest. 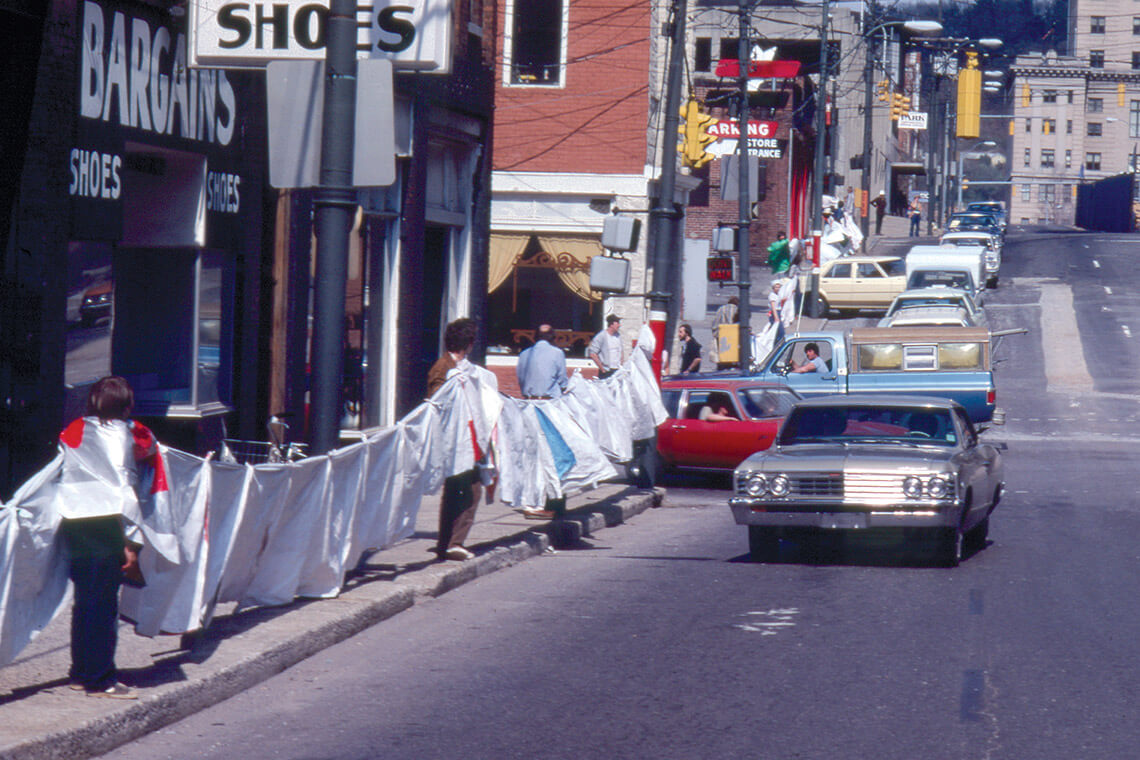 The scope of the project is hard to envision. To educate her fellow citizens, artist Peggy L. Gardner, a senior at UNC-Asheville, comes up with a plan inspired by Christo’s The Running Fence, an installation of white nylon sheeting along 24.5 miles of Freeway 101 north of San Francisco. On April 19, 1980, she supervises a crew of 135 volunteers to “wrap” the huge area of the proposed mall development in cloth sheets tied together during a marathon, all-night session. Fifteen runners move the sheets along the perimeter of the site. “This is not a protest,” she tells The Asheville Citizen, “but an educational event … to visually focus the public’s attention on the area to inform them of which buildings are under question.” 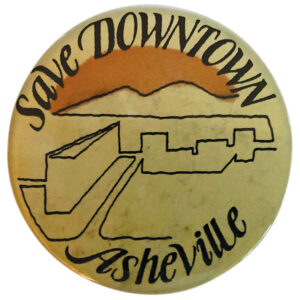 Many residents are appalled by the mall plan, including Kathryn Long, a business owner in the affected area. She and her brother-in-law, Wayne Caldwell, and others found an organization called Save Downtown Asheville, Inc. Long owns Ambiance Interiors, housed next door to Sluder Furniture Company, which her family has operated since 1964. She herself is no stranger to the sudden destruction of cherished property — her family’s home burned to the ground on Christmas Day 1953. “I remember being held by a fireman that day, and they salvaged a set of building blocks,” she says. “Those were the first toys I remember.”

As a little girl, she began designing homes on the back of church bulletins, and eventually earned a BFA in Interior Design and an MA in Art History. By instinct and training, she is passionate about preserving and revitalizing beautiful architecture. In 1980, she tells UNC-TV of the solid and spacious structure that houses Ambiance — brick-built, easy to heat and cool, with room to expand on the upper floors. 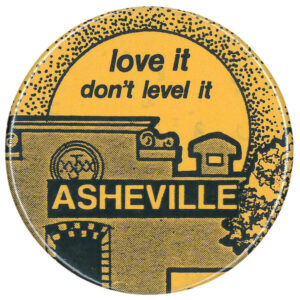 She debunks the notion that downtown Asheville businesses can’t thrive in their current location: “Ironically enough, Strouse, Greenberg and Company had a company in Washington, D.C., do a study about where they should locate their mall … And the study showed that the very best location for retail was downtown Asheville. What can I say but, well, I’ve known that for quite a while — that’s why my property is valuable, that’s why I want to stay here.” She cites the area’s designation on the National Register of Historic Places. “Thomas Wolfe sold papers in this building as a boy — it’s valuable in that way,” she says.

But most important is the flawed reasoning behind the mall plan. “We think that the Strouse, Greenberg plan is in direct opposition to the original revitalization plan, which is still the official plan of the city to revitalize downtown through restoration, not through destruction.” 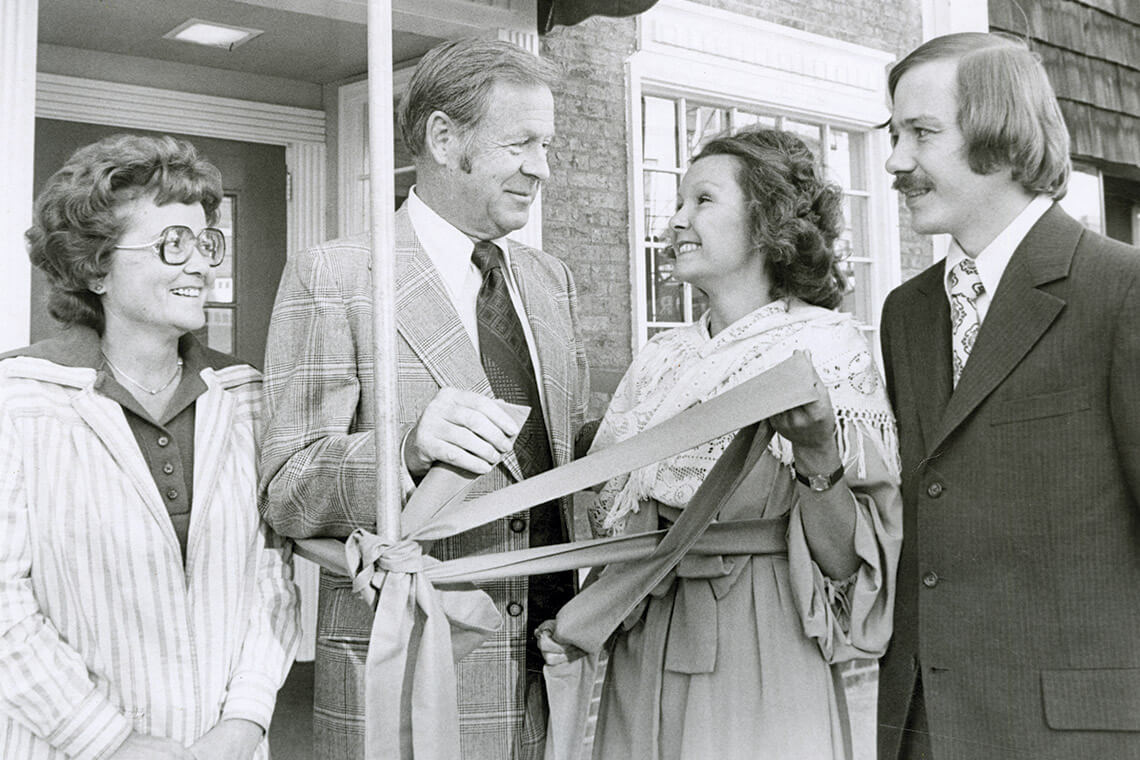 She takes the city planners to task: “There’s room for a lot of growth. It’s just that certain people don’t seem to know how to go about it, and therefore they will take whatever plan just falls into their lap and looks easy. Our way may be more difficult. It won’t take any longer, however, and it will be better in the end.”

Meanwhile, John Lantzius and his sister Dawn have been hard at work renovating buildings for new business tenants in advance of their proposed demolition. Roger McGuire, an advertising executive who retires to Asheville in 1980, campaigns for a performing and visual arts center, Pack Place. He and his wife, Pat, donate generously to the project.

The conflict comes to a head on October 23, 1981, when Save Downtown Asheville and city representatives address the issue in a televised debate at First Baptist Church, itself an architectural landmark. Voters subsequently reject the bonds — and the mall — by a margin of two to one.

Long’s vision proves prescient. Rather than one grand, destructive corporate stroke, Asheville chooses a different way. With the mall plan scrapped, government leaders step up. They build parking garages when many remain skeptical that the downtown will attract enough traffic. They approve liquor by the drink and sidewalk dining, luring visitors downtown. Soon, a critical mass of artists and other creative professionals choose to live and work in Asheville. 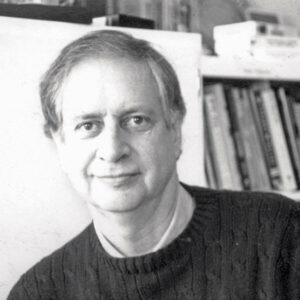 Philanthropist Julian Price, who moves to Asheville in 1989, invests millions in for-profit projects that also count as investments in the community, as well as a range of nonprofit and loan initiatives to support affordable housing, childcare, schools, and minority-owned and green businesses. He partners with Pat Whalen to form Public Interest Projects, a for-profit enterprise with a mission to create a vibrant, livable city through targeted investment.

“Julian was behind the scenes by choice, but he was involved in everything,” says Kim McGuire, the first program director of the Price-established Dogwood Fund, which awards grants to start-ups that add value to the community. “His legacy will live well beyond his years because of who he was and what he did with the resources he had.”

Long is right: It is hard work to fulfill a new vision of the downtown, and it happens individual by individual, business by business, one flower opening at a time, until Asheville becomes the city that Long, Caldwell, Price, and so many other forward-thinkers imagined.