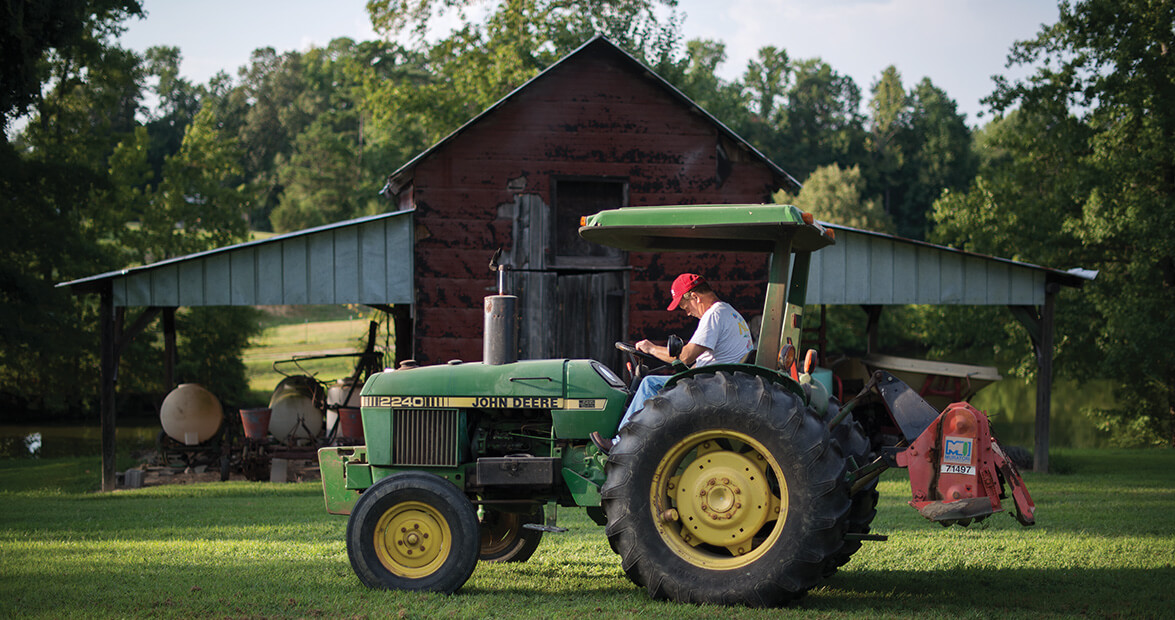 Farms provide us North Carolinians with a deep-rooted sense of identity. They cultivate our state’s image and give our landscape its texture.

North Carolina is a burst of tobacco brightness along that straight, flat highway to the beach. It’s a hilltop of Christmas trees along that curvy road to a mountainside cabin. It’s a cotton field turned to snow among the reds of October.

In a river-ribboned landscape between the warm Gulf Stream waters and the cool Blue Ridge, North Carolina was destined to become a farmer’s cornucopia.

Our agricultural legacy has its taproots — no surprise here — in tobacco, which Native Americans had been growing long before an Englishman named Raleigh set foot on our sand. Europeans craved the stuff, and it became a high-dollar export from the New World.

On through the 1700s, settlers drifted south from Virginia, seeking new land for planting not only tobacco, but a heap of other crops, many of them introduced by the American Indians: corn, beans, sweet potatoes, squash, pumpkins, peanuts.

North Carolina did develop a plantation culture (see Orton Plantation and Somerset Place), but it was less prominent than in South Carolina and Virginia. Most growers in antebellum North Carolina were small subsistence farmers raising crops to support their families, with little left over for selling and trading.

Small farming remained big in North Carolina into the Great Depression, when crop prices plunged, driving many a farm family into poverty. Most had no running water or electricity, and farm work was toilsome, relying largely on hand labor.

Small family farms still exist — and thrive — here, but tilling the land has grown more industrialized. We remain in first place when it comes to growing tobacco. Our farmers produced 453.9 million pounds in 2014 — more than twice as much as second-place Kentucky.

We’re also the nation’s sweet spot for sweet potatoes, producing more than the next three runners-up combined. And this being a Southern state, we do walk in high cotton: 465,000 acres were planted in 2014, ranking us fourth in the nation.

In the mountains, we pluck apples (ranking us seventh in the country), and in the Sandhills, we pick peaches. The chin-dripping sweetness around West End, Candor, and Rockingham rivals anything from that other peach-prolific Carolina. And the Yakima Valley of Washington has nothing on the red deliciousness around Fruitland, Dana, and Edneyville.

Fly over eastern North Carolina, and here’s what you’ll notice: strips of livestock houses like hash marks on the landscape. Our large-scale animal farms have catapulted us to second place for turkeys and hogs (there are more factory-farmed hogs in our state — 10.1 million — than there are people). And while they may not have the finest, um, bouquet, catching a whiff of one is to know you’re down home in North Carolina.

To fly over North Carolina is to see a tapestry of tilled land. To be in North Carolina is to be steeped in farm culture — urban sprawl and research parks notwithstanding. Just go to the State Farmers Market in Raleigh on a Saturday — the place is packed. The corn mazes this time of year are overrun with families from high-density neighborhoods. And organic food is increasingly in vogue.

Farms are essential North Carolina. They define who we are as a state, even if we’ve never so much as sat on a tractor or shucked an ear of corn.