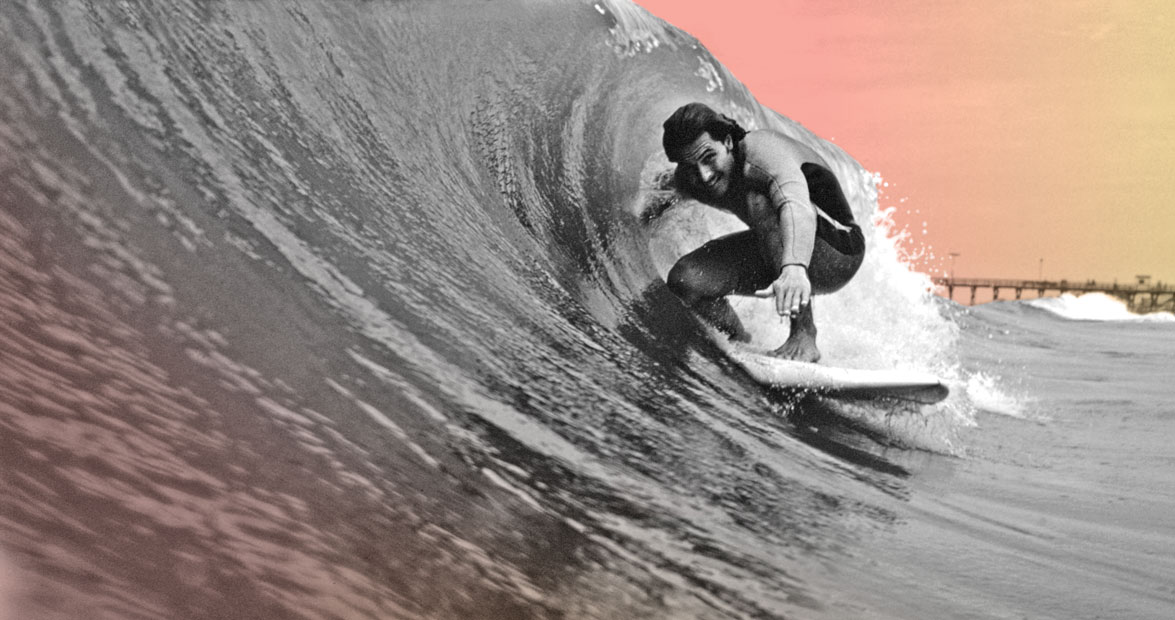 A Honolulu newspaper publishes a letter from “Carolina Man” Burke Haywood Bridgers asking about surfing in Hawaii. Bridgers and his friends had tried to ride the waves in their native Wrightsville Beach the summer before, but their equipment wasn’t quite up to par. So, Burke wrote a letter to the newspaper in the hopes that Hawaiians would share some of their surfing secrets. Bridgers’s letter is considered the first written evidence of surfing in Wrightsville Beach.

At Roanoke Island’s celebration of Virginia Dare Day in August, Hawaiian surfer Willie Kaiama and his troupe of performers give surfing demonstrations for the locals, indicating a growing interest in surfing on the Outer Banks.

The town of Wrightsville Beach pays $10 for a Hawaiian surfboard for its lifeguards to use during ocean rescues.

Pioneering Outer Banks surfer Lt. Thomas Fearing of Manteo is killed when his Grumman Hellcat crashes in the South Pacific during World War II. Fearing had built a Hawaiian-style paddleboard for offshore fishing that could hold up to three people.

Hatteras Island teens Buddy Hooper and Johnny Conner make and sell their own surfboards from a trailer in Buxton next to the Conner family grocery store.

Wrightsville Beach institutes surfing zones in an attempt to regulate the increased activity along its shore. The same year, surfer Lank Lancaster opens East Coast Surfboards with Harold Petty in Carolina Beach, one of the first local surf shops to design, shape, and build its own boards rather than import them from California.

Surfer runs a photograph of Robert Parker, the magazine’s first recognition of a Wrightsville Beach surfer. Bruce Brown’s definitive surfing documentary The Endless Summer is shown in Wilmington theaters, inspiring North Carolina surfers to take up the hunt for the perfect wave — but maybe not year-round.

A hammerhead shark near the Emerald Isle Pier takes offense to Randy Hall surfing in its corner of the ocean, resulting in the first documented instance of a surfer being bitten by a shark in North Carolina waters.

Mickey McCarthy and Mike Hamil open New Sun Surf Shop across the street from Nags Head Pier, where McCarthy will handcraft boards and mentor young surfers for the next several decades.

The University of North Carolina Wilmington officially charters a club of student surfers, who continue to compete in East Coast surfing competitions today. Ten-year-old Kelly Slater, who would go on to win 11 world surfing titles, refers to the waves at Cape Hatteras as his “Pipeline,” after the famous, and at times deadly, Banzai Pipeline at Oahu.

Women of all ages take to the waves at Wrightsville Beach for the inaugural East Coast Wahine Championships in August, the first event run by and designed for female surfers on the East Coast.

One month after Hurricane Floyd makes landfall in Wilmington, health officials in the Cape Fear region give the all-clear for surfers to return to the waves. Up the coast, threats of erosion around the Cape Hatteras Lighthouse force its move inland from Old Lighthouse Beach.

When a chunk of Hatteras Island between the villages of Hatteras and Frisco is washed into the ocean during Hurricane Isabel, a new inlet — and a new surf break — forms. It’s only temporary, though: The Army Corps of Engineers has the breach filled within two months.

An NC Highway Historical Marker designating Wrightsville Beach as a “Pioneer of East Coast Surfing” is installed and dedicated at the intersection of Waynick Boulevard and Bridgers Street, honoring Bridgers and his fellow surfers for their role in helping establish a long-lasting surfing scene in North Carolina. And in Raleigh, Gov. Pat McCrory proclaims September “Surfing Month” in recognition of the “September rollers” that churn up the surf along our coast.

The Eastern Surfing Association will host the 51st annual Easterns Surfing Championships, gathering surfers from up and down the East Coast at Jennette’s Pier in Nags Head in September.