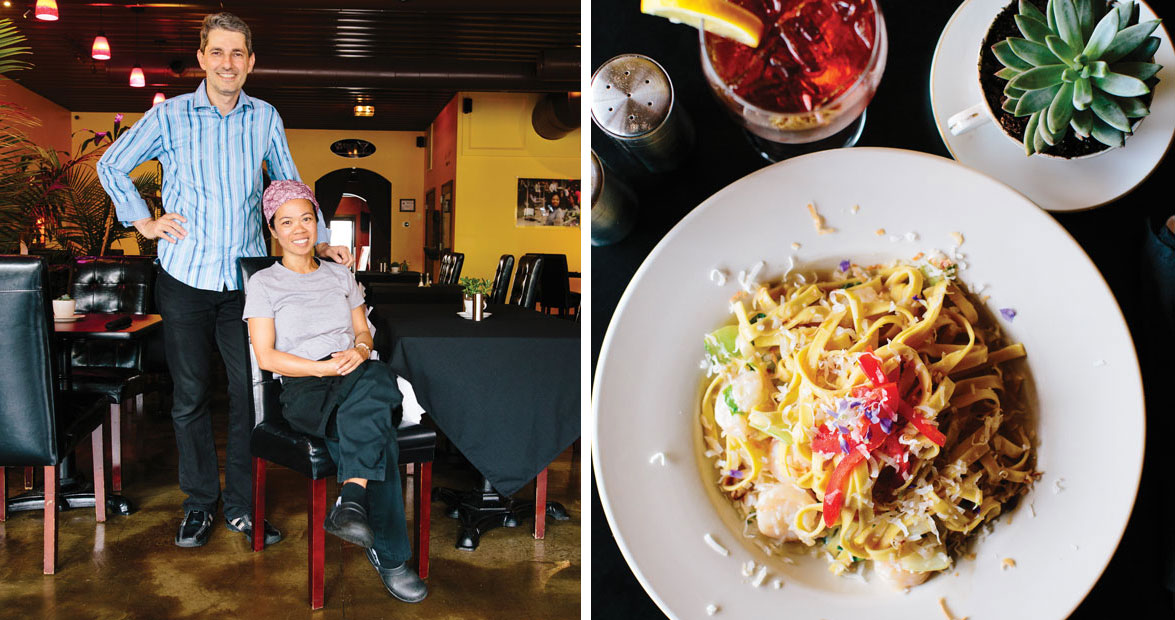 To understand how Sokun Slama ended up as the chef at a restaurant in Whiteville, you have to start with something that happened to her at age 7, some 9,000 miles away in her native Cambodia.

Her father, a schoolteacher, was captured by the Khmer Rouge, a brutal regime that, through genocide and other means, tried to return Cambodia to an agrarian society. Knowledge was the enemy. When they interrogated Sokun’s father about his role at the school, he lied: I’m not a teacher; I’m a cook.

Well then, his captors said, cook for us. He did, and from then on, the Khmer Rouge forced him to make their food. When the militia that was keeping him and his family traveled near the border with Thailand, Sokun’s family fled.

Now, in a brief moment of calm inside The Chef and the Frog, Sokun says she doesn’t remember any of this.

Sokun does remember getting to Paris in 1979, where she and other Cambodian refugees formed a close-knit community. France was a strange land, with a strange language and strange food. So every night, a different family would host the others for dinner. The first time it was Sokun’s family’s turn to cook, everyone decided that they should cook every night.

One evening, Sokun’s parents were busy, so 9-year-old Sokun had to whip up dinner for dozens of hungry people. When the first few plates came out, the diners laughed. What is this? they asked. Then they tried it. Sokun began cooking more and more. She never went to culinary school. Didn’t need to.

From there, Sokun kept moving. She met her husband, Guillaume, at a café. They got married and moved to Atlanta. When the companies they worked for went corporate, they turned to cooking as a career. In Washington, Georgia, they opened a bed and breakfast with a restaurant. Then they opened a bistro, and later took over another hotel’s restaurant.

They were working at the inn in Washington when a North Carolina businessman named Jesse Fisher walked in. He was so smitten by his meal that he ate there the next three nights. He told Sokun that she ought to come to Whiteville sometime. A little place like this would be great. Just the thing that downtown needed. He made a business offer. And kept calling for three weeks.

The Slamas decided to visit Whiteville. After three months, and three visits, they accepted Fisher’s offer to open a restaurant there.

Inside The Chef and the Frog, the division of labor is clear: Sokun cooks and manages the kitchen and inventory. Guillaume manages the front of the house — and talks. Sokun arrives at a table, egg rolls in tow. Guillaume wraps one in lettuce, with a mint leaf and ground peanuts inside. “Eat it before it gets cold,” he says in a light French accent. Same with the crab cakes. Sokun disappears into the kitchen and emerges with an inviting plate of Cambodian beef. She smiles as she describes her manner in the kitchen, her voice sweet but firm: “I’m mean.” 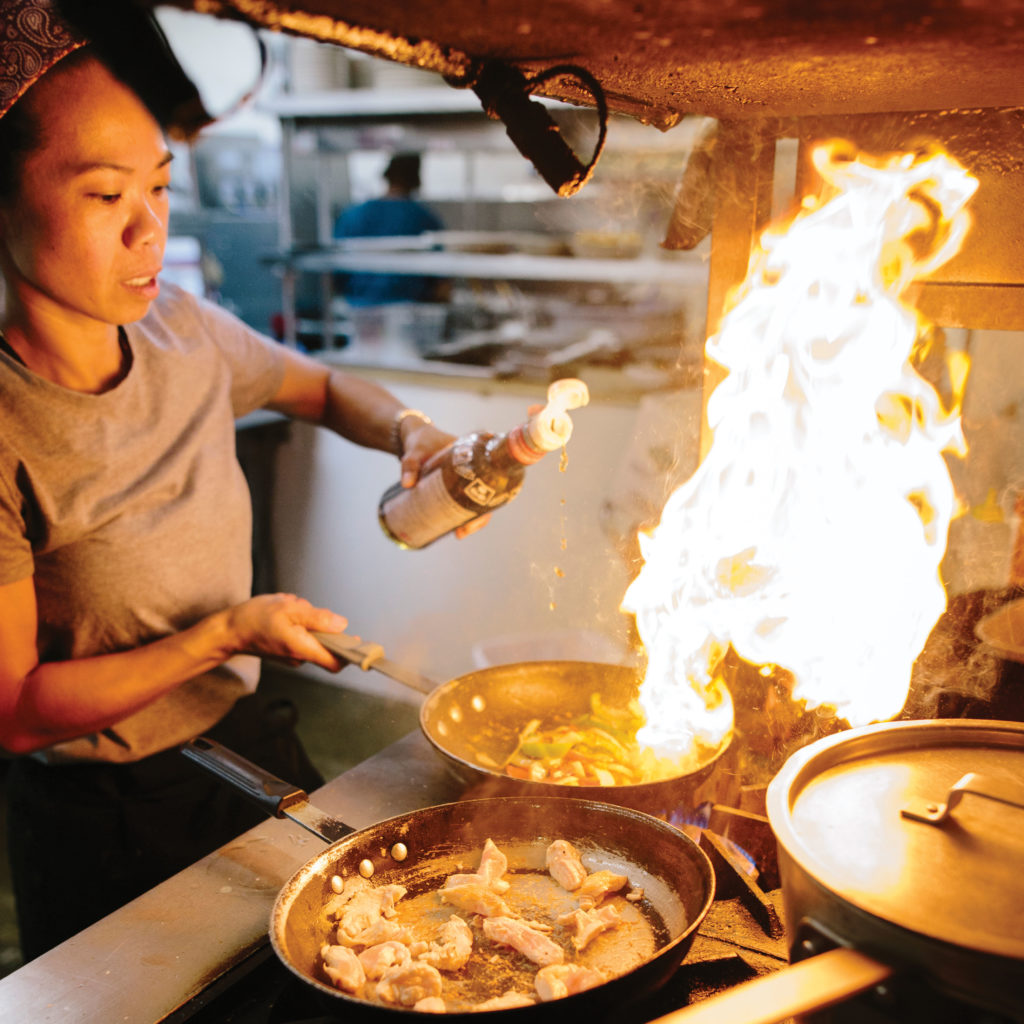 But her food, crafted with a perfectionist’s air, is delightful. And the restaurant has become a cornerstone, one that Whiteville hopes to build upon.

Success wasn’t guaranteed. The day they opened, the first customer in the door started looking over the lunch menu. Her eyes widened. “Where’s the owner?” she asked.

Guillaume came to the table, where the woman listed all of the reasons why a place like this just wouldn’t work in this town: Too expensive. No buffet. The food, a mix of French and Cambodian, was unfamiliar. Guillaume’s heart sank.

But a half-hour later, the place was packed. A line out the door. Every table full. “Where’s the owner?” a man asked. Guillaume came to the table. “Please,” the man told him, “don’t do buffet.”

After a few years, some local investors helped the Slamas expand. As Sokun puts up plates in the kitchen — citrus salmon, pork belly, crème brûlée — Guillaume recounts how close they came to losing everything before they moved to North Carolina. When the recession hit in 2008, tourism dried up. They had to give up their house. They thought about giving up the restaurant business.

Then Fisher walked in. Then they moved to Whiteville. Then they opened the restaurant they’d always wanted. Then they knew this was where they wanted to stay.

The plates start to go out front. Business will pick up soon. It always does.