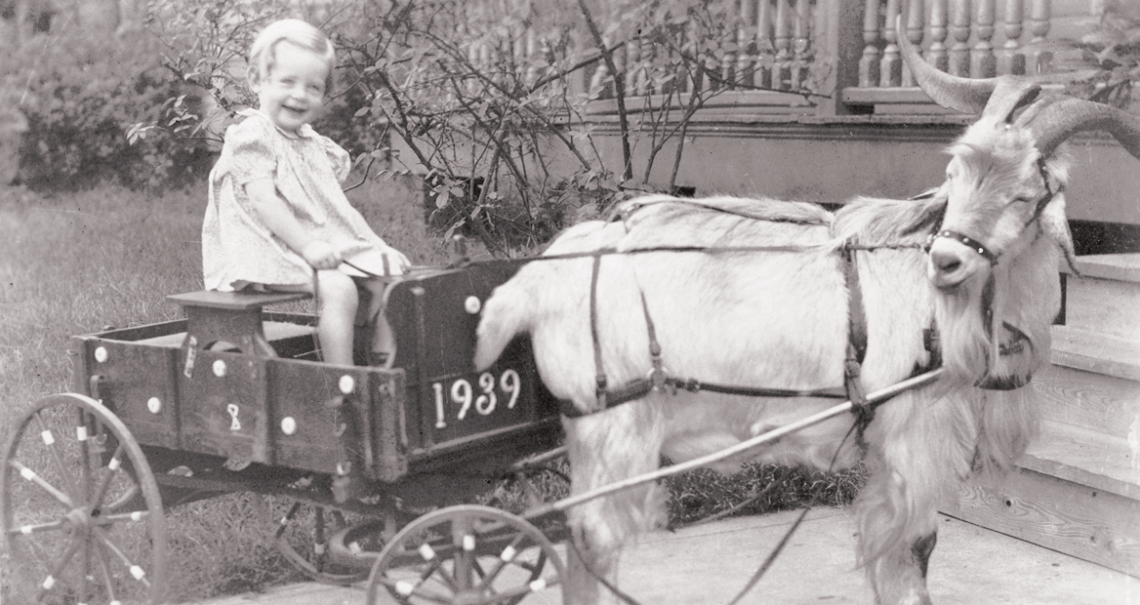 Goat carts. What’s not to love? Adorable kids! Tiny livestock! Bespoke transportation! Staff members at the State Archives of North Carolina kept coming across photographs of kids in goat carts, often enough to make them wonder: Did everyone have a goat cart in the 1930s?

Luckily, the archivists wrote a blog post about the carts, titled, “Did everyone have a goat cart in the 1930s?” In short, no. Goat carts were not some sort of Depression-era Ubers for children. They were only practical for one thing: cute kid pictures. Traveling photographers would take the carts and goats with them from town to town, plop kids down in the seat, and take their pictures. The cart was presumably both prop and ad, because children would inevitably spot one and attract a throng of other kids and their parents. Those carts often had the year displayed on the front, turning the resulting picture into an irresistible keepsake.

Goat carts went viral and, surprisingly, proved to be Depression-proof. Then, at the beginning of World War II, traveling photographers started to be less of a trend. After that, goat carts largely faded from the public consciousness, only to be rediscovered by the occasional surfer of archival photographs.

Even so, goats themselves are enjoying a renaissance. They’re now being incorporated into yoga classes (na-baa-ste, am I right?), kudzu clearing, and the acronym GOAT, which literally means “greatest of all time.” And yes, there are a few “how to train your goat to pull a cart” websites, just in case you want to fetch your tintype camera from the attic and make a couple of bucks.