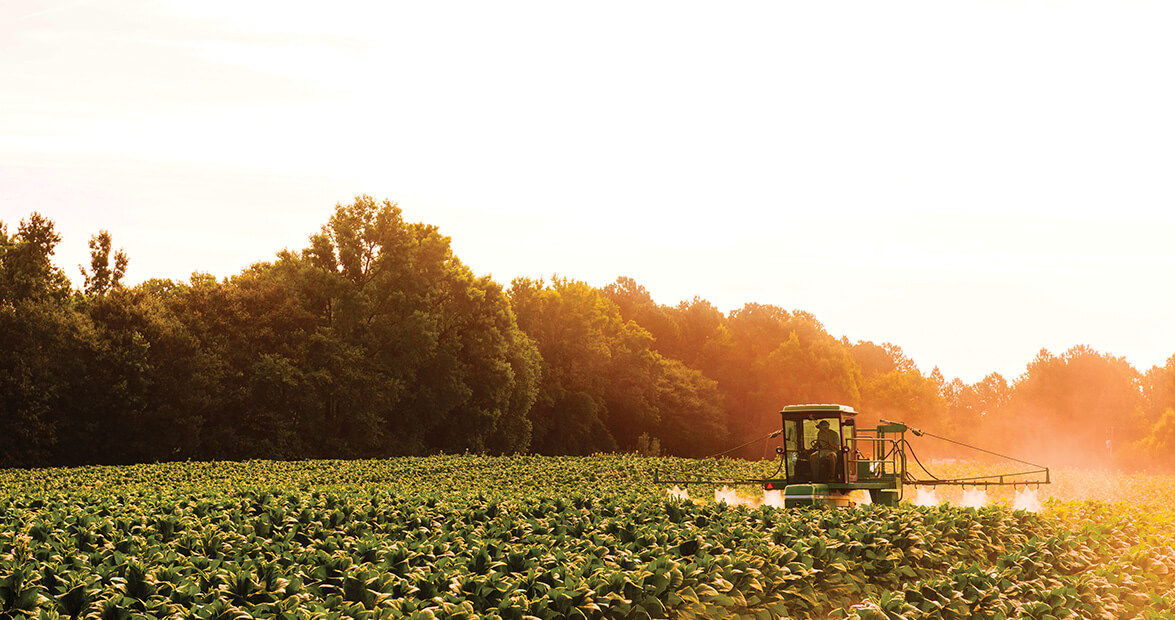 Editor’s note: This story originally appeared in the August 2014 issue of Our State.

On a gray Saturday in January 1964, the first of three snow-socked days in Washington, D.C., 10 men wearing dark suits and white name tags assembled for a press conference in a State Department auditorium. Surgeon General Luther Terry stood at the podium with an advisory committee of scientists behind him and a crush of reporters with cameras before him.

For the next two hours, Terry explained the findings of a 387-page report that struck like a thunderbolt to the Brightleaf bounty of summer: Cigarette smoking was definitively linked to lung cancer and heart disease.

In short, the study proclaimed, tobacco can kill.

The surgeon general chose Saturday to release the landmark study, in part to achieve maximum coverage in the Sunday papers, but also to avoid sending the stock market into a wheezing fit.

From The New York Times to the Winston-Salem Journal to the Smithfield Herald, the report created front-page, bold-type news. But no matter what the dark suits or headlines decreed, an 11-year-old boy near McGee’s Crossroads knew he had plenty more summers ahead of him, setting and topping and suckering and chopping tobacco, just as his great-granddaddy had done. That boy is 62 years old now, and a grandfather. His grown son, and his two small grandsons, work the farm with him. 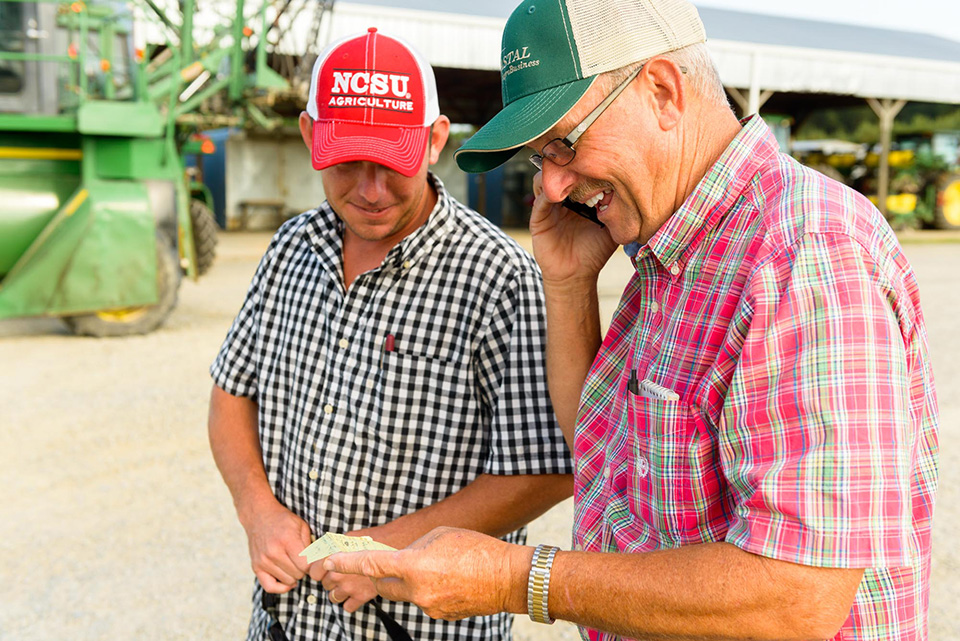 Andy Mack Penny and his 31-year-old son, Jared, raise 220 acres of tobacco in Johnston County. On a summer morning, they’re repairing a leak in a John Deere Hi Boy Sprayer, a towering tractor that applies herbicide to the crop. “I guess it’s a tradition,” Penny says of the ordered green lines, luminous in the sunlight. “It’s paid for our livelihood. It’s been the backbone of our operation.”

In his lifetime, Penny, who doesn’t use any tobacco product — “I just never cared for it” — has watched increasing numbers of Americans crush out their cigarettes. Blunt and graphic warning labels have appeared on cigarette packages, and glamorous ads have vanished from magazines and television. Regulations squeezed the tobacco industry as its public image sagged. Then, in 2004, the federal government ended the quota system, which had supported tobacco prices by controlling the supply. The move prompted some farmers to quit growing tobacco and try something new.

Nevertheless, tobacco remains among North Carolina’s biggest cash crops. The state is, by far, the nation’s top tobacco producer, harvesting 181,900 acres in 2013, according to the N.C. Department of Agriculture — nearly twice as much as second-place Kentucky. And tobacco’s legacy still pervades North Carolina like the leaf’s braided veins. There’s the American Tobacco Campus, the town of Tobaccoville, the Tobacco Farm Life Museum, and the Tobacco Road reference itself, applied to university sports rivalries, cafés, golf courses, and marathons. Two iconic brands of cigarettes — Winston and Salem — got their names from one of the state’s largest cities.

But no more than half a mile away from Penny’s farm, a man who stems from a long line of tobacco growers is raising his glass to a different shade of moneymaking green.

Across a dozen acres of gently sloping hillside, rows of grapevines cling to trellises like tousled locks. On an opposite hill, just beyond two ponds, the red-brown earth is corrugated with steeply pitched ridges of sweet potatoes. Lane Gregory, 57, is driving his Ford pickup down a pair of tire ruts that weave through this tapestry. “All this was tobacco fields,” he says.

Gregory and his wife, Teresa, own Gregory Vineyards in Angier, where they grow muscadine grapes to mash and ferment into sparkly blends of red and white, dry and sweet. Gregory is a wine connoisseur who speaks with farm-boy folksiness — “kind of” comes out as “kindly” — and still sometimes refers to N.C. State, where he earned a doctorate in vocational education, as “State College.”

For a long time, his family tended 50 acres of tobacco, but by the early ’90s, Gregory was ready to break new ground. “It was either expand in tobacco or look at other options,” he says. “And I looked at other options.”

He raised catfish. He opened a restaurant called Lane’s Seafood and Steakhouse. He converted tobacco fields into pastures and raised buffalo, goats, llamas, chickens, cows, and horses. In 2009, he sold the animals, closed the restaurant, and put the proceeds into winemaking, a flourishing enterprise in North Carolina. “Sometimes life brings you changes,” Gregory says. “You need to take a different direction.”

In the past decade or two, tobacco farmers across North Carolina have taken different directions. Land that for decades — centuries — brimmed with Brightleaf now yields sweet potatoes, pears, strawberries, and blueberries.

On a patch of rolling countryside smack in the middle of Triangle-area suburbia, orange traffic cones border a looping gravel driveway. Daily, they channel a river of young families in minivans who come to fill plastic baskets with blackberries and strawberries, depending on the season. The crowds have gone home now.  Pastures, tree trunks, and barns are gilded in the lingering summer sun.

Nearby, a row of Roanoke-brand tobacco barns — the metal, rectangular barns that resemble truck trailers — no longer house and heat fragrant green leaves; Danny Page utilizes them as storage sheds for his berry-raising business. Though these modern “bulk barns” aren’t as picturesque as the wooden, gabled tobacco barns of old, they’re nevertheless a vestige of that era when tobacco put food on the table, paid mortgages, and sent kids to college.

The 53-year-old Page, whose everyday attire includes a T-shirt and a cap advertising John Deere or a farm supply company, sees his barns and farm implements as family heirlooms. The sheds are slam-full of machinery and tools that till, grade, lift, dig, push, and pull. “We’ve still got the mule plows,” he says. “We hold on to that kind of stuff.”

And he has an old-style wooden barn with a furnace that cured tobacco for the last time in 1980. “It’s still standing out yonder,” he says. “That kind of means something to me ’cause Granddaddy built it.” He’s standing on the porch of the farmhouse where his 90-year-old father, William, was born and still lives. He’s in the living room now, watching TV.

The Wake and Durham county line cuts through the Page farm like a scythe. Planes from nearby Raleigh-Durham International Airport leave jet trails across the sky. Housing and commercial developments have charged toward this rural remnant with the vigor of a combine, but Page has stood his ground.

For generations, that ground sprouted tobacco. And for generations, tobacco has cultivated a livelihood for his family in both field and factory. “Tobacco supported us all the way up until 2005,” he says. That year saw the end of the quota system; Page entered into a contract directly with Philip Morris. But the tobacco company wanted a quantity his landlocked farm had no room to produce, and Page knew he couldn’t compete with the vast acreage of tobacco farmers in the Coastal Plain. “When I told Daddy that I was gonna quit raising tobacco,” Page says, “he thought the world was gonna end. He said, ‘Boy, you won’t never make it.’ ”

Nearly a decade later, he’s making it, growing strawberries and blackberries for the spring and summer, and pumpkins for the fall. With his country cadence — tobacco is always “tobackah” — Page is an anachronism in a place where Starbucks and Kohl’s are only a mile away. He’s not reaping as much money as he did in tobacco, but he provides a priceless experience for his city-sheened pickers. Families arrive in SUV’s to tromp through the field in search of pumpkins and berries. “It’s a joy,” Page says. “I feel like I’m more in the entertainment business than farming.”

For all the pressure on it, and regulations against it, tobacco is one beautiful crop, with its floppy leaves and crown of pink and white blossoms. Over a plate of chopped pork, slaw, and potatoes at Stephenson’s Bar-B-Q in Willow Springs, Lane Gregory goes from matter-of-fact recollections to evident emotion. “There’s nothing prettier than a tobacco crop,” he says. “You look at it in the afternoon, all green and all pretty. And you walk into the tobacco barn and smell that tobacco curing — I can still smell that smell.”

His speech is cured with nostalgia, but his sentiment is tempered with reality: Farming is hard, uncertain work. And tobacco growing, he says, has become more industrialized, with farmers answering directly to the tobacco companies. “It kindly left the family structure,” he says. In his childhood, “the kids worked, the moms and dads worked.”

Gregory’s 23-year-old son, Adam, sitting next to him at the table, never worked in tobacco. He has law school on his horizon. For Andy Mack Penny’s son just down the road, the horizon is a boundless tobacco field. “I hope I’m in it for life.” Jared Penny’s face is deeply tanned. He wears a young man’s sunglasses, sporty and black, and has a pinch of snuff in his lower lip. “That’s everything I’ve ever done.”

The surgeon general’s press conference 50 years ago was the spade that began to change the landscape for growers of North Carolina’s signature crop. But no government report could uproot them from the land itself, land that had sustained their families for so long. They’re a hardy breed themselves, who thrive by planting things and watching them grow, whether tobacco, berries, or grapes. Better than anyone else, farmers know that seasons change, and crops are harvested, and fields are rotated. And eventually, it’s time for a new leaf.