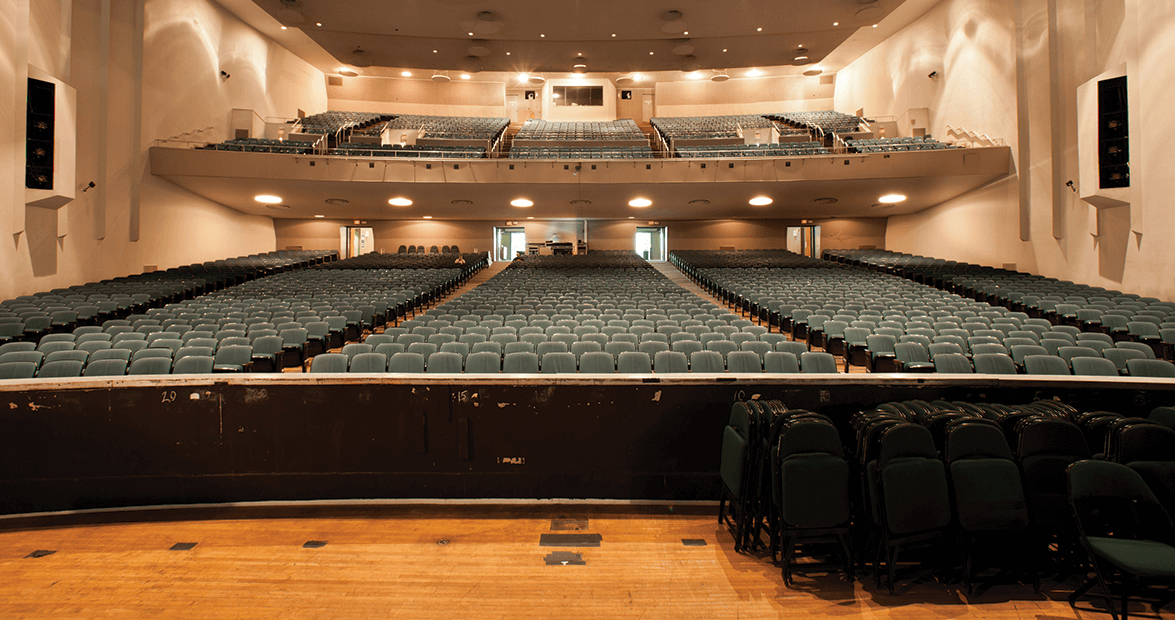 It was the right size for anything and proved hospitable to a little bit of everything.

Touring Broadway casts — beginning with My Fair Lady in 1960 and ending with Jersey Boys earlier this year — sang, danced, and dramatized from its stage. For the Greensboro Symphony and the Greensboro Ballet, it was home.

From its first performance — by teen idol Fabian on December 14, 1959 — to its last — an old-school soul revue featuring The O’Jays on September 5, 2014 — War Memorial Auditorium served as Greensboro’s center stage for the performing arts.

By the time you read this, the 2,400-seat auditorium will have been dismantled and razed to make way for expanded parking for the adjacent Greensboro Coliseum. But though the passing of War Memorial is cause for reflection and maybe even a few tears, no one is crying foul. It was, frankly, time for the curtain to fall. War Memorial had been showing its age for some time. The boxy room was functional, at best, in the modern age. Its acoustics were often unkind to performers, and its appearance was more a slowly deteriorating relic than the sort of arts showplace that this modern, growing city deserves.

Greensboro voters recognized as much, rejecting bond proposals in 2006 and 2008 that would have sunk as much as $50 million into the auditorium’s refurbishment. In its place, a brand-new $65 million facility will be built in downtown Greensboro. The Steven Tanger Center for the Performing Arts is scheduled to open in 2017. Its construction and War Memorial’s destruction no doubt represent positive and necessary steps forward for the city.

But these changes don’t mean that we can’t pause to indulge in some good old-fashioned nostalgia for all the wonderful evenings spent here. I’ll never forget seeing Jackson Browne in 2000. On a stage lined with acoustic guitars and a grand piano, he surveyed the whole of his remarkable career with an easy intimacy that made the evening feel like a living-room recital.

By virtue of its capacity and layout, War Memorial Auditorium allowed for casual performer-audience magic. It was small enough to be personal and large enough to feel eventful. My friends and I still fondly recall sparkling performances from the likes of Lyle Lovett, B.B. King, Norah Jones, Gregg Allman, Todd Rundgren, Joe Jackson, Willie Nelson, Buddy Guy, Tori Amos, Mike Cross, My Morning Jacket. …  I could go on and on.

Virtually everyone has a story to share about a special night at War Memorial, and the occasion of its closing has locals reliving favorite memories.

Here’s the one I like: Greensboro native Jerry Kidd’s father, Joe, was the original stage manager and production supervisor for the auditorium. When Judy Garland came to perform in 1961, the family got to watch her from the closest possible seats.

“My brother was probably 5 years old, and he was sitting on my mother’s lap,” Jerry recalls. “He fell asleep during the show, and Judy spotted him. She came over, squatted down, and said, ‘How sweet, I sang him to sleep.’”