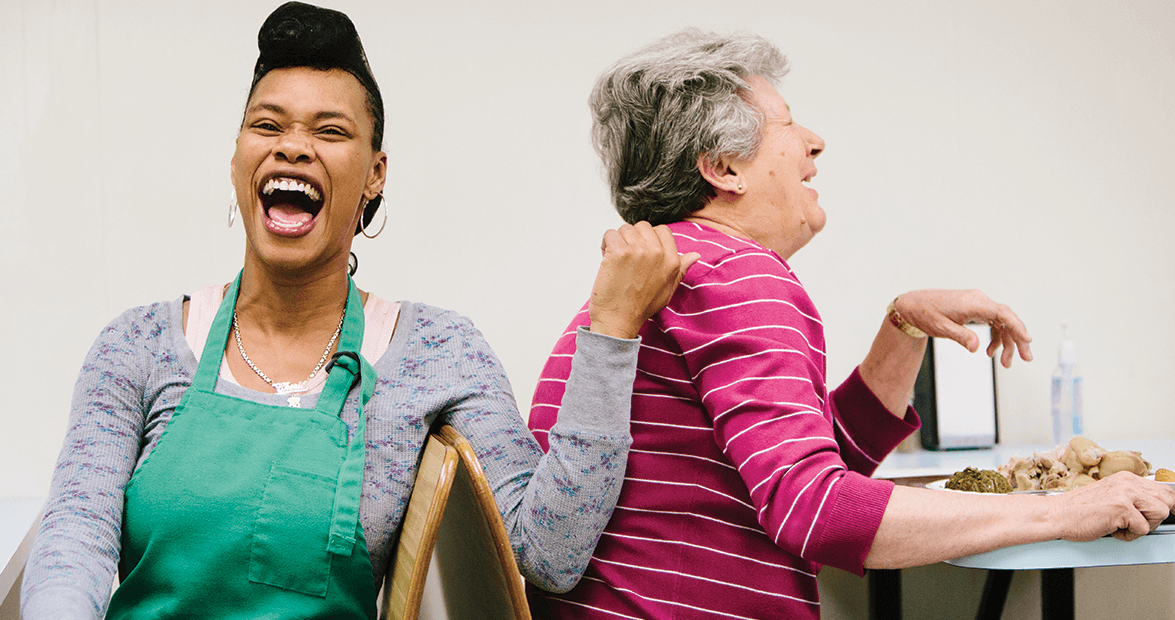 <em>Editor’s note: This story originally appeared in the April 2013 issue.</em>

Most Sundays, Tina Wilder goes to church in the kitchen, stewing collards and frying chicken while a service is held next door at the Church of the Lord Jesus Christ of the Apostolic Faith in Wilson. A speaker pipes in sermons by Bishop Omega Shelton, and Wilder listens, knowing once the last hymn has been sung, the mint green booths at the Whole Truth Lunchroom will fill.

For the churchgoers or anyone else who happens in, silver steam trays hold a rotating cast of meats and vegetables — from baked chicken and fried pork chops to whole boiled okra and sugary green beans. The dishes are much like those prepared by Wilder’s godfather, Isaiah Mercer, who started the restaurant around 1960. “As much as possible, we stick to his recipes because after all these years, people still come asking for them,” Wilder says. “It keeps it going.”

The Whole Truth began as something quite common: a church kitchen that served its members. But Mercer, who oversaw the day-to-day needs of the church as its superintendent, started delivering meals by bicycle to folks throughout Wilson. Not long after, the restaurant went public, open evenings after Mercer finished his shift as a mechanic for the state. He was aided by his wife, Geneva, whose day job was to cook at Atlantic Christian College (now Barton College), and by Wilder, who says near age 15, she started out sweeping floors, washing tables, and learning to cook at the Mercers’ elbows.

The Whole Truth is tucked off a busy street in an unassuming brick building surrounded by houses. Although it’s owned by the church next door, the restaurant caters to a larger community. One fan is Wilson’s mayor, Bruce Rose. But the biggest celebrity is Bishop Omega, the pastor and general overseer of the Church of the Lord Jesus Christ of the Apostolic Faith, whose picture hangs throughout the narrow dining room at the Whole Truth. Based out of the state, the bishop’s sermons are streamed on a monitor for the Wilson church to see, and twice a year, he visits the local congregation. For those homecomings, Wilder says at least three buses make their way to the church and restaurant. “[You] can’t count the cars,” she says. “You can hardly get in the neighborhood.”

Wilder looks forward to those celebrations, preparing roast turkey for the bishop, spaghetti for his three children, vegetables sourced from the State Farmers Market, and banana pudding and sweet potato pie. “Can you imagine trying to feed those people?” she says, thinking of the crowds who come. But she can. Other than a brief stint as church secretary, the lunchroom is the only place she has ever been employed. For that job, Wilder gives thanks. “I just love working,” she says. “I can’t think of a better job.” The food is an extension of her faith and family. Plus, she says, “I love meeting people.”