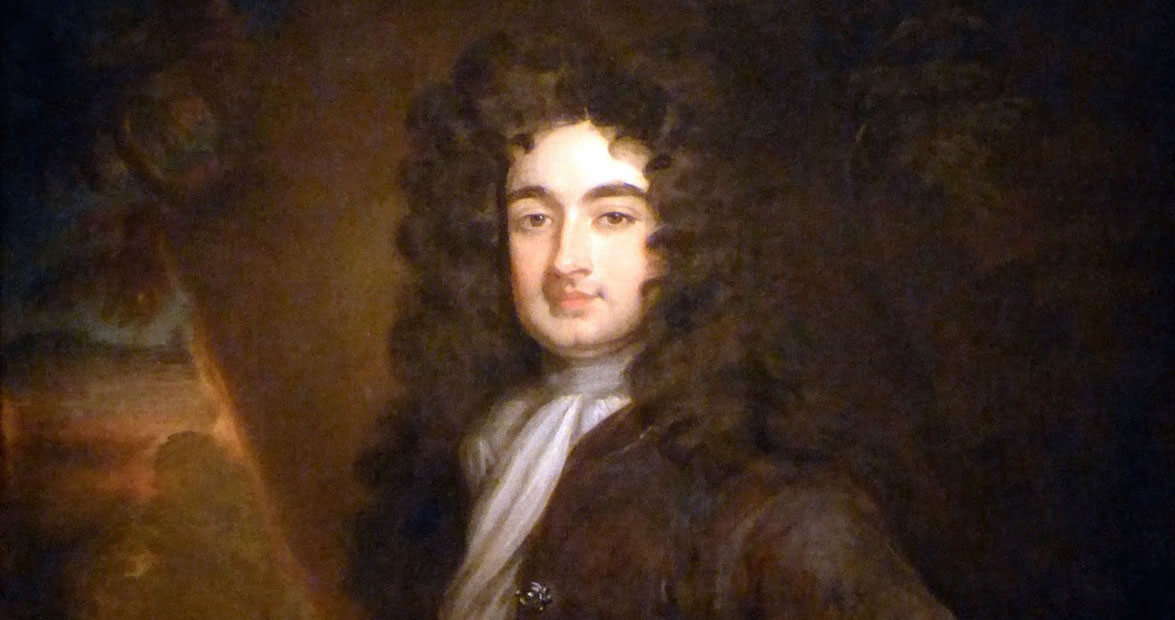 Feature image: William Byrd II, shown in this portrait detail, avoided going through the Great Dismal Swamp, which is now home to the Dismal Swamp Canal that runs from North Carolina into Virginia.

But crack it open for a read, and hoo-boy. Byrd calls North Carolinians lazy and says we eat too much barbecue. “The Inhabitants of N Carolina devour so much Swine’s flesh,” he writes, “that it fills them full of gross Humours.” By contrast, Byrd was an upstanding, virtuous leader, at least in his public books. In his personal diary, however, he meticulously detailed his extramarital affairs.

He also wrote a second book, called The Secret History of the Line, intended only for his buddies. It was — spoiler alert — racier.

As for his job, Byrd and the team drew, with one tiny exception, a straight line, exactly as they were told, although he sent his underlings to do the dirtiest work. For example, while his surveyors had to draw the line directly through the Great Dismal Swamp, Byrd and the other commissioners went around it.

The rest of Byrd’s book details plants and animal life, Indians and the like, and reveals that Byrd was genuinely impressed by the beauty of the land. After he completed the survey, he bought 20,000 acres in the Dan River Valley and called them the “Land of Eden,” a name that persists in Rockingham County to this day.

Byrd died in 1744, and his works weren’t published until 1841, making him more famous in death than in life, and proving that if you don’t have something nice to say, write it down, stash it away, and, a century later, we’ll all get to read about it.