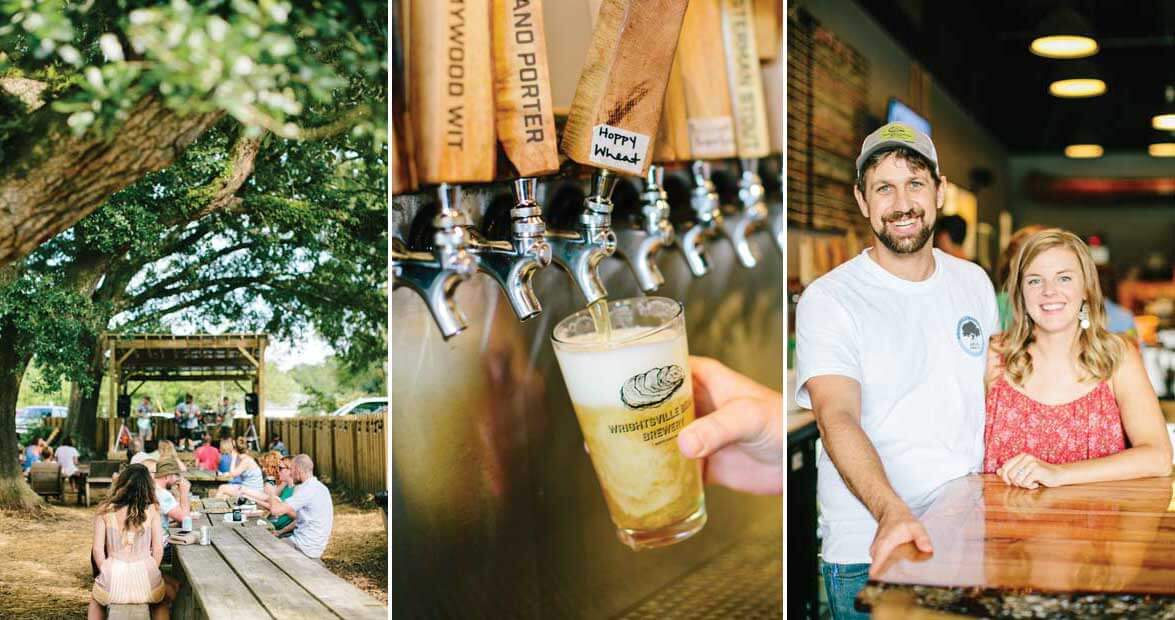 Jud Watkins grew up fishing and oystering on the waters around Wrightsville Beach. Like his father and grandfather, both fishermen, it was where he felt most at home. One chilly fall day out in the marsh, Jud and his dad, Bruce, wondered: Why aren’t there more breweries around here? The longtime home brewers promised each other that they would change that.

But just two months after they agreed to go all in on their dream, Bruce passed away. Jud knew he had to keep his promise, and in 2017, he and his wife, Amber, opened Wrightsville Beach Brewery.

Today, people gather in the shaded beer garden to listen to music, drink a pint, eat pizza (with beer-infused crust), and, of course, enjoy the oysters. Because Jud is a licensed commercial fisherman, he’s able to buy directly from other fishermen, which means that he has the freshest seafood just about anywhere.

“Most places you go will tell you they have North Carolina or Virginia oysters. But we’re what we call ‘hyperlocal,’” Jud says. “We literally name the exact island ours come from. ‘The north end of Masonboro, section B6.’ Basically we nerd out on oysters.”

And while he’s pretty busy these days, Jud always finds time to get out on the water, where it all began.