Metal sculptor Dumay Gorham III stands before his sea hawk, admiring its 20-foot copper wingspan and the brown-and-white patina that tints each individually welded feather. He recalls the countless hours he spent planning and crafting the massive bird that now watches over students at the University of North Carolina Wilmington.

Before he created Soaring to Greatness, Gorham made a variety of sea creatures for businesses and homes around the city. At a craft fair in Porters Neck, he unknowingly sold one of his small jellyfish sculptures to the director of the marine science center at UNCW. He later received a call from the director asking him to make some larger jellyfish for the lobby of the science center and, eventually, the soaring sea hawk — the university’s mascot.

Gorham’s most recent project for the campus, called Leaving the Nest — a stainless steel nest with a mother bird watching her offspring about to fly away — sits in the center of the new freshman quad. Every fall, families drop off their children behind the nest that Gorham built. And just a few years later, those same families rejoice with their graduates beneath his soaring sea hawk’s wings. 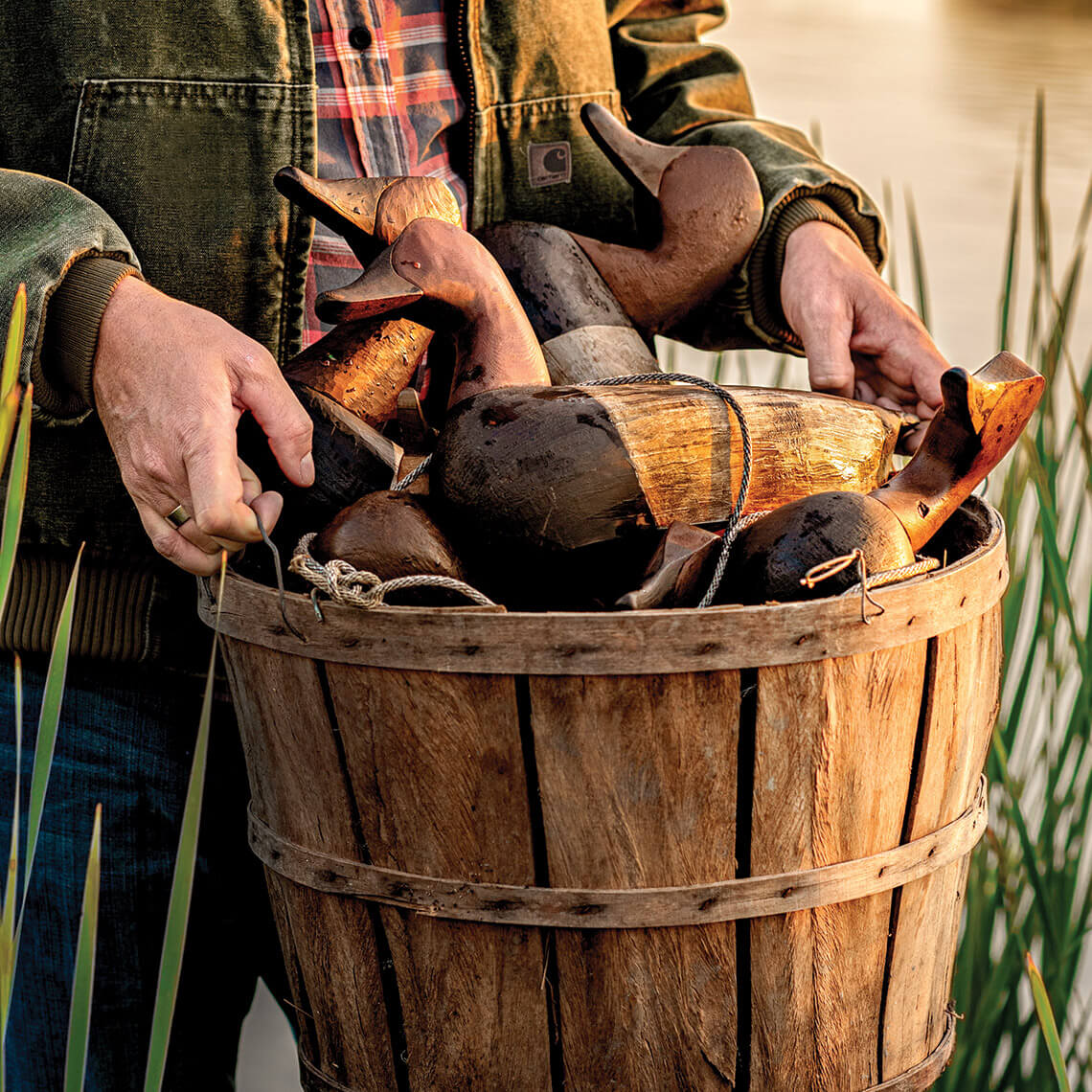 In 1714, King George III granted a parcel of Currituck County land to Chandler Sawyer’s ancestors. His family sold the land, but decoy carving and duck hunting still run in his blood. photograph by toddwrightphoto.com

It was pitch black as Chandler Sawyer waded through the shallow waters around Pine Island. He carefully spread his hand-carved decoys across the creek to attract the attention of nearby waterfowl, just like his great-great-grandfather, renowned decoy carver Bob Morse, did nearly a century ago. “I want to carry on the family legacy of Currituck decoy carving because it’s a dying art,” Sawyer says. “And I want to do it the old way.”

Sawyer’s work is steeped in family history. His shop, located in what was formerly the detached kitchen of his family’s 1800s farmhouse, smells heavily of juniper, the wood that carvers in his family have been using for generations. Across the sound is the land where he learned to hunt ducks, to wield a hatchet used to carve decoys by hand, and to appreciate Currituck, the land of wild geese. 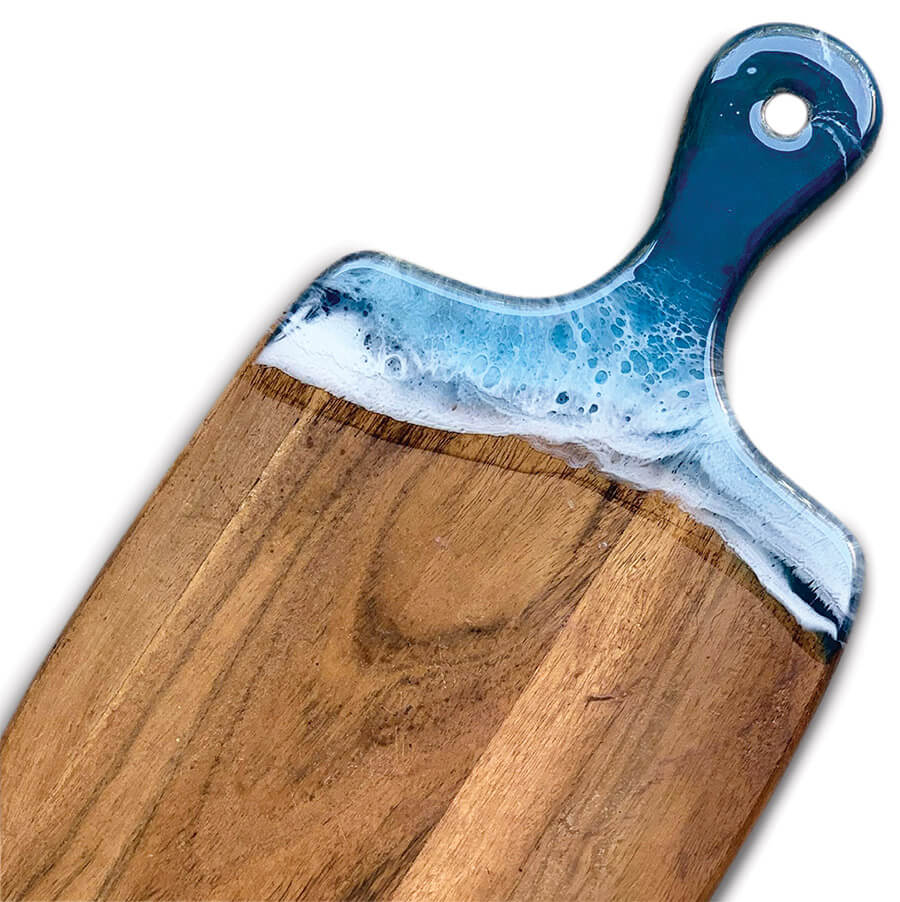 After moving to Oriental in 2018, Shelly Gayring looked for coastal art to decorate her new home, but she couldn’t find anything she loved. So she asked her husband, who occasionally repairs boats, if she could borrow the resin he uses to patch cracks in fiberglass hulls. After a lot of research and trial and error, Gayring was able to make the resin look like a photograph of waves crashing on the beach.

Each of Gayring’s pieces begin with a loose outline of the scene that she wants to create on painted canvas or wood. She incorporates modeling paste and mica flakes to form reefs and shoals. Then, she tints the resin mixture with varying shades of blue to mirror the color of the sea. She pours the liquids, which heat up and harden on the canvas within 30 minutes. Before she’s finished, she makes the salty foam texture — the edge of the crashing waves — using multiple layers of white pigment. The result: an ocean scene so realistic, you almost expect to see a fin appear from the depths of the canvas. 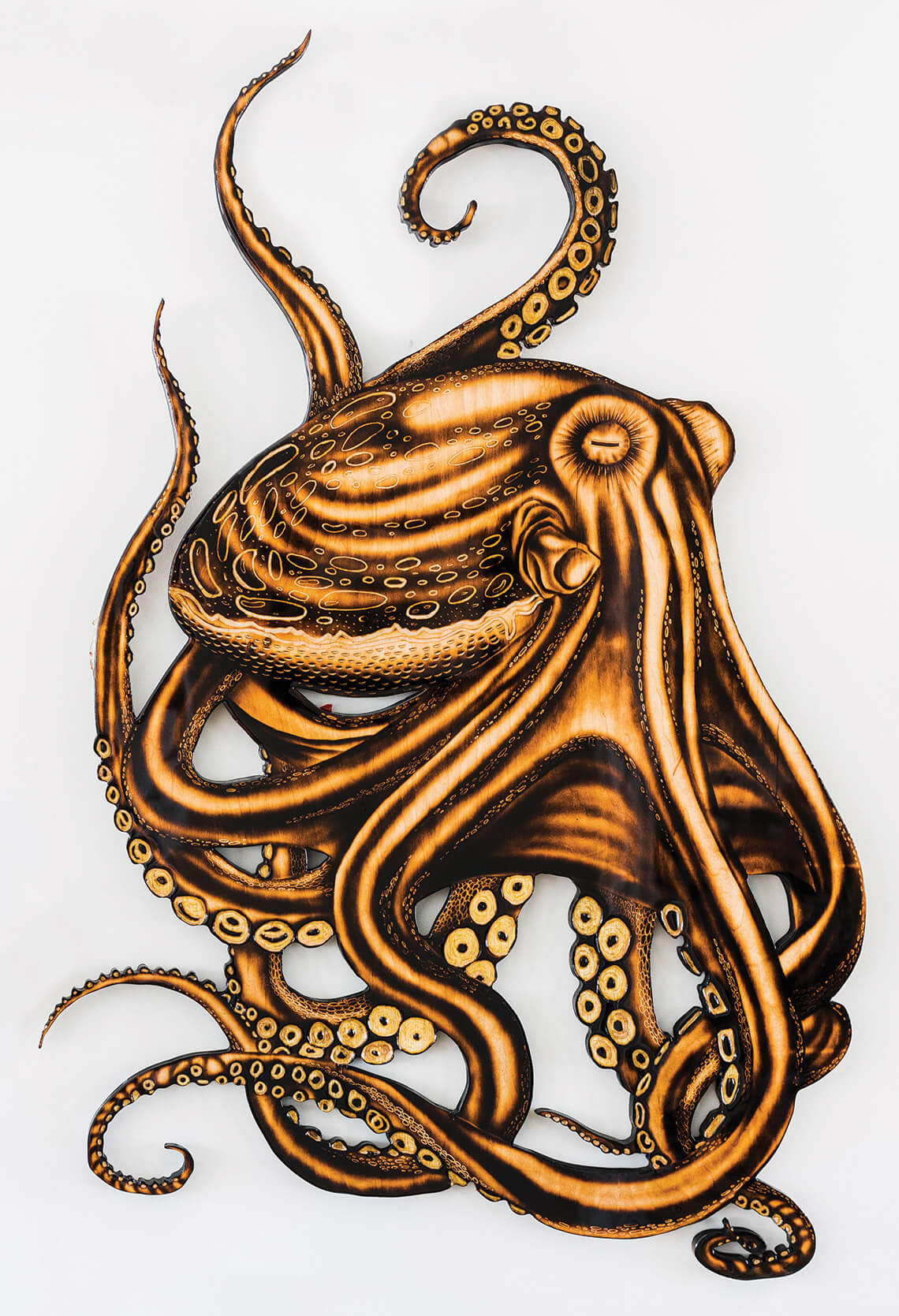 Chad Hogston’s sea-inspired art imitates life: This torched birchwood cephalopod is four and a half feet tall — about the average size of a common octopus. photograph by Matt Ray Photography 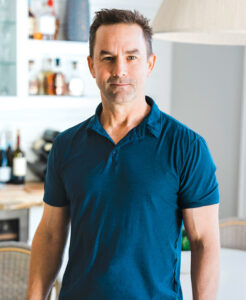 Chad Hogston was 60 feet under water near Frying Pan Tower, but he wasn’t alone. An eight-foot tiger shark swam by to investigate Hogston’s spearfishing group. Hogston was mesmerized by the creature’s presence — its distinctive markings and sheer magnitude were seared into his memory. Eventually, he re-created them in a nearly life-size torched piece.

Hogston, the artist behind Cape Fear Torch, begins each sculpture by cutting out a shape from a large plank of wood. Then, using a variety of torches and flame-blocking tools, he burns scales, gills, fins, and shadows into tunas, sea turtles, tortoises, whale sharks, and other creatures. As an avid spearfisher and surfer, Hogston’s passion for the ocean runs deep and inspires his marine-life creations. “Being in the salt water so much skewed me toward my subjects being from the same environment,” he says. “You reflect the things that you love.” 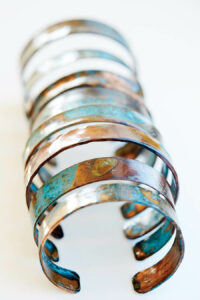 One bright morning, Loli Salamone was walking along the water’s edge in Corolla, as she does almost daily, when she spotted a group of women ahead of her. They were scouring the sand for perfect-looking clamshells, tossing unsatisfactory ones aside. Salamone, who earned her nickname “Loli” because of her tendency to lollygag about, picked up one of the rejects and held it up to the sky. The shell’s partially eroded surface dappled her face with sunlight. She scooped up the rest of the overlooked shells and turned them into night-lights that can now be found in homes across the Outer Banks. Earlier this year, Salamone left her corporate job to fully pursue her passion for creating jewelry and home goods inspired and supplied by the beach. She works from her backyard, pressing shells into small clay discs to make textured stud earrings and treating hand-molded copper bracelets with sea salt and natural chemicals to give the copper a turquoise patina. Salamone is an adventurer at heart, she says. “I like to wander the beach and look for treasures and see what I can find.” 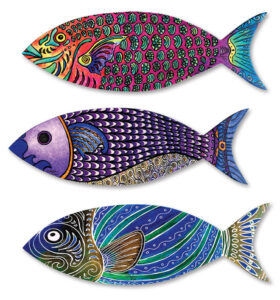 Stephanie Kiker’s colorful drawings are adapted into other media, like a school of wooden fish. Photography courtesy of STEPHANIE KIKER

Orange-and-purple butterflies flit around daisies on coasters; bright blue crabs crawl across cutting boards; sea turtles circle golden-haired mermaids on mouse pads. Stephanie Kiker lives in a colorful world, and she hopes that her art can help others bring more color into theirs, too. After an internship at the North Carolina Aquarium on Roanoke Island nearly 25 years ago, the Statesville native knew that she didn’t want to be away from the Outer Banks. She moved to Hatteras Island and began drawing her marine surroundings. Her creations are printed on a variety of surfaces, including light switch covers, stickers, and tote bags, but they all start with a sketch. Almost every day, Kiker sits down at her drawing table lined with colored pencils and black ink and gets to work. Sometimes, if she cracks a window, she can hear the ocean, a natural soundtrack as a familiar scene takes shape on the page: waves crashing at the foot of Cape Hatteras Lighthouse, located only a few miles away.