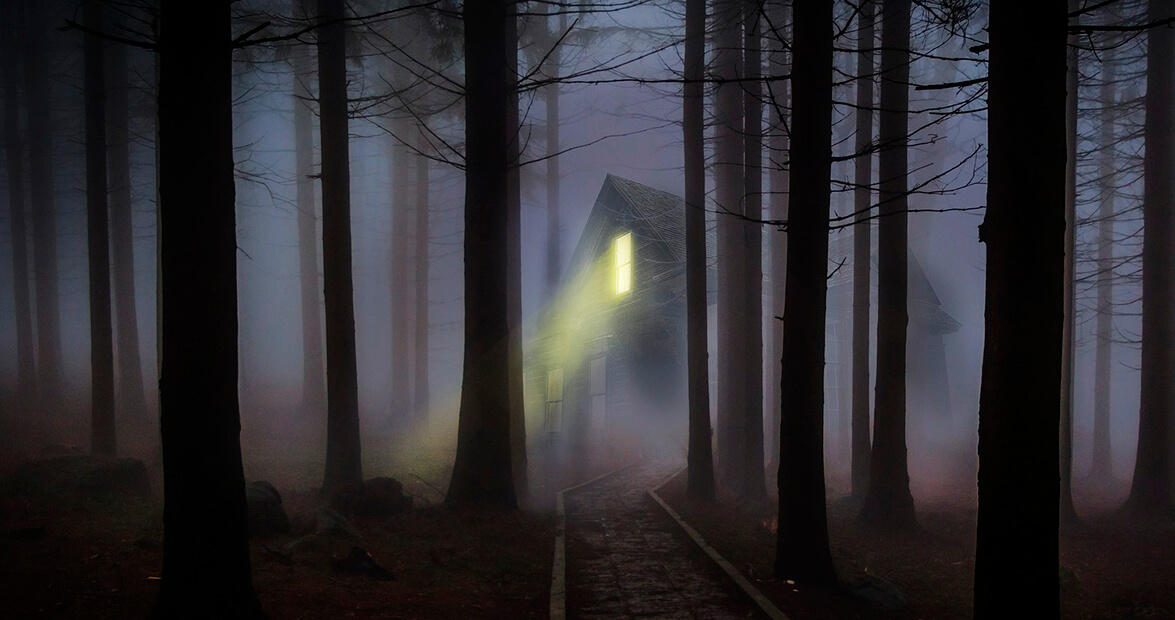 1. Spend the night with a ghostly companion at one of North Carolina’s notoriously haunted hotels

If you hear a bump in the night, you might want to keep your eyes firmly shut if you’re staying at one of these inns; they have attracted hundreds of people for years with their stories of ghostly activity, from paranormal activity experts to thrill-seekers to the just plain curious. We can’t promise you’ll have a story to tell after your stay, but don’t worry — if you need to switch rooms after one night, we won’t tell.

The Green Park Inn • Blowing Rock
Green Park Inn dates back to 1891, so it’s hardly surprising that they’ve acquired a resident ghost over the years. Sightings of a female apparition — believed to be the daughter of the inn’s founding family who died suddenly after being jilted at the altar by her lover — in room 318 are so common that the hotel keeps a “ghost log” at reception, tallying supernatural sightings by guests.

The Brunswick Inn • Southport
Antonio Caseletta, affectionately referred to as “Tony,” was a 19-year-old harpist working at the Brunswick Inn who drowned in 1882. Some say you can still faintly hear the benevolent spirit playing his harp, and one local who lived in the building for nearly 50 years said Tony would turn on lights and close windows upstairs for her.

The Omni Grove Park Inn Resort • Asheville
The Omni Grove Park Inn is one of North Carolina’s most well-known haunted hotels, home to the mysterious “Pink Lady.” While it’s debated whether she fell or was pushed to her death in the Palm Court atrium in 1920, she’s said to be a friendly spirit with a kind heart. She currently haunts room 545, and guests know she’s here when they experience a cold chill, feel a static charge on their skin or see an apparition surrounded by pink smoke.

The Carolina Inn • Chapel Hill
Dr. William Jacocks lived in suite 252 for 17 years until his death in 1965, and even now, he’s still not ready to check out of his room. The Carolina Inn’s most notable ghost likes to prank guests by opening curtains, appearing in hallways, and jamming the door of the room — once, staff had to climb a ladder and enter through the window to get inside.

Balsam Mountain Inn • Balsam
Give the folks at Balsam Mountain Inn a ring and they’ll be happy tell you about the various paranormal sightings across their property. While rooms 205 and 207 are the most active — each room has its own activity log! — guests have also reported seeing a woman in blue on the second floor balcony, and have heard children giggling on the third floor, to name a few other accounts.

The Great Smoky Mountains have a reputation of being home to a hotbed of paranormal activity. But one trail in particular, the Norton Creek Trail near Lake Fontana, has received national attention for its two creepy tales. First, according to Cherokee legend, the highest mountain ridge is home to Spearfinger, a witch with one long finger tipped with sharp stone. Legend has it that Spearfinger disguises herself as an elderly grandmother to lure lost children to her home so she can cut out their livers and eat them. Hikers have also reported seeing strange floating lights, which lead them back to safety when they’re lost. The lights are believed to be a benevolent spirit killed by American Indians when looking for his missing daughter on the north shore of Lake Fontana.

Even if you’re spared from supernatural sightings during your hike, or don’t believe in witches and ghosts, you can’t hide from the abandoned homes and small cemeteries deep into the woods that dot the trail, setting a spooky mood. But don’t just take our word for it — Travel Channel and Backpackerverse have recognized Norton Creek Trail as one of the most haunted trails in America. Whether that information serves as a warning or a beacon to you is your call.

3. Lock your front door and watch a horror movie with scenes shot in North Carolina

North Carolina has played set to hundreds of movies, a number of which belong to the horror movie genre. Whether you’re looking to re-watch a cult-classic or you’re screening something new, you might find yourself looking over your shoulder the next time you visit the towns where these movie scenes were filmed.

Honeyspider (2014)
Filmed in: Hillsborough, Durham, Kannapolis, Roxboro
Interesting Fact: The Myers House, located in Hillsborough and pictured in the film, is a life-size replica of Michael Myers’ Halloween Haddonfield home.

I Know What You Did Last Summer (1997)
Filmed in: Southport, Burgaw, and Durham
Interesting Fact: The film’s screenplay is written by Kevin Williamson, a New Bern native who wrote the screenplays for the Scream series (except Scream 3), and created The Vampire Diaries and Dawson’s Creek.

Hannibal (2014)
Filmed in: Asheville
Interesting Fact: Mason Verger’s over-the-top estate is none other than the Biltmore House.

Cabin Fever (2002)
Filmed in: High Point, Winston-Salem, Mount Airy, Coleridge, Danbury and Mocksville
Interesting Fact: Whenever the movie airs on television, Priddy’s General Store in Danbury sees an increase in visitors due to the store’s role in the film.

The Conjuring (2013)
Filmed in: Wilmington
Interesting Fact: The century-old farmhouse located at 405 Canetuck Road in Pender County is used in the exterior shots of the Perrons’ home in the film; nearly an exact replica of the home’s interior was built on set in Wilmington for interior shots.

Many might expect to find such a rare artifact in a larger city like Raleigh or Charlotte, but North Carolina’s Egyptian mummy is located in the Iredell Museums in Statesville. The 3,000-year-old female mummy was found in Al Faiyum, Egypt in the 1880s and first came to Statesville in the 1950s. “To the outside world, she’s a 22nd-dynasty Egyptian mummy, but to Statesville, she’s Margaret the Mummy,” executive director of the Iredell Museum Melinda Herzog says. Though the full exhibit dedicated to ancient Egypt has been replaced, Margaret is part of their permanent collection, and remains on display.

5. Come face-to-face with the paranormal at the Cryptozoology & Paranormal Museum

The Cryptozoology & Paranormal Museum in Littleton, North Carolina is home to a collection of supernatural artifacts, ghost hunting equipment, and Bigfoot-related objects, such as blurry photos and plaster footprints. Owner Stephen Barcelo has been running the museum for several years, and enjoys sharing stories and answering questions for visitors. Each artifact has a detailed back-story, such as a haunted doll named Mrs. Beasley that Barcelo claims rearranges herself from inside of her locked case. The building that holds the museum is allegedly haunted, as well.

6. Try a freaky food at one of North Carolina’s restaurants

In between spooky adventures, you’ve got to eat; luckily, North Carolina has a number of restaurants serving delicious yet uncanny food that will keep you in the Halloween spirit. If the spooky activities have you already leaning outside of your comfort zone, take this opportunity to lean further, and try one of these unique dishes.

Roasted bone marrow at Table in Asheville: Typically, bones left on the plate are the remnants of a good meal. However, with this dish, the two bones on your plate are your meal.

Cold Sweat ice cream at Sunni Sky’s Homemade Ice Cream in Angier: How can something that’s supposed to be cool and sweet bring so much habanero pepper and hot sauce heat? Try it for yourself, if you dare.

Crispy pigs head at Stanbury in Raleigh: Though the dish is made using a pig’s head, thankfully dinner isn’t presented with one.

Pizza pie at Benny Pennello’s in Charlotte: What’s freaky about pizza, you might ask? This pizza measures up to an astounding 28 inches, which is pretty freaky if you ask us.

7. Get lost with only a flashlight to light your way inside of a corn maze at night

Nighttime corn mazes are a great way to involve younger members of the family wanting to partake in a little spookiness this fall. Throw on some layers, pack a flashlight, and spend your weekend putting a twist on a fall favorite that all ages can enjoy.

Looking for more spookiness this fall?

10 North Carolina Ghost Tours To Go on This Fall