Pontoons, catamarans, and small yachts docked along Washington’s downtown waterfront bob to the rhythm of the Pamlico River. During the summer months, children navigate a fleet of small white sailboats on the river’s dark, brackish water. Here, sailing students learn integral life lessons: courage, teamwork, and how to expect the unexpected. Beneath the river’s surface, marine life learns the same lessons.

More than 75 percent of the Atlantic Seaboard’s commercially and recreationally important fish spend at least part of their lives in the Albemarle-Pamlico Estuary, where fresh river water flows into the salty sounds. Although there are more than 100 estuaries in the U.S., Washington’s is one of the largest. Essentially enclosed by barrier islands, it gives young fish more protection and time to develop before transitioning to the ocean.

On land, locals find that the city’s ecosystem provides a similar level of support. 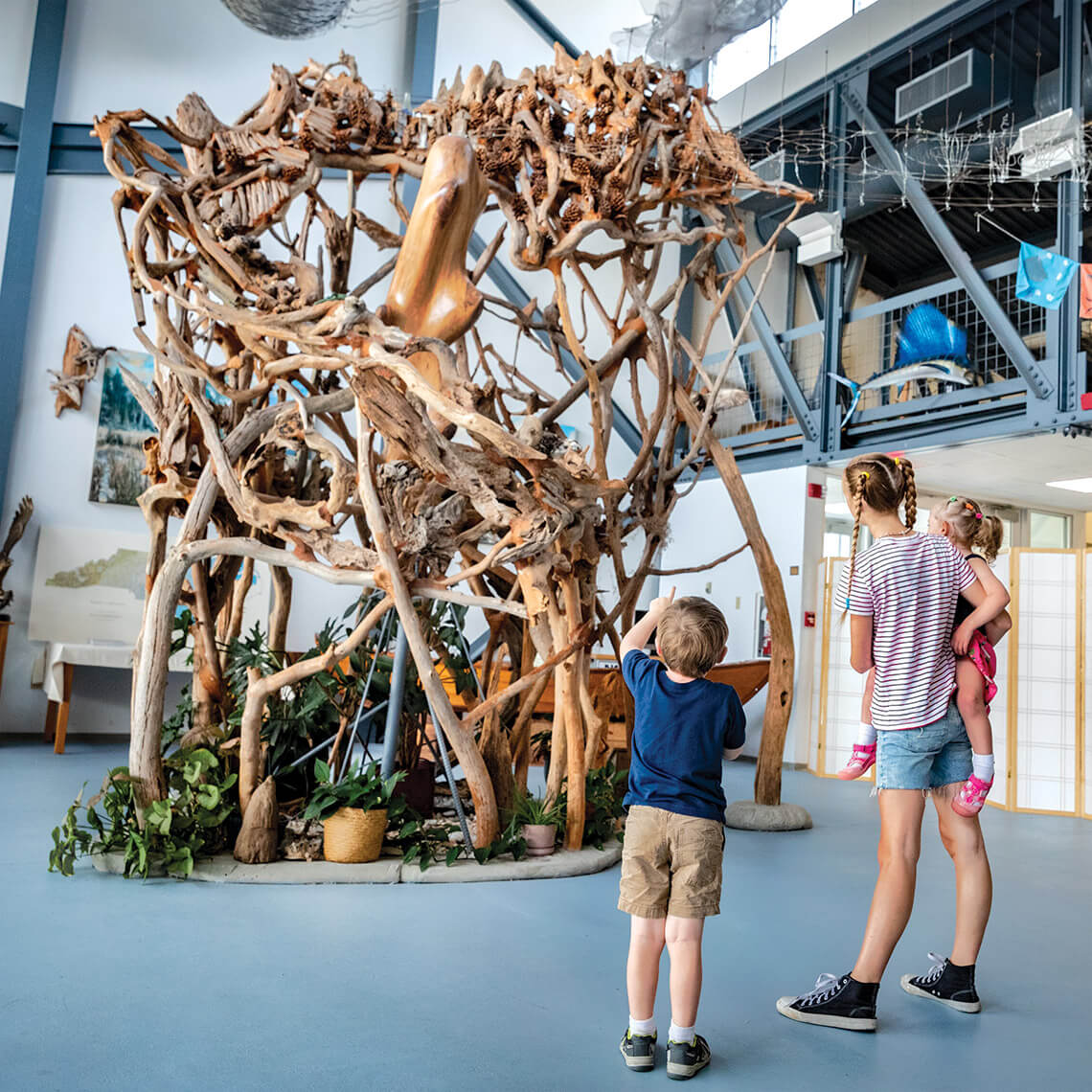 The North Carolina Estuarium — a word that Director Tom Stroud coined by combining “estuary” and “museum” — is the only education center in the state that interprets the science of estuaries. photograph by Charles Harris

In the lobby of the North Carolina Estuarium, Director Tom Stroud stands to the side, smiling as a family admires the driftwood sculpture in the center of the room. The piece, completed in 1998 by former public school art teacher and artist Whiting Toler, is a conceptual representation of how everyone living in North Carolina — from the mountains to the sea — plays a role in keeping the Albemarle-Pamlico Estuary healthy. “It’s a very memorable sculpture and helps set the stage for the museum,” Stroud says. “The more people have an emotional attachment to a place, the more likely they are to protect it.” Stroud wrote the text for the more than 200 exhibits, which include habitats of some of the animals that live in the museum’s estuarine region, like spotted sea trout, American alligators, frogs, corn snakes, and blue crabs. 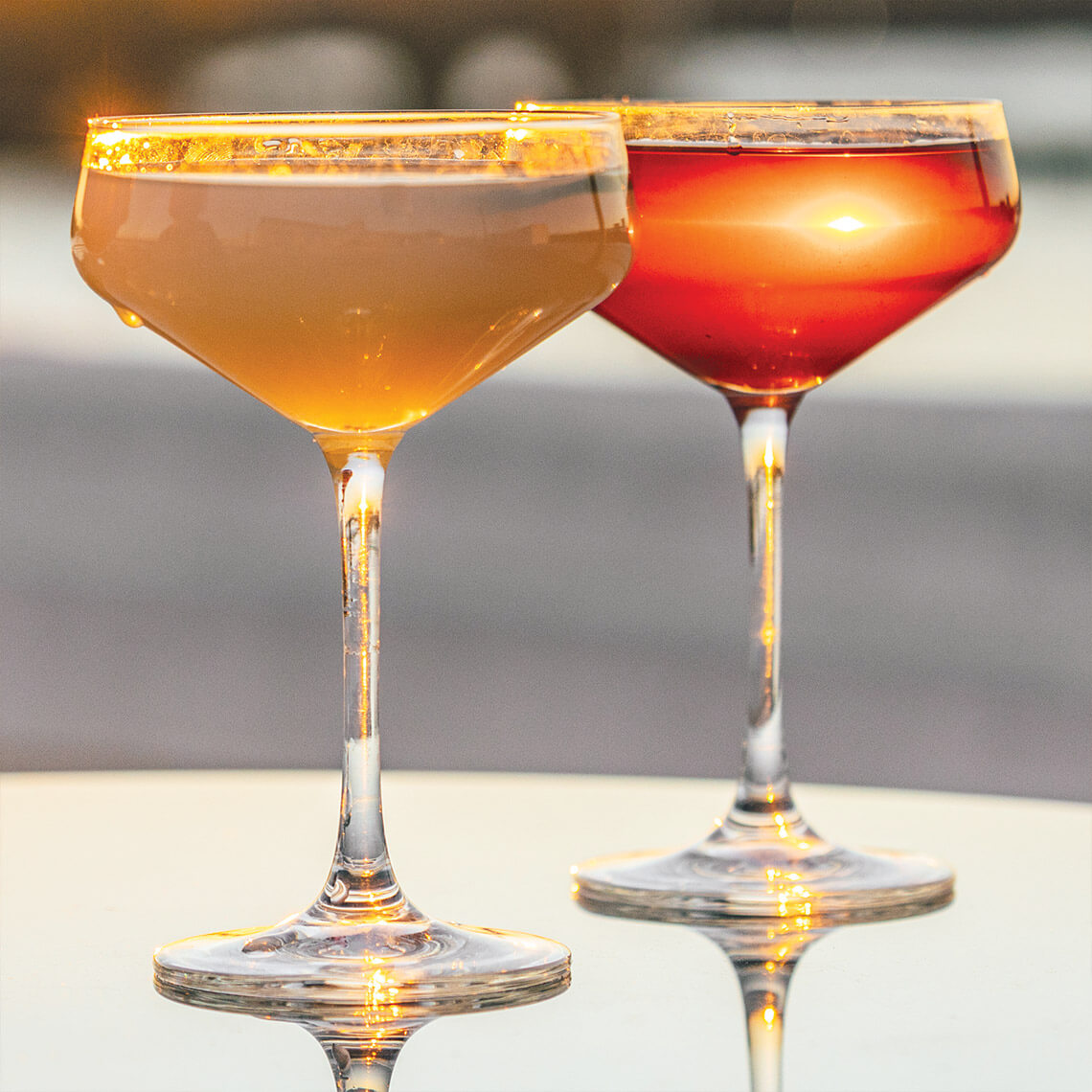 Vaulted pressed-tin ceilings, velvety jewel-tone banquettes, and Jackson Pollock-esque paintings lend a modern elegance to this restaurant, located in an 1818 building and named after the first tavern in Washington. Nur Darar’s father, Mohamed, purchased the building in 2014, and after years of work — Reem, Nur’s mother, was the general contractor on the project — the family opened The Mulberry in July 2021. Moving from Raleigh, Nur was apprehensive about what life in a smaller city would be like for him and his parents. His father moved to the U.S. from Egypt before Nur was born. But, he says, “People who are well-traveled want to stay here, and that speaks to how unique it is.” Nur says. “We were welcomed with open arms.”

What to order: The spicy Cheddar biscuits, herb falafel wrap, fried chicken sandwich, and mushroom Swiss burger are especially popular. Can’t stay for a meal? Ride the elevator up to The Mulberry’s rooftop seating area to enjoy a cocktail and an amazing waterfront view. 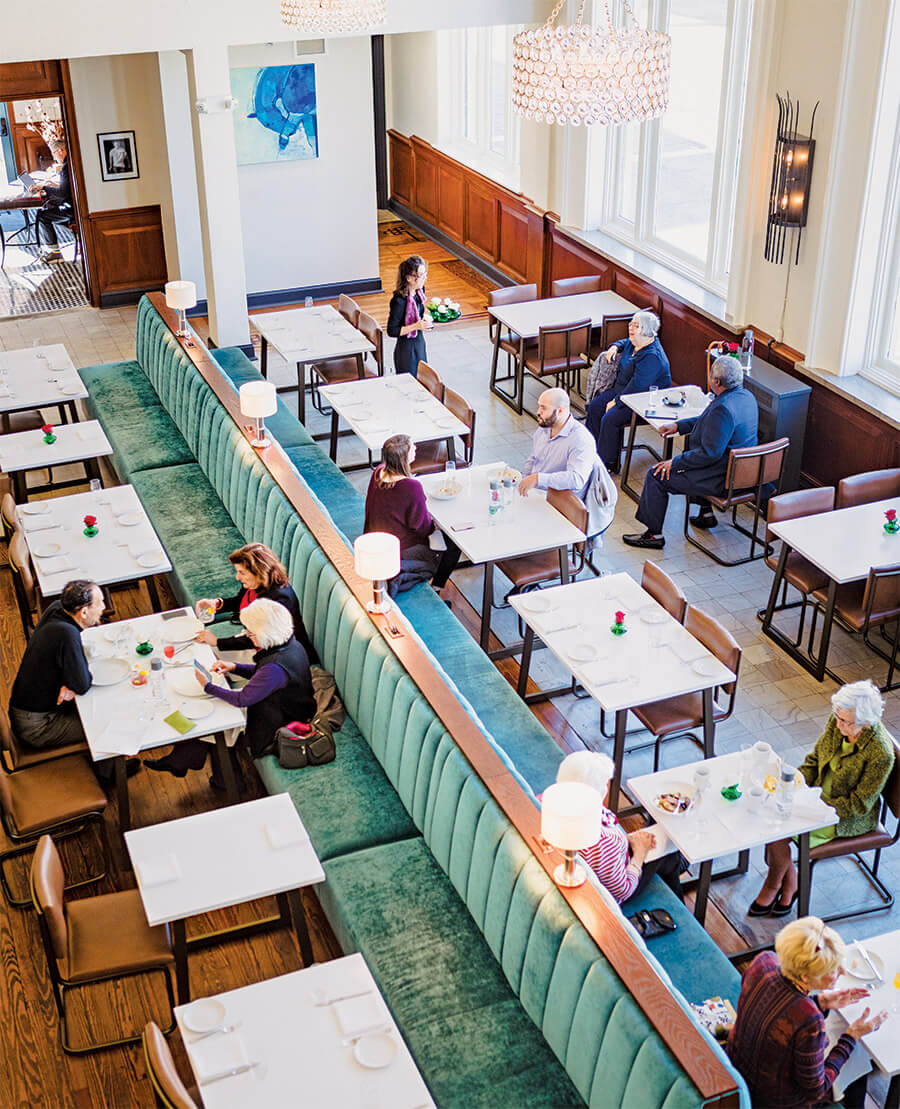 The Hackney photograph by Baxter Miller

Sip a cold beer on the back deck with a view of the Pamlico River.

Make a reservation for a meal, afternoon tea, or gin tasting.

Attend a wine tasting or savor a glass in the lofted library. 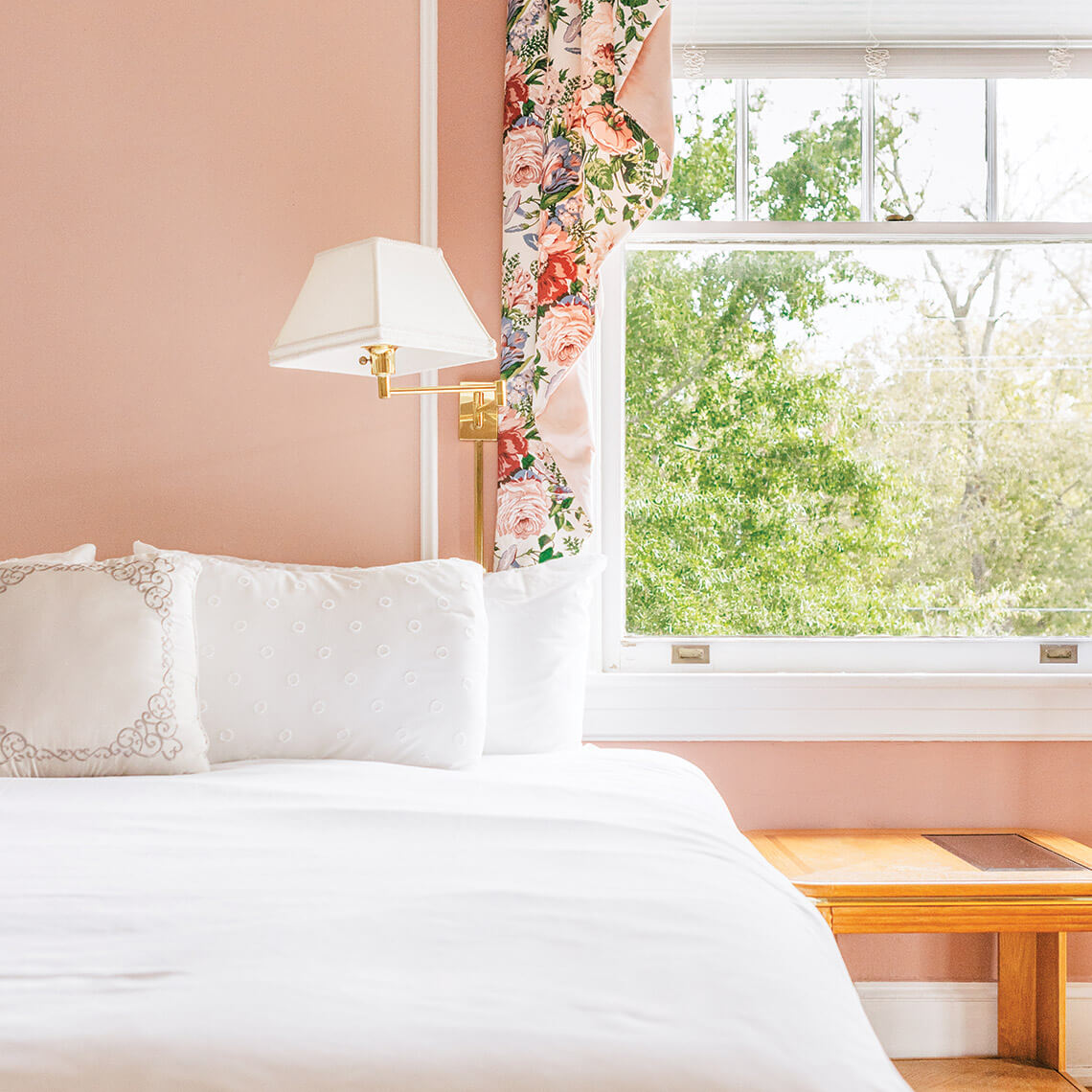 Rooms at The Ell Hotel are themed by color: pink, blue, gold, and green. The picture-frame wainscoting in each room is original to the 1921 home. photograph by Baxter Miller 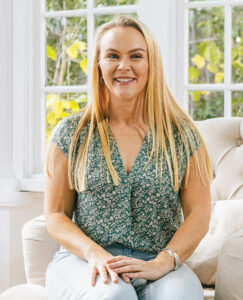 Five minutes north of downtown, the Colonial Revival-style home with a green Spanish ceramic-tile roof, paired columns, and a front yard composed of English boxwood gardens provided a new lifestyle for veteran Ellen Brabo. Growing up as an Army brat and then traveling the world during her own active-duty service with the Army, Brabo had no idea what she would do once she settled down. Before purchasing the 1921 Bowers-Tripp House — listed on the National Register of Historic Places — Brabo wanted to know that Washington was a place that “valued community over competition.” She was happy to find that it did, so she put down roots for the first time in her life and, with some fresh coats of paint and the addition of a few bathrooms, turned the house into The Ell Hotel last year.

Amenities: Easy self check-in; a billiards room; and wine, beer, cookies, and other treats available for purchase using a QR code. 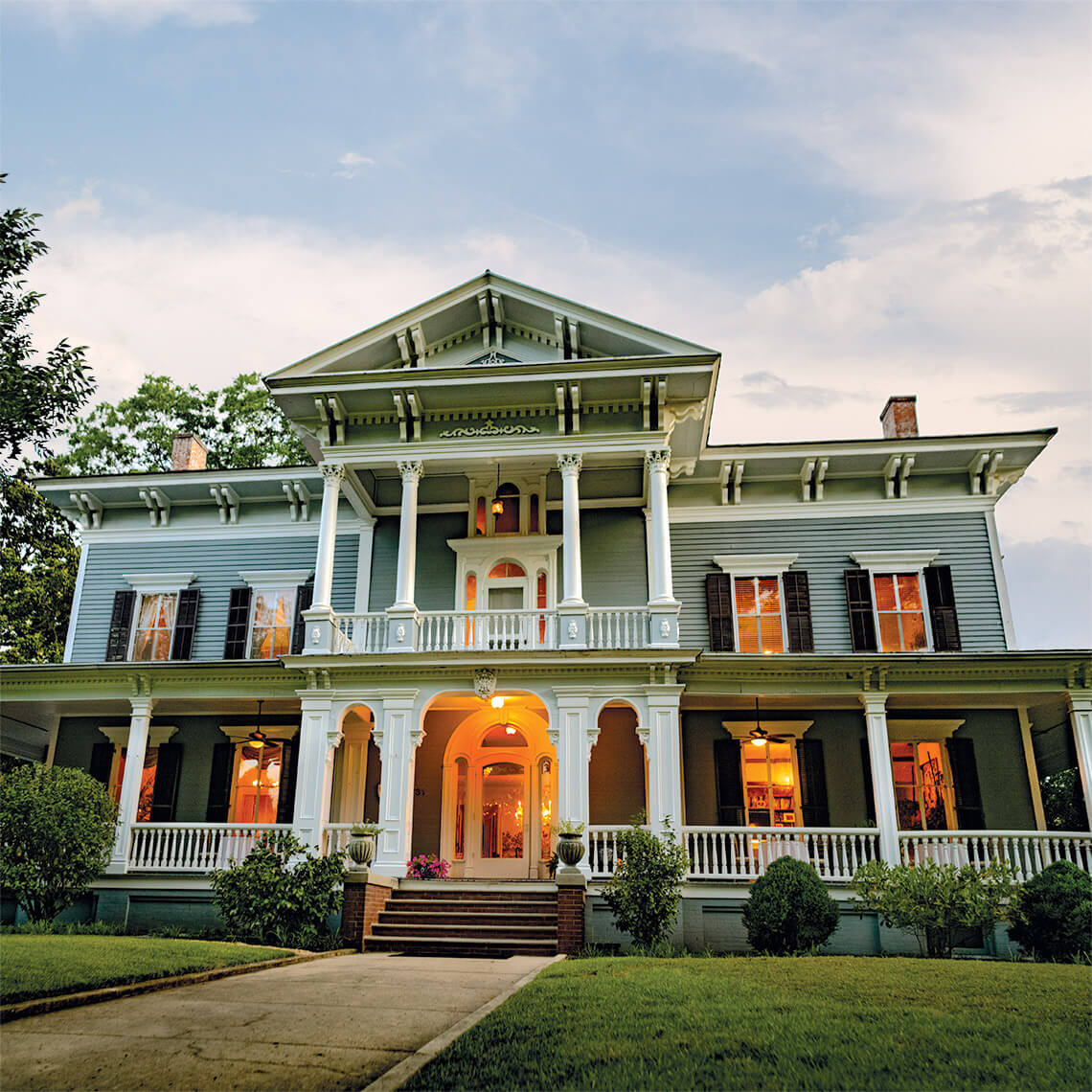 At this stately mansion, a top-tier breakfast awaits.

Explore the city from this historic inn, overlooking the Pamlico River. 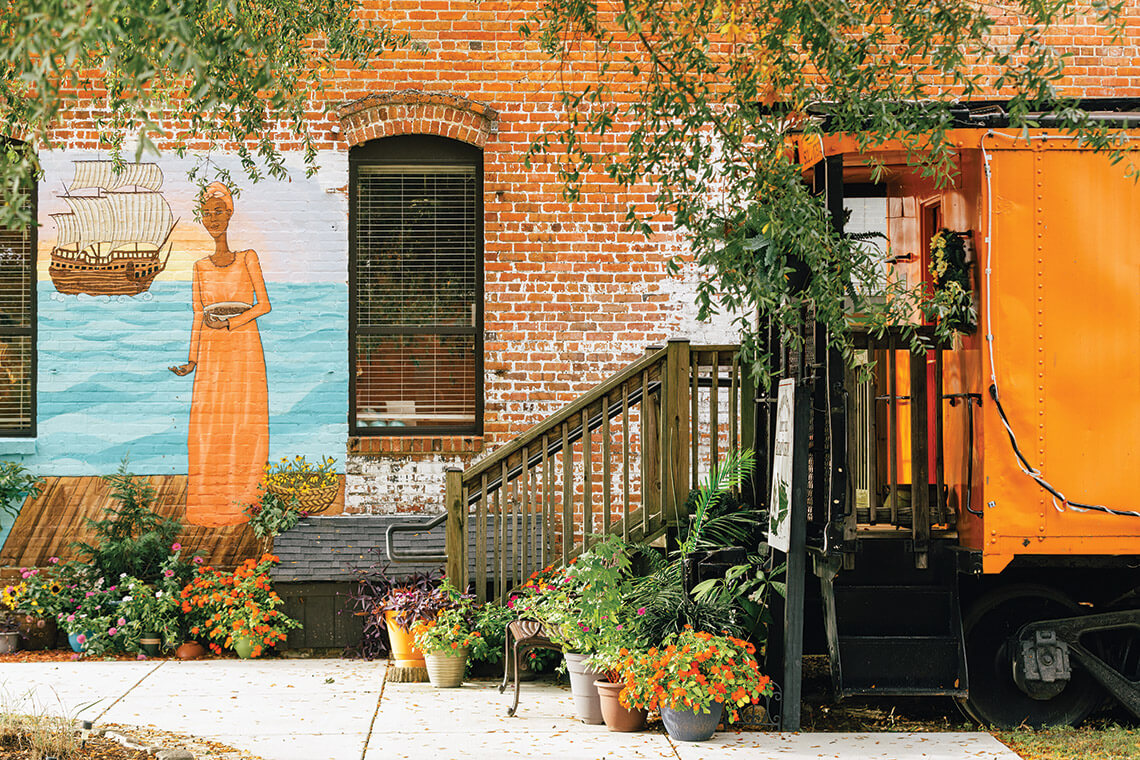 In 2014, thanks to the efforts of Leesa Jones, a three-mile section of the Pamlico-Tar River was designated as a National Underground Railroad Network to Freedom site. photograph by Baxter Miller 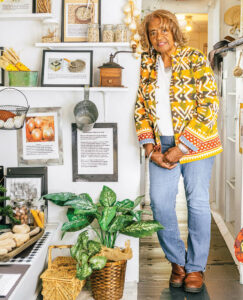 Decades of history is contained within a bright orange Seaboard Coast Line train caboose, home to the Washington Waterfront Underground Railroad Museum. Newspaper clippings, clothing, books, and props detail the stories of the thousands who were involved in the Underground Railroad, either as abolitionists or as enslaved people who used the Pamlico-Tar River as a pathway to freedom. “[The Underground Railroad] is not just African American history; it’s people working together to provide people with dignity, kindness, and respect,” museum cofounder Leesa Jones says. “People had such a high regard for human dignity. It could take almost 15 people to help one person [escape to freedom].” Some freedom seekers used the river to track where family members were sold, while others ventured to Northern states or even into Canada. No matter the circumstances, the river provided an opportunity for a safer, more efficient passage into a new life.

Did you know? Songs, dances, and black-eyed Susans were just some of the creative tools that people used to communicate when it was safe for freedom seekers to travel through the Underground Railroad network. 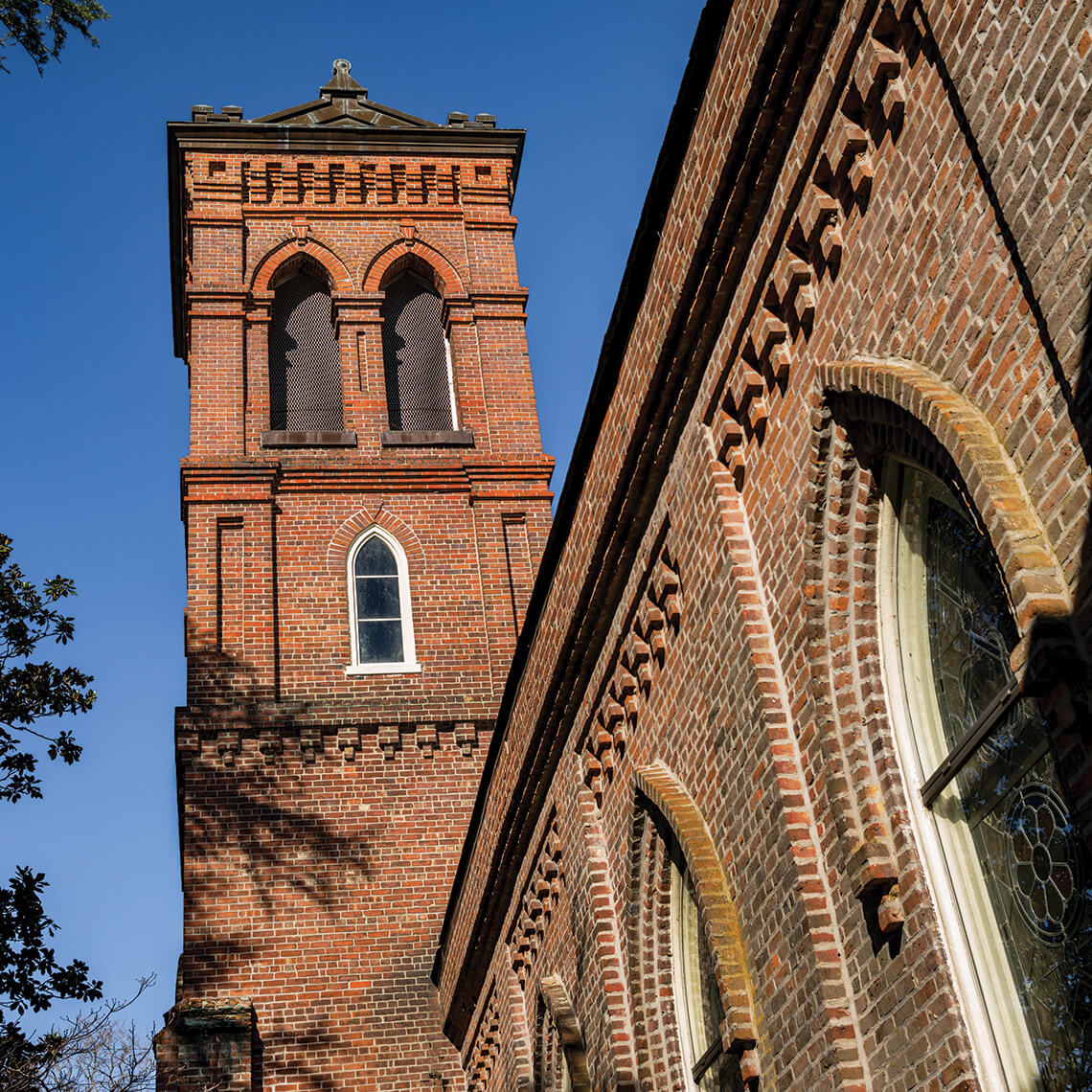 Take a short walk on the half-mile Live Oak Trail along the shore of the Pamlico River, look for leopard frogs and salamanders from the Palmetto Boardwalk, or park an RV for a longer stay.

This shop has it all — from local prepared foods and gourmet spices to water shoes and sunscreen.

Most of the artwork at this gallery, representing 40 local artists, depicts Washington’s coastal landscapes.