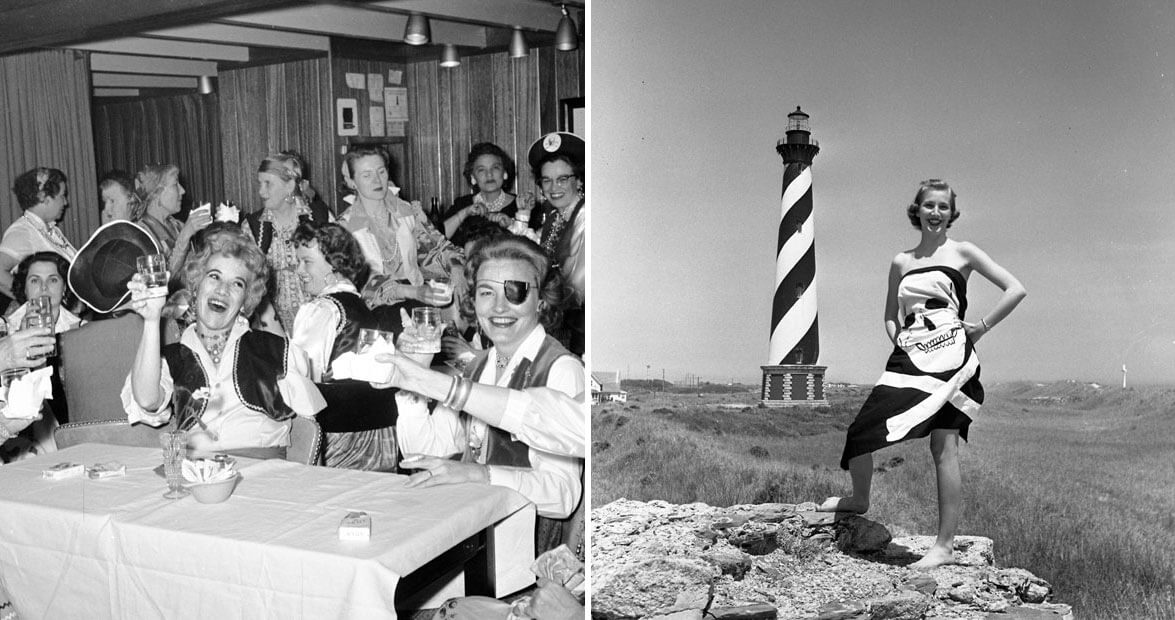 Most of us, honestly, don’t appreciate what it means to be a real pirate. It’s fun to envision the prototypical pirate ship from the movies, where the crew sings in unison and the captain is as charming as an eyelinered Johnny Depp. You know, the Disney version. I, for one, acknowledge the darker, murdering and plundering side of piracy — less yo-ho-hoing and more stab-stab-stabbing. Blackbeard, I assure you, was not a gentle man.

So when you start an event called the Dare Coast Pirates Jamboree, it makes sense that things could get out of hand. This particular festival — more of a “whoop-de-do,” as one newspaper put it — was first held on the Outer Banks in the spring of 1955. It was a publicity ploy: What’s it gonna take to get folks out to the coast at the very beginning of tourism season? Pirates, that’s what.

In the beginning, it seemed nice enough. The three-day festival had dances and fish fries and beach buggy races and whatnot. Women sewed elaborate costumes. Men grew elaborate beards. And, well, if you look like a pirate, you start to act like a pirate. In one picture from the jamboree, a woman dressed in a dark vest raises a highball glass in a toast, her grinning face telling us, “Honey, this ain’t my first bourbon.” (The woman in the eyepatch next to her silently agrees.) In another photo, a woman perches atop a rock near the Cape Hatteras Lighthouse, wearing nothing but a pirate flag. Ahoy! And in a particularly dramatic shot, a small boat belches smoke on Roanoke Sound as part of an annual mock sea battle that, in 1963, ceased to be mock when it accidentally set fire to some marshland in Manteo.

More pirates came every year, which made the festival rowdier — too rowdy for its own good. After 1964, organizers called the whole thing off. Which meant that for the first time, someone was sad that the pirates were gone.