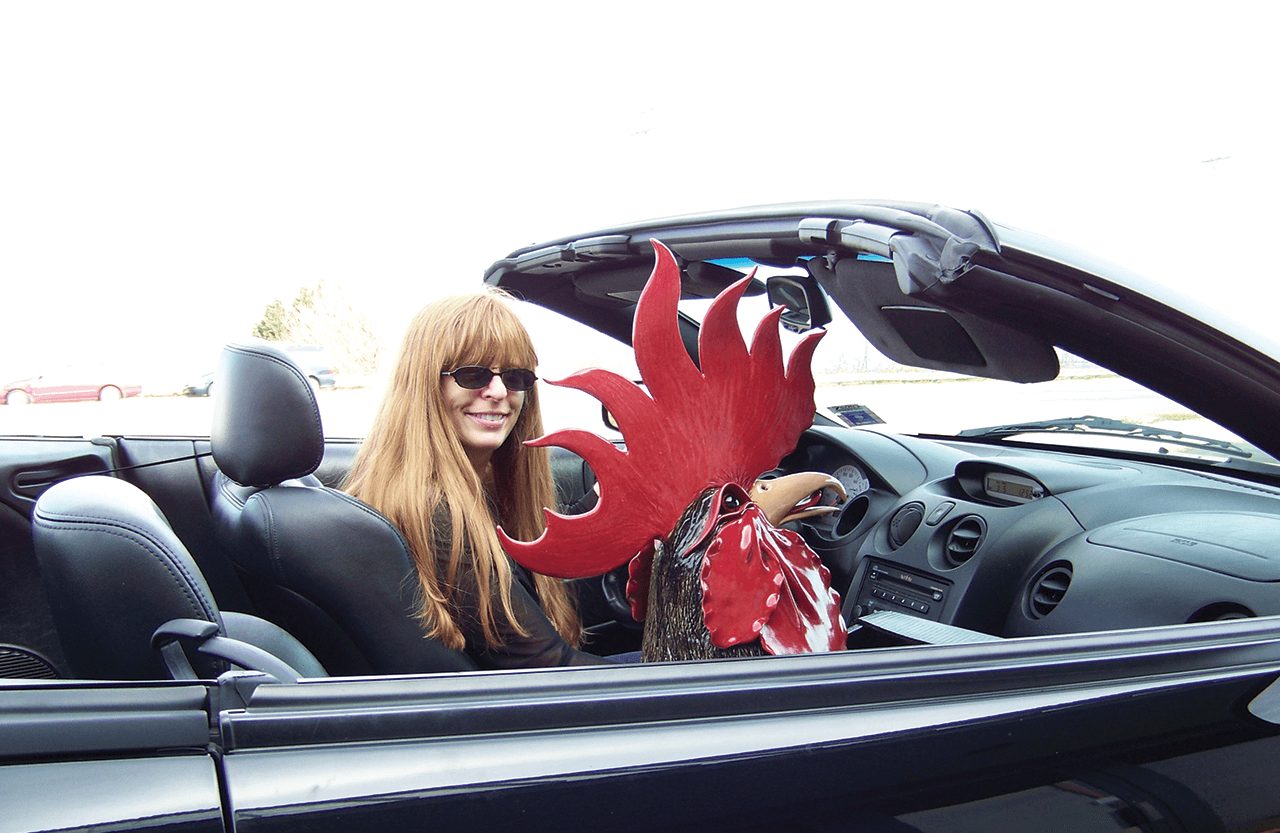 On her way to becoming the Rooster Queen, Tammy Leigh Brooks learned something: It’s good to be a little bit like a chicken. They’re feisty. “I could be compared to a hen or a rooster,” she says. “I’ve got some fight in me.”

The Rooster Queen, now in her 20th year of being a full-time potter, didn’t grow up in Seagrove, didn’t have pottery in her family, didn’t even touch clay until she was 32. That was the year a friend convinced her to take a night class in pottery at the Hickory Museum of Art. Brooks felt an immediate connection. She’d come home from work and throw pots on the wheel until midnight. Two years later, she quit her telecommunications job of 16 years

She’d never kept live chickens of her own — still doesn’t — but in 2004, a client begged Brooks to make her a stoneware rooster. Brooks saw it as an opportunity to create something with life and personality, and to stretch herself artistically.

“A lot of potters get a form that works and stick to it,” Brooks says. “In the beginning, I did that, but as I evolve, I love the challenge of looking at an animal and saying, ‘Can I do that?’ ”

Between building, drying, firing, glazing, and firing a second time, Brooks might spend two months on a single bird. She specializes in Polish chickens, whose wild, sea-urchin crests alone take her up to 10 days to piece together.

“I enjoy building each creature up, coil by coil,” she says. “It’s very time-consuming, but for me, that’s what I’m supposed to do.”

Brooks’s chickens have been gaining notoriety, especially in Charlotte, where three of them were placed in the Mint Museum Randolph. But around Hickory, the Rooster Queen is known for something else: her hats. The hats in her collection — some sequined, many feathered — give her confidence while she’s cruising in her convertible or stopping in at the grocery store. It’s fitting: She is the Rooster Queen. She should have feathers for her crown.