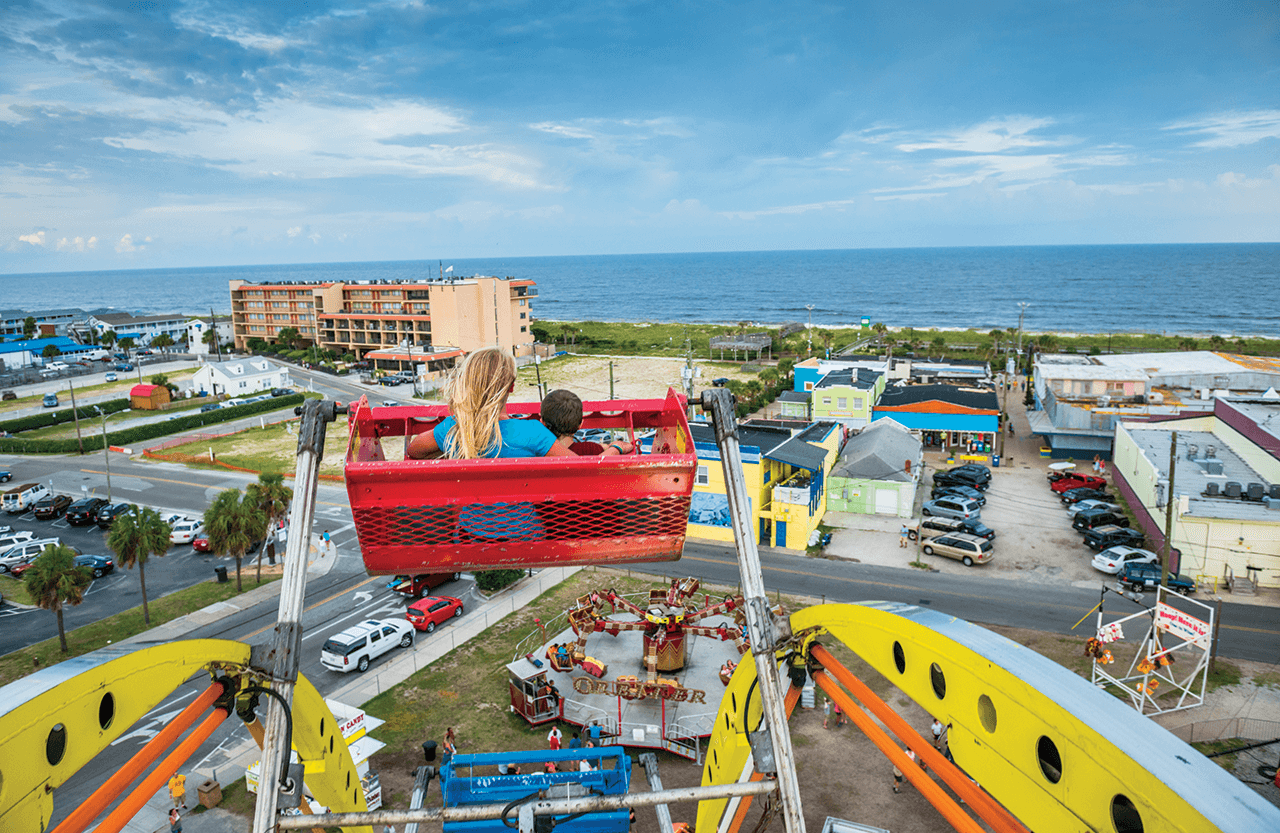 This story was originally published in May 2014.

It’s just a walkway. The whole thing is only about 800 feet long, and it runs along the top of a sand dune. If you start at the south end and walk north, the ocean is on your right, past the sea oats. Past there are the people — the sunbathers and the surfers — and the canopies. You smell charcoal. You see lifeguards keeping watch. On your left are three blocks of boxy, pastel-colored buildings, stores selling T-shirts and suntan lotion, ice cream, and doughnuts. There are a few bars and restaurants. Up ahead are carnival rides. A loop-the-loop. A carousel.

The boardwalk at Carolina Beach is, today, still a boardwalk, one of the few that remain in North Carolina. But it’s not the boardwalk it used to be. And because it’s not, the people in town here keep asking the same question, over and over, year after year, decade after decade: What do we do about the boardwalk? 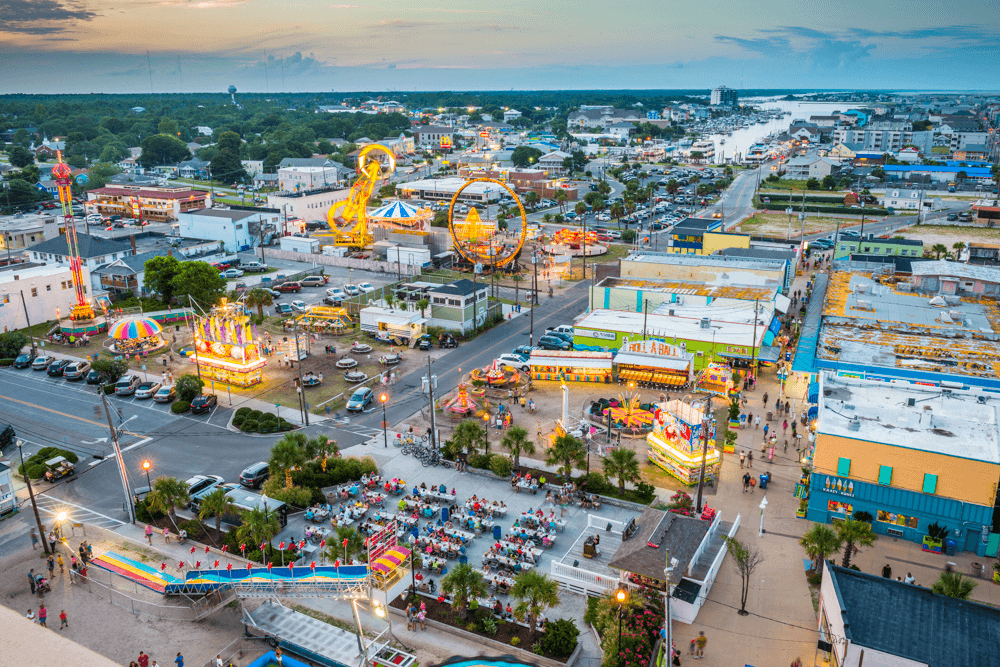 The boardwalks you’re probably thinking of — the kind The Drifters sang about, or the type you see on that HBO show — those look like the ones at Coney Island or Atlantic City. All of New Jersey is brimming with boardwalks, for that matter — as it should be, because the American boardwalk was invented there. Atlantic City has had a boardwalk since 1870, when two guys devised it as a way to keep people from tracking sand into their railroad cars and hotels. Over time, the boardwalk turned into a highway. And what do people do next to highways? They build things. In Atlantic City, they built candy shops, tilt-a-whirls, hotels, and eventually casinos. When Parker Brothers laid out its Monopoly game board in the 1930s and named its spaces after streets in Atlantic City, Boardwalk became the most desired spot.

Carolina Beach had a boardwalk during the 1930s, too. The town itself was incorporated in 1925 and built a boardwalk five years later, and you can look through old pictures of men in hats and women in bathing caps strolling about. The people on the sand wore bathing suits so unrevealing that it’s amazing that anyone felt much sun at all. There were benches pointed at the ocean. There was a carousel. There was frolicking. Close your eyes, think about how a boardwalk should look, and you get Carolina Beach in the 1930s.

That thing you see? That vision? That vision has trapped the modern boardwalk. The boardwalk of today is not that. And it cannot be that. People have to pay money to build things that make money on the boardwalk. But other people want boardwalks to be what they’ve always been, and so the survival of these structures is shackled by nostalgia, hemmed in by memories. A boardwalk is built on the idea that things from your childhood should be there for your kids to enjoy, just like you did. Here, it costs a lot of money to keep that idea alive.

Carolina Beach has never been a place where you worry about how much you’re going to pay. Since its beginning, blue-collar workers from the Piedmont brought their kids. Soldiers and marines from the bases nearby brought their girls. There was a big pavilion and a Ferris wheel and plenty of sand. The boardwalk was the place where it all came together — a wooden line between beach and bingo, between relaxation and diversion, between business and pleasure. 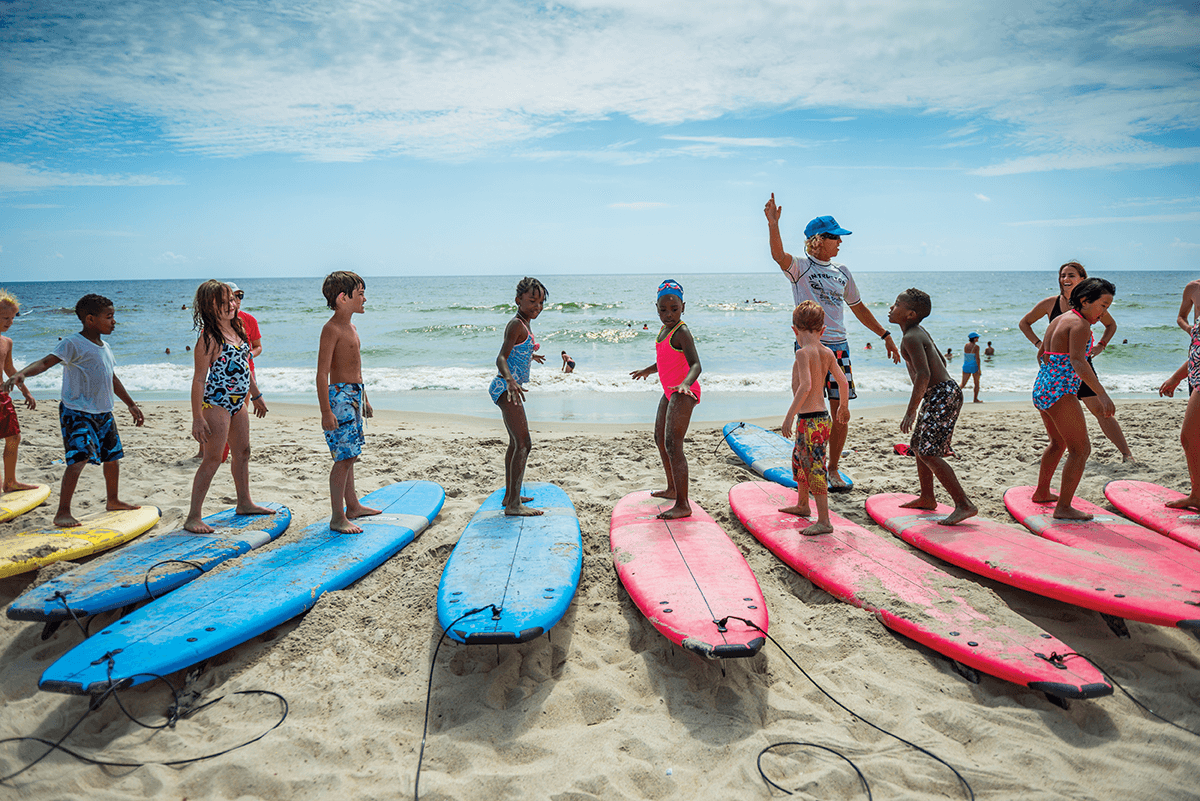 The town rebuilt the boardwalk, but engineers piled up the sand in front of it, creating a dune meant to protect the place against future storms and putting the water out of sight. Suddenly, it became impossible for people who’d been coming here for years to feel what they’d felt before: the planks at their feet, the wind in their hair, the ocean in their eyes. The boardwalk wasn’t how people remembered it. Businessmen were hesitant to come back. And the question came again.

In 1972, the mayor thought about tearing the whole thing down and building upward, so that people could see over the dunes. It was typical 1970s thinking: a parking deck on the bottom, entertainment and shops above dune level, and condos on top. Instead, the only modernization that came was in 1977, when the rotting wood was replaced by concrete, and the boardwalk lost its boards. In 1978, the Sea Shore Amusement Park on the south end of the boulevard closed (the park’s rides moved to Jubilee Park at the north end, but closed in 2005). The kids dwindled, and the beer joints thrived. The place started to get a reputation as a rundown rowdy spot at the same time that everything else in town started to feel newer. More than 1,500 houses went up between 1980 and 1989, and suddenly, the new Carolina Beach felt at odds with the fading buildings downtown. What was once the focal point was now an eyesore. And the question came.

In 1989, the city got grant money and permission from more than a dozen agencies to build a new wooden boardwalk on top of the dunes. In 1993, they canceled a music festival that brought in booze and bikers, and passed ordinances meant to cut down on the number of bars and shoo away exotic dancers. In all, the town spent more than a million dollars to make the place look nice again. But the people were not coming back like they’d come back before. There was occasional violence. Businesses that weren’t bars largely left. Renovations simply didn’t happen. In 1998, a newspaper headline summed up the area thusly: “Sun Hardly Shines on Once Hot Beach Resort.”

In 2003 came the 10-story hope: Marriott built a 144-room hotel at the end of the boardwalk. The town saw the hotel as an announcement that they weren’t just made up of mom-and-pop motels anymore. It was an opportunity to take away some of the swag of Wrightsville and Myrtle beaches, but some people wondered if the new visitors would see the boardwalk next door, with its boarded-up storefronts and its faded glory, as a liability. In 2004, the Carolina Beach Boardwalk Preservation Association launched, then landed with a thud. And so the issue came up again.

In 2008, a group of volunteers called the Boardwalk Makeover Group got town leaders on board. Now, there’s a new coat of paint on the boxy buildings. The landscaping is fresh, and the flowers are colorful. There are sit-down restaurants, an ice cream shop, and a stand selling carnival food. Britt’s Donuts opens its doors every morning during the summer, just like it has since 1939, selling warm doughnuts with a flaky glaze that draws long lines of customers holding cash. There’s a place that rents bicycles to the whole family. Bands play at the gazebo. The arcade is still open. There’s a surf shop. There’s a place to get craft beer. Even the carnival rides are back, and the flashing lights of a Ferris wheel and the sounds of screaming kids on the Fun Slide echo into the night. During the summer, bingo is back on Wednesday evenings, and there are fireworks on Thursdays. There’s a new plan in the works to spruce up the boardwalk, to widen the walkway from eight to 16 feet, and to spend another million dollars to make the whole thing even more modern. But even now, you can’t run for office in Carolina Beach without answering The Question. Even after all of that, people still want to know: 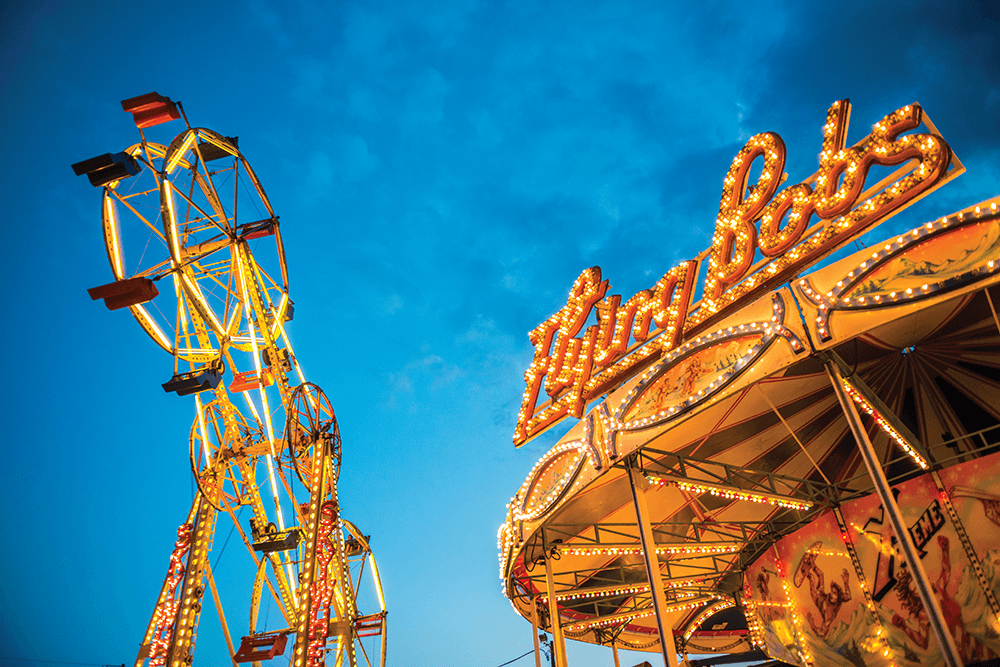 It’s probably a good thing that Carolina Beach is still asking itself that question. Because that question leads to better questions. How do we fix it? How do we make it better? What do people really want? How can we make a piece of the past last long into the future? It’s clear that people still care about the boardwalk. They’re still searching for answers. And until they get them, they still have a place to go, to walk atop the dunes, and to wonder how we came to feel that a boardwalk that’s only three blocks long should go on forever.