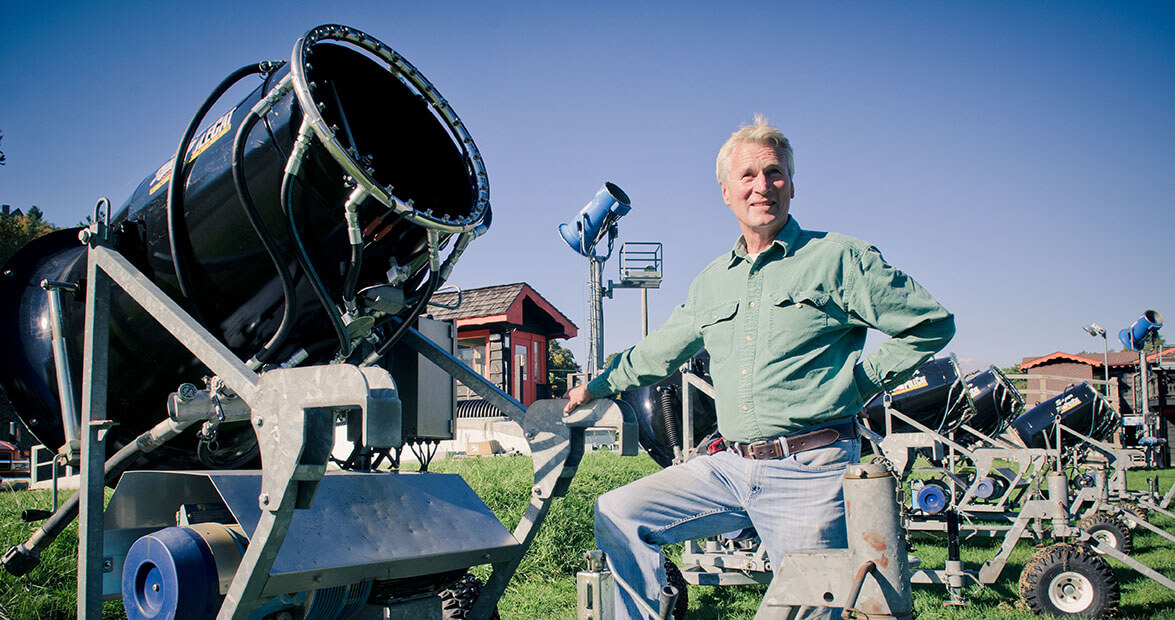 When Steve Stanley’s son was young, he suspected his dad was a wizard. Stanley could make snow spray from a garden hose. At least, he did once. At a party. In his front yard.

To turn a dormant landscape into a winter wonderland, Stanley welded a special connection on to his otherwise ordinary hose. Then he hooked it up to a borrowed snow gun — a machine that fans mist into freezing temperatures — before twisting the spigot. In the expanse of a harsh High Country winter, he created an oasis of white fluff that, despite its mechanical backdrop, seemed nothing short of magical.

That garden hose party is now family lore. But Stanley still makes snow. Every winter, more than 100 inches of it. As mountain manager of Appalachian Ski Mountain, he makes so much snow that sometimes surrounding roads are coated with the stuff, even when there hasn’t been a cloud in the sky.

Stanley’s career as a snow maker started in 1980, back when he was just an outdoors-loving guy running a ski lift. One night he was asked to work an extra shift: the night shift. He didn’t realize that he’d be overseeing snow guns. The job was cold, lonely, and loud. But then the sun came up and revealed what he’d done. To behold a slope covered in fresh snow created under his watch, by his hand, was magnificent. So he kept doing it.

In his decades as a snow maker, Stanley has learned that in order to turn snow into a great ski run, you have to start with a perfect slope. In warm seasons, when the soil is soft enough to turn, he and his crew lay electrical lines and maintain French drains that funnel meltwater. Under ideal conditions, Appalachian can convert 6 million gallons of water into snow on a given day, and a good bit of that is recaptured. The rest comes from a spring-fed, 40-foot-deep holding pond covering two to three acres, which the resort has been known to completely drain several times a season for flurries.

This ongoing process requires underground cables and pipes that carry water up the mountain, day after day, away from the public eye. Hence, snowmaking actually requires a lot of ditch digging. And every great ski run here depends on Stanley’s year-round labor. 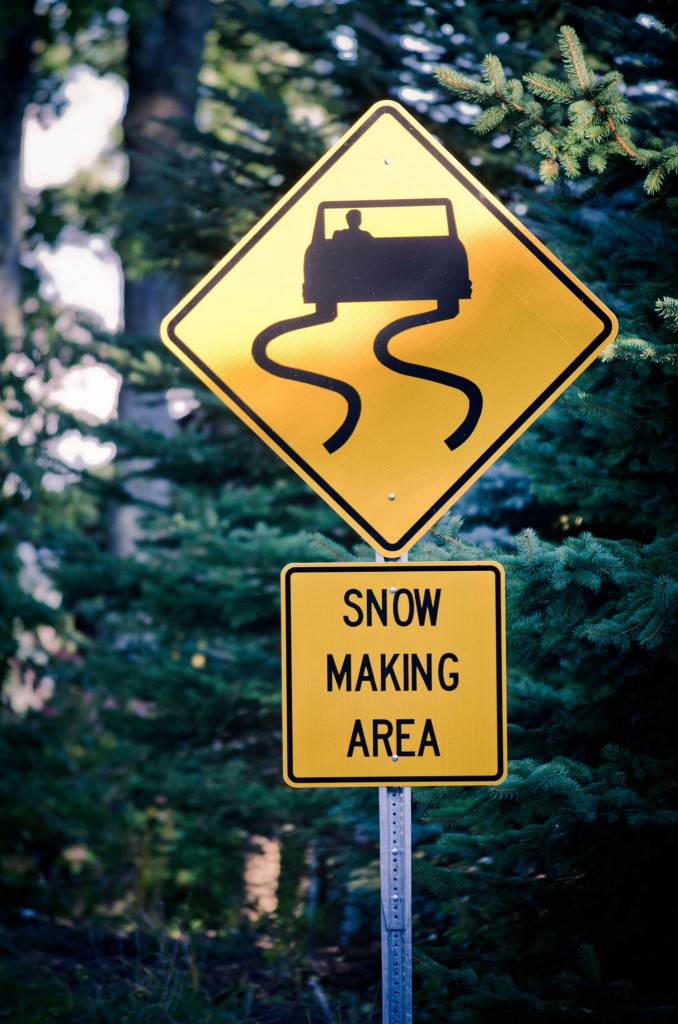 “In the South,” he says, “blowing snow is especially tricky because it snows, warms up, rains, gets cold again, and everything turns to ice.” Stanley — a trim man with pure white hair — picks up a stone that’s been unearthed during off-season trench-cutting labor and tosses it into dry dirt. “That warm-up-and-freeze situation is as common as fieldstone up here.”

There’s no instruction book to get the slopes back into shape. Conditions are always changing. The temperature fluctuates between the top of the hill and the bottom. One day’s windy, the next day calm. “You’ve got to pay attention to things,” Stanley says. “You’ve got to get out in the snow and kick it around. You have to ask yourself: What’s the skier looking for?”

Every snowmaking machine has to be set according to weather and human senses, and most snow guns are adjusted by the turn of a hydrant. Man-made snow is less crystalline than natural snow — a good thing, as it tends to melt more slowly, but the form requires finesse. It’s more art than science.

Stanley tests his product by sticking the sleeve of his jacket close to his face. “If they go splat, it’s too wet,” he says of the particles. “If they bounce off, that’s about right. You just have to get a feel for things.”

He and his crew have a language for the nuanced precipitation required to create base and touch-up layers. “Granular” feels like sand. “Set up” is the glassy stuff that comes right before ice. There’s also “sun-baked,” “wet,” and “green,” the too-wet ground cover just before grass is revealed. But what Stanley is shooting for, what he always strives to create, is “packed powder,” the stuff that makes a skier feel like he’s flying.

Appalachian’s snow production is supported by a mini-village of outbuildings that shelter car-size pumps and compressors. Stanley grabs a handful of fish food from a bag beside a structure known as the switch house. When he tosses the pellets into a small holding pond by the lodge, it erupts into a flurry of trout tails. He glances up at Appalachian’s ski lodge. Soon, its deck will be populated by red-cheeked children, chattering snowboarders, and non-skiers content to watch friends and family and strangers fade to dark dots, only to return at exhilarating speeds.

It’s the natural order of things on the mountain, part of a cycle Stanley loves. “We’re here so people don’t have to stay cooped up all winter. My job is really just to help people have a good time,” he says. “It’s sort of like this is my house, and I’m getting ready to throw a huge party.” And this time, you’re invited.