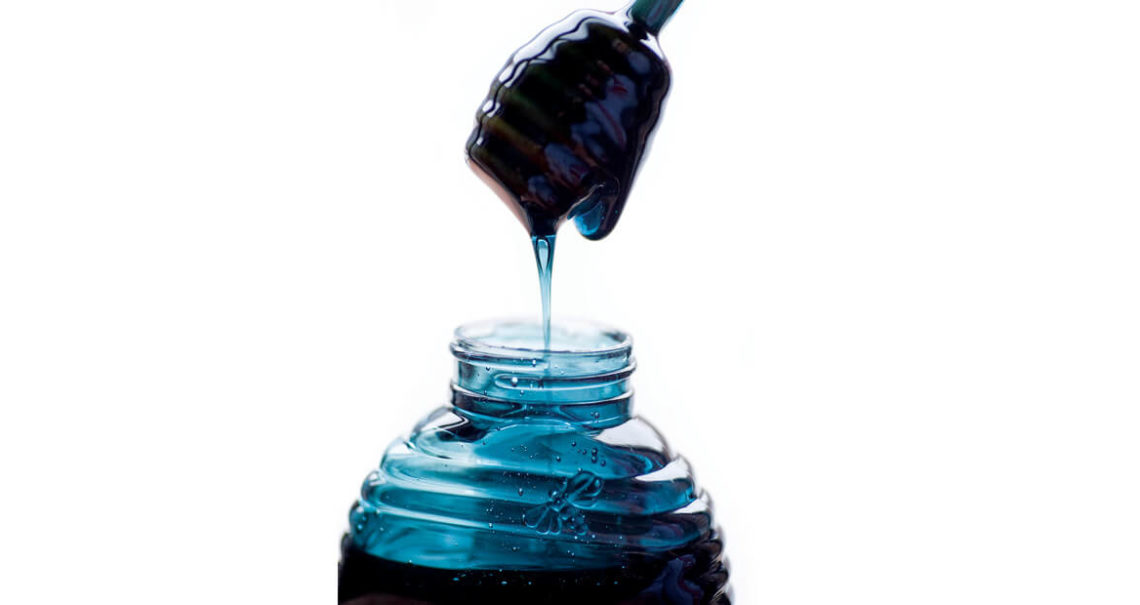 EDITOR’S NOTE: This story appeared in the April 2010 issue of Our State. Professor John Ambrose died in January 2015 after a short battle with brain cancer. Read his obituary in Raleigh’s News & Observer here.

Bill Sheppard figures he’s been in the beekeeping business for 69 years and 6 months — ever since a bee stung his mother three months into her pregnancy with him.

He was born into a family of beekeepers who raised the insects commercially. He’s kept bees all his life. Not long ago he retired from his position as a state apiary inspector, one of the official go-to guys for beekeepers across the state.

He knows bees. He knows what he sees. What he sees, he says, is true.

And when Sheppard began seeing honey as blue as the Carolina sky appear in his hives, and he tasted its unusual sweetness, he knew huckleberries growing in the sandy ground, underneath nearby pine trees, were the reason. He knew there had to be sweet-toothed bees carrying the yummy juices from the berries back to their hive and turning it into honey. Seeing is believing, right?

Not exactly, according to scientists.

At N.C. State University, Professor John Ambrose, an entomologist and assistant vice provost of undergraduate affairs and director of N.C. State’s First Year College program, performed a series of tests in the 1970s to pinpoint the source of the blue honey. The result: nothing is what it seems.

“It’s one of those things that people want to believe their eyes,” Ambrose says. “The best explanation is usually the simplest, but in this case, it’s not.” 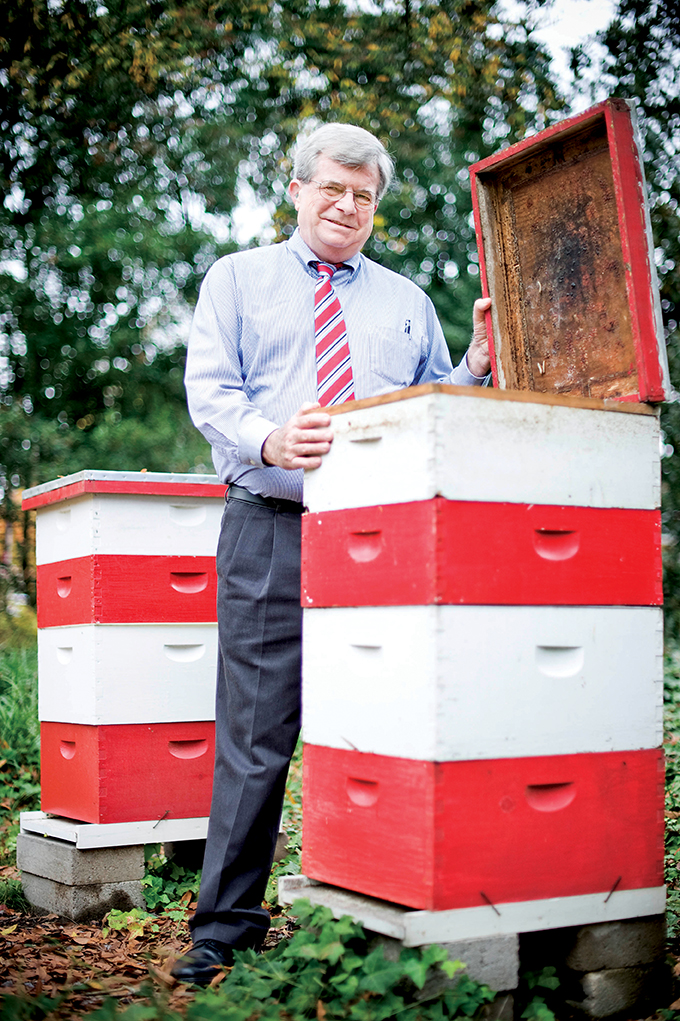 Honeybees do not have mouths strong enough to break the skin of berries or grapes, Ambrose says. They’re left to forage after larger insects have already done the damage. Moreover, most berries produce white or pink juice, not blue, Ambrose says.

The real proof, Ambrose says, is in the bee itself.

A quick biology lesson: Honeybees have a sack in their bellies called a honey stomach, meant for carrying nectar back to the hive. Back at the hive, a younger bee, called the house bee, puts the nectar into the honeycomb cells and turns it into honey.

While the honeybee flies and forages, it is fueled by the nectar in its honey stomach. When Ambrose field-stripped bees in his study, the bees arriving at the blue honey hives never had blue in their stomachs, but the bees leaving the hive did.

“That tells you something is happening to the nectar after it reaches the hive to change the color,” Ambrose says.

The scientists then collected as many blue flowers and plants as possible and soaked them overnight in the juices of the bees’ digestive tracts. By morning, the goo surrounding one specific flower, the sourwood, was tinged blue.

Ambrose did more tests. He found higher aluminum content in some of the blue flowers. Specifically, flowers on the Coastal Plain were slurping more aluminum out of the soil than in other places around the state. In the hive, that aluminum content reacts with the acidity being added by the house bees as they turn the nectar into honey. The amount of acidity, Ambrose believes, plays a role in creating blue honey.

Ambrose concluded that some of that aluminum ended up in the flowers’ nectar, was transferred to the hive, then added to the bees’ acidic digestive fluid to make blue honey.

Still, Ambrose says this theory means accepting what you can’t see to be true.

“You have to take it as an act of faith that what I told you is happening, actually is,” he says. “I’ve got some pictures. I’ve got slides. But if you are out there watching the bees and you see the berries, it’s easier to say it came from the berry.”

That’s why theories are everywhere outside Ambrose’s office. Some beekeepers, like Sheppard, swear the berries are to blame for the odd blue honey, which appears intermittently at most, and only in limited hives near the state’s Coastal Plain. Also, the blue turns to brown over time, and several keepers say the sweet taste also fades.

Other keepers suspect it might be nectar from the kudzu that grows rampant over nearby fields and forests. Near Dunn, keepers with traces of blue in their hives point to the grapes the bees frequent. And in the eastern part of the state, beekeepers are watchful of the plant Summer Titi, or southern leatherwood.

Whichever theory a beekeeper chooses, chances are, by the time you’ve paid for your jar of blue honey at that roadside stand, he’ll have you believing, too. “They’re pretty adamant,” says Don Hopkins, state apiarist. “Beekeepers are ornery.”