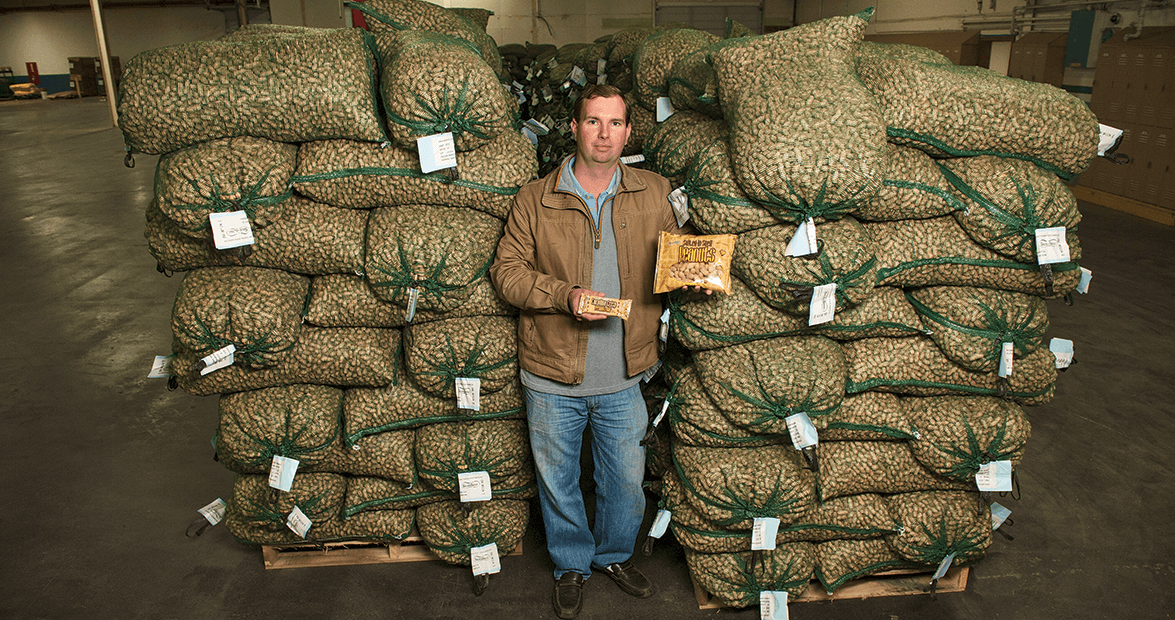 A Carolina Crisp Peanut Bar doesn’t surprise you. The outside wrapper is sealed tighter than a present, but you know what’s inside. The foil wrapper has a picture of shelled peanuts. The name across the front isn’t a disguise, either. When you buy a Carolina Crisp Peanut Bar, you know what you’re getting — a thin, crispy bar of eastern North Carolina peanuts stuck together with a sugary, salty coating.

Lee Swinson knows exactly what goes into every 2.82-ounce peanut bar produced at The Golden Grove Candy Company in Warsaw. He bounces between the more than 2,000-acre peanut farm he owns with his father and the 250,000-square-foot peanut plant and the 9,000-square-foot candy factory.

“It’s a lot of work,” Swinson says. “I start off with each one as a little seed and see that they’re harvested, stored, and processed.”

Swinson purchased the candy company in 2007, but the recipe for the Carolina Crisp Peanut Bar hasn’t changed in 30 years. When those bars leave Duplin County, they carry eastern North Carolina peanuts around the world. Swinson ships candy as far as England and Sweden.

As proud as Swinson is of his peanuts and his peanut bars, once a bar is sealed in its package, he won’t tear into it and take a bite.

“While they’re making it, I’ll eat what’s cut off or one that’s broken,” Swinson says. “But after it’s wrapped, I usually can’t bring myself to open it back up to eat one.”

68%: amount of the Carolina Crisp bar made up of peanuts.